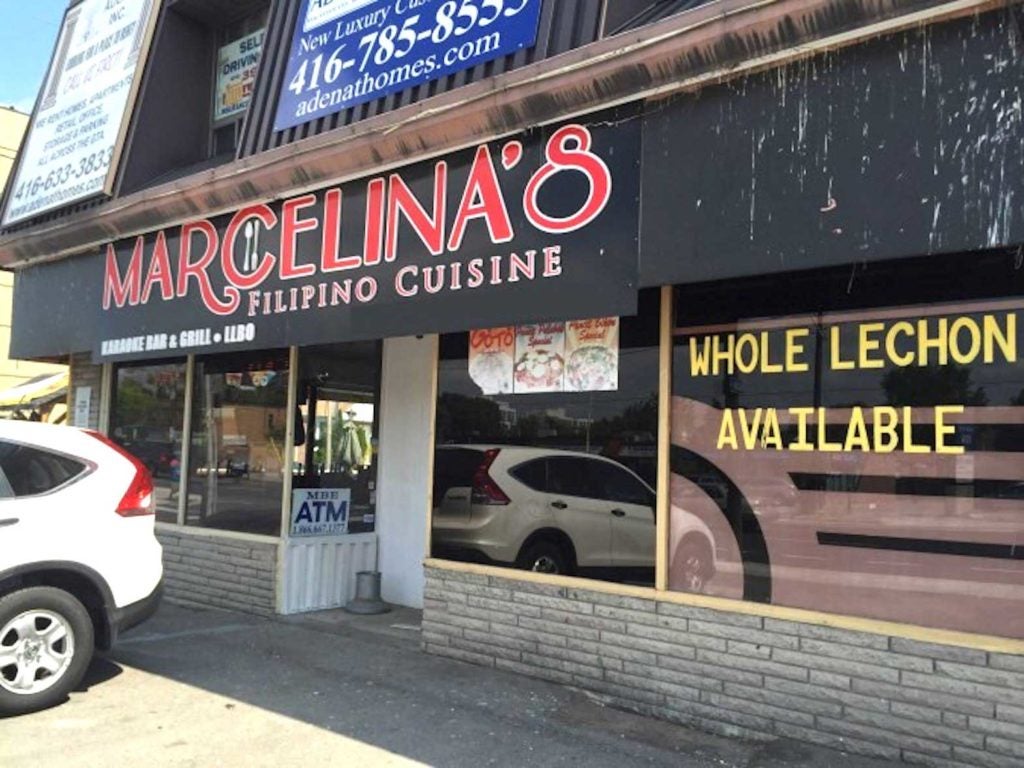 TORONTO — Police are looking for those responsible for an apparent drive-by shooting in Little Manila.

Around 9:25 p.m. Wednesday, callers to 911 reported an unknown gunman in a red car firing into the patio of Marcelina’s Filipino Restaurant at 355 Wilson Avenue, according to a Toronto Sun report.

One person was struck in the shoulder, and was rushed to hospital with serious, non-life-threatening injuries.

A second person was treated at the scene by paramedics after being grazed in the back by a bullet.

Other shots from the gunman struck the restaurant’s front window, a chair and a wall.

About two hours later, police were called to a restaurant at Bloor St. West and Brock Ave. for reports of somebody shooting through the front door. Nobody was hurt.