Most and least diverse U.S. states 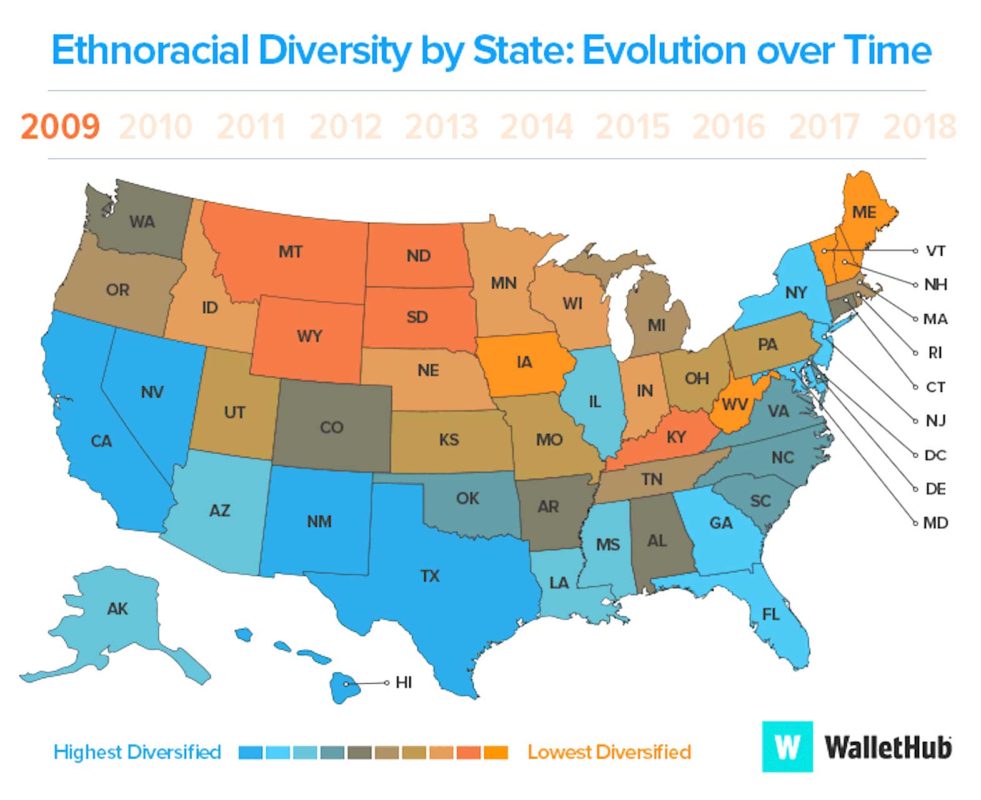 This year, racial diversity has had a prominent place in the news, as widespread protests that began with a focus on police brutality sparked larger conversations on various forms of racial inequality.

But while discussions on race are important, U.S. diversity spans far more than just racial lines. The U.S. population reflects a mix of not just races and ethnicities but also cultures, religions, economic statuses, educational backgrounds and other characteristics. These groups come together in everyday life, influencing and experiencing one another.

To determine where the most idea and identity exchanges have occurred at the highest level in the U.S. — and where the population is relatively more homogeneous — the personal-finance website WalletHub compared the 50 states across six key categories: socio-economic, cultural, economic, household, religious and political diversity.

WalletHub released its report on 2020’s Most & Least Diverse States in America, as well as accompanying videos:

To view the full report and your state’s rank, please visit:
https://wallethub.com/edu/most-least-diverse-states-in-america/38262/