What is the risk of catching the coronavirus on a plane? 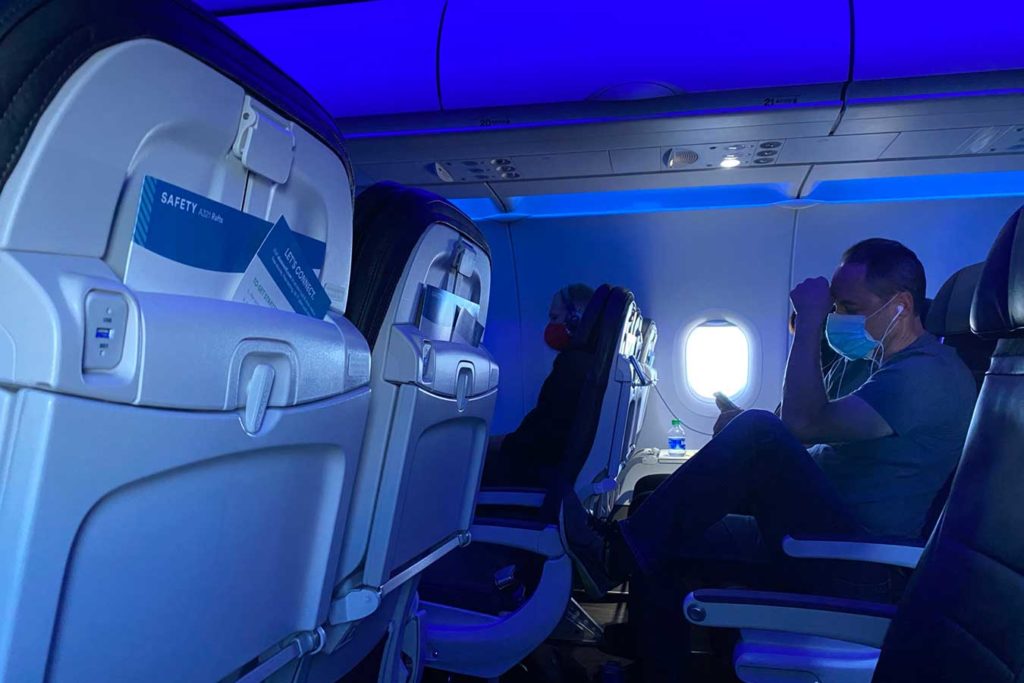 Florida Gov. Ron DeSantis tried to alleviate fears of flying during the pandemic at an event with airline and rental car executives.”The airplanes have just not been vectors when you see spread of the coronavirus,” DeSantis said during a discussion at Fort Lauderdale-Hollywood International Airport on Aug. 28. “The evidence is the evidence. And I think it’s something that is safe for people to do.”

Is the evidence really so clear?

DeSantis’ claim that airplanes have not been “vectors” for the spread of the coronavirus is untrue, according to experts. A “vector” spreads the virus from location to location, and airplanes have ferried infected passengers across geographies, making COVID-19 outbreaks more difficult to contain. Joseph Allen, an associate professor of exposure assessment science at Harvard University called airplanes “excellent vectors for viral spread” in a press call.

In context, DeSantis seemed to be making a point about the safety of flying on a plane rather than the role airplanes played in spreading the virus from place to place.

When we contacted the governor’s office for evidence to back up DeSantis’ comments, press secretary Cody McCloud didn’t produce any studies or statistics. Instead, he cited the Florida Department of Health’s contact tracing program, writing that it “has not yielded any information that would suggest any patients have been infected while travelling on a commercial aircraft.”

Florida’s contact tracing program has been mired in controversy over reports that it is understaffed and ineffective. For instance, CNN called 27 Floridians who tested positive for COVID-19 and found that only five had been contacted by health authorities. (The Florida Department of Health did not respond to requests for an interview.)

In the absence of reliable data, we decided to ask the experts about the possibility of contracting the virus while on a flight. On the whole, airplanes on their own provide generally safe environments when it comes to air quality, but experts said the risk for infection depends largely on policies airlines may have in place regarding passenger seating, masking and boarding time.

So How Safe Is Air Travel?

According to experts, the risk of catching the coronavirus on a plane is relatively low if the airline is following the procedures laid out by public health experts: enforcing mask compliance, spacing out available seats and screening for sick passengers.

“If you look at the science across all diseases, you see few outbreaks” on planes, Allen said. “It’s not the hotbed of infectivity that people think it is.”

Airlines frequently note that commercial planes are equipped with HEPA filters, the Centers for Disease Control-recommended air filters used in hospital isolation rooms. HEPA filters capture 99.97% of airborne particles and substantially reduce the risk of viral spread. In addition, the air in plane cabins is completely changed over 10 to 12 times per hour, raising the air quality above that of a normal building.

“The greatest risk in flight would be if you happen to draw the short straw and sit next to or in front, behind or across the aisle from an infector,” said Richard Corsi, who studies indoor air pollution and is the dean of engineering at Portland State University.

The reason for this is that infected people send viral particles into the air at a faster rate than the airplanes flush them out of the cabin. “Whenever you cough, talk or breathe, you’re sending out droplets,” said Qingyan Chen, professor of mechanical engineering at Purdue University. “These droplets are in the cabin all the time.”

This makes additional protective measures such as mask-wearing all the more necessary.

Chen cited two international flights from earlier stages of the pandemic where infection rates varied depending on mask use. On the first flight, no passengers were wearing masks, and a single passenger infected 14 people as the plane traveled from London to Hanoi, Vietnam. On the second flight, from Singapore to Hangzhou in China, all passengers were wearing face masks. Although 15 passengers were Wuhan residents with either suspected or confirmed cases of COVID-19, the only man infected en route had loosened his mask mid-flight and had been sitting close to four Wuhan residents who later tested positive for the virus.

Traveling Is Still a Danger

Even though flying is a relatively low-risk activity, traveling should still be avoided unless absolutely necessary.

“Anything that puts you in contact with more people is going to increase your risk,” said Cindy Prins, a clinical associate professor of epidemiology at the University of Florida College of Public Health and Health Professions. “If you compare it to just staying at home and quick trips to the grocery store, you’d have to put it above” that level of risk.

The real danger of traveling isn’t the flight itself. However, going through security and waiting at the gate for your plane to dock are both likely to put you in close contact with people and increase your chances of contracting the virus. In addition, boarding — when the plane’s ventilation system is not running and people are unable to stay distanced from one another — is one of the riskiest parts of the travel process. “Minimizing this time period is important to reduce exposure,” wrote Corsi. “Get to your seat with your mask on and sit down as quickly as possible.”

All in all, it’s too early to determine how much person-to-person transmission has occurred on plane flights.

Julian Tang, an honorary associate professor in the Department of Respiratory Sciences at the University of Leicester in England, said he is aware of several clusters of infection related to air travel. However, it is challenging to prove that people have caught the virus on a flight.

Katherine Estep, a spokesperson for Airlines for America, a U.S.-focused industry trade group, said the CDC has not confirmed any cases of transmission onboard a U.S. airline.

The absence of confirmed transmission is not necessarily evidence that fliers are safe. Instead, the lack of data reflects the fact that the U.S. has a higher infection rate relative to other countries, said Chen. Since the U.S. has so many confirmed cases, it’s more difficult to determine exactly where somebody contracted the virus. ​