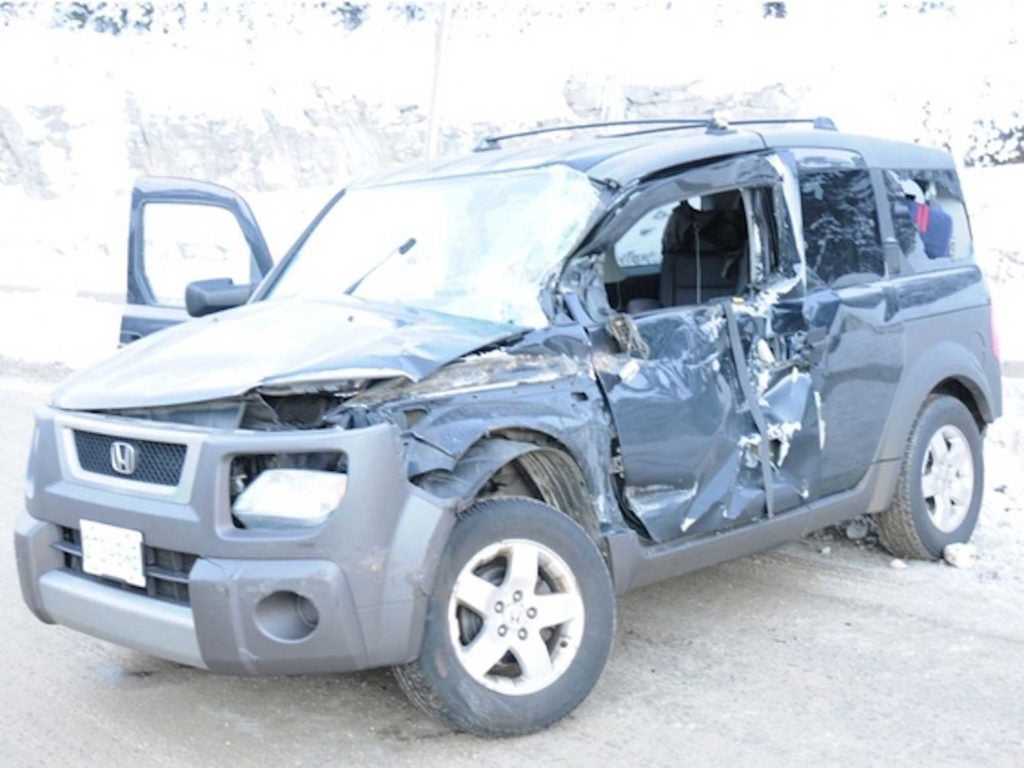 Johnberlyn Uy suffered a brain injury when his car collided with a truck in a Canadian highway. PNG

VANCOUVER, BC – The British Columbia Supreme Court last week awarded $9 million to a Filipino Canadian who suffered a severe brain injury in a vehicle crash on the Coquihalla Highway six years ago.

Johnberlyn Uy was in a Honda Element on the highway with his girlfriend, Cezza De Leon, in the early hours of Jan. 31, 2014 when his car collided with a truck, according to report in the Cowichan Valley Citizen.

A tractor trailer driven by the defendant Daljit Singh Dhillon moved into Uy’s lane “suddenly and without warning” causing Uy to take evasive action. Uy lost control of his vehicle and struck the back end of the truck, according to an agreed statement of facts in the decision posed on the BC Supreme Court’s website on Sept. 2, 2020,

Uy, now 45, was hospitalized with severe head injuries and later showed significant and lasting cognitive difficulties. His care has reportedly cost hundreds of thousands of dollars.

“Mr. Uy is capable of making a cup of instant coffee and perhaps spreading peanut butter on bread, but not much else,” according to Elvis Amurao, Uy’s cousin who knew him from the Philippines where he grew up.

Amurao was a licensed doctor in the Philippines before he immigrated to Canada in 1998. He now works as a registered nurse and, with his wife, Gertrudes Amurao, has been taking care of Uy.

Experts testified that Uy has zero ability to live independently and will require constant care by the Amuraos.

BC Supreme Court Justice Ronald Skolrood awarded damages to Uy of $7.2 million for cost of future care, and other damages, including future lost earning capacity, special damages, and others totaling $9.1 million.