In the Belly of ICE 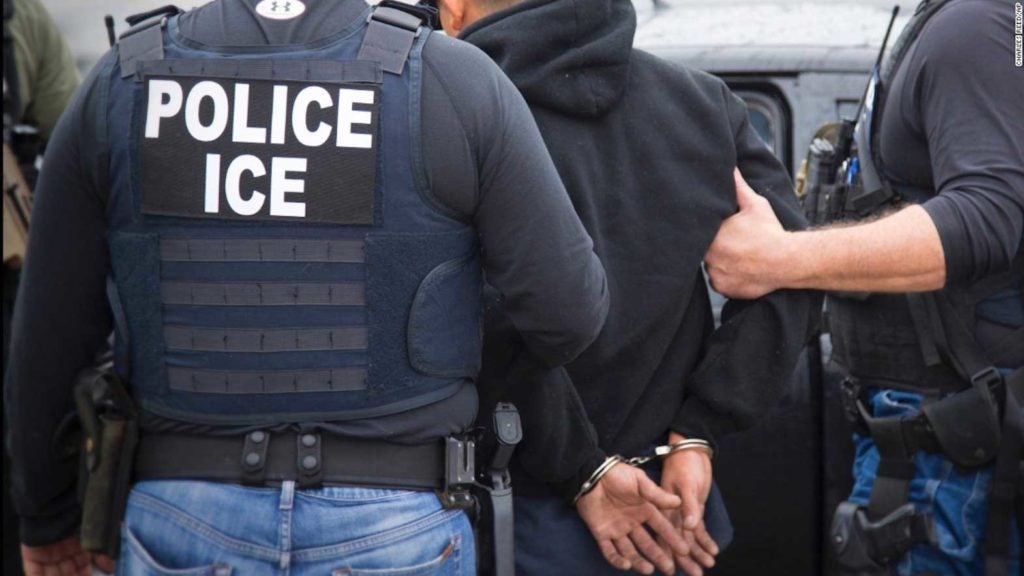 NEW YORK—Those who wish to get an accurate picture of what goes on in ICE, or the Immigration and Customs Enforcement agency of the United States, would do well to watch Immigration Nation, a powerful and moving six-hour series on Netflix. Filmmakers Christina Clusiau and Shaul Schwarz received official permission to embed themselves over two years with the agency, documenting the procedures ICE utilizes in carrying out the hard-line immigration policies of the Trump administration.

Roaming around in the belly of the beast, Clusiau and Schwarz conducted interviews with agents and their supervisors, from the Rio Grande on the southern border with Mexico, to New York City. The couple spoke to asylum seekers from Mexico, Guatemala, and other Central American nations and visited some of these countries where they looked up families of those detained in El Norte.

The series depicts the material assistance, often including legal counsel, nonprofit humanitarian organizations extend to those ensnared in the ICE dragnet. Done cinema verité style, Immigration Nationreveals the inhumanity that too often is on display, with some agents gleefully carrying out arrests of both those who have just crossed the border and those undocumented who have been leading peaceful lives—in some cases, for decades—paying taxes, contributing to Social Security (and from which many may not be able to collect in their later years), and otherwise conducting themselves as honest, hard-working members of their communities. A number of them are swept up in raids that seem to have been driven in large part by a quota system, i.e., the enforcement officers instructed to bring in a certain number every time.

One of ICE’s PR representatives comes across as a smooth-talking character who evades any discussion of the moral and ethical issues underlying ICE’s policies. At one town hall meeting, he is confronted by community members disturbed by the aggressive actions of ICE. The man, deploying platitudes as a smokescreen, has all the charm of a snake-oil salesman.

Much of what is filmed is infuriating: an ICE agent picking a lock to unlawfully enter an apartment, supposed outstanding citizens exploiting undocumented workers. Much is heart-rending: a father separated from his daughter, an ex-Marine who had been deported for a minor offense tearfully pleading his case. In one instance, a grandmother who along with her granddaughter sought asylum was detained by ICE for 17 months. She had gotten death threats from MS-13 (Mara Salvatrucha), a gang that has its roots in El Salvador, as she had refused to hand her 12-year-old granddaughter to one gang member for a forced marriage. The granddaughter was subsequently released to her mother living somewhere in the US, but the abuela herself was incomprehensibly deported, in all likelihood to her death.

The agency previewed the final cut, didn’t like what it saw, and attempted to block the film’s release with a lawsuit against the couple, threatening them with the considerable weight of the federal government. But the federal courts ruled in favor of the filmmakers, thus allowing the film to be released.

Too often, the rationale given by many of the enforcement officers is, “I am simply doing my job” or “Somebody has to do it.” It isn’t that many are consciously evil. It’s that by compartmentalizing their work they enable racist, inhumane acts to be carried out—what Hannah Arendt terms “the banality of evil.” In a New York Times interview, Becca Heller, the director of the International Refugee Assistance Project, said, “The brilliance of the system is that their job has been siphoned off in such a way that maybe what they see day to day seems justified, but when you add it up, all of the people just doing their job, it becomes this crazy terrorizing system.”                                                                                                 Coincidentally I happen to have a new collection of poems from an old friend, the multilingual poet Indran Amirthanayagam’s, The Migrant States (New York: Hanging Loose Press, 2020) that draws inspiration from Walt Whitman’s emblematic embrace of the multitudes, his own experience as a diplomat, and the stories migrants themselves tell. Amirthanayagam’s narrative poems in a way also utilize the cinema verité approach. In one moving work, “The Migrant’s Reply” can be heard the imagined, plaintive cry that the migrants pictured in the documentary can claim as their own:

What happened / to kindness to strangers? Why do we have to be herded like prisoners, held / in a holding camp? We are human beings and, like you, in safer countries, / we have the same obligation to save ourselves and our children. / Oh, the children. / Look at them. Give them food and school and a new set of clothes. / Give them / a chance. Whether you are red or blue the eye of the hurricane does not / discriminate. We are your tumbling weeds, hurling cars / flooding banks. And/ We are diggers of the dikes. We can teach you so many languages / and visions. / You would learn so much: you would never ever say lock us up.”