US economy plunged an annualized 31.7% in second quarter 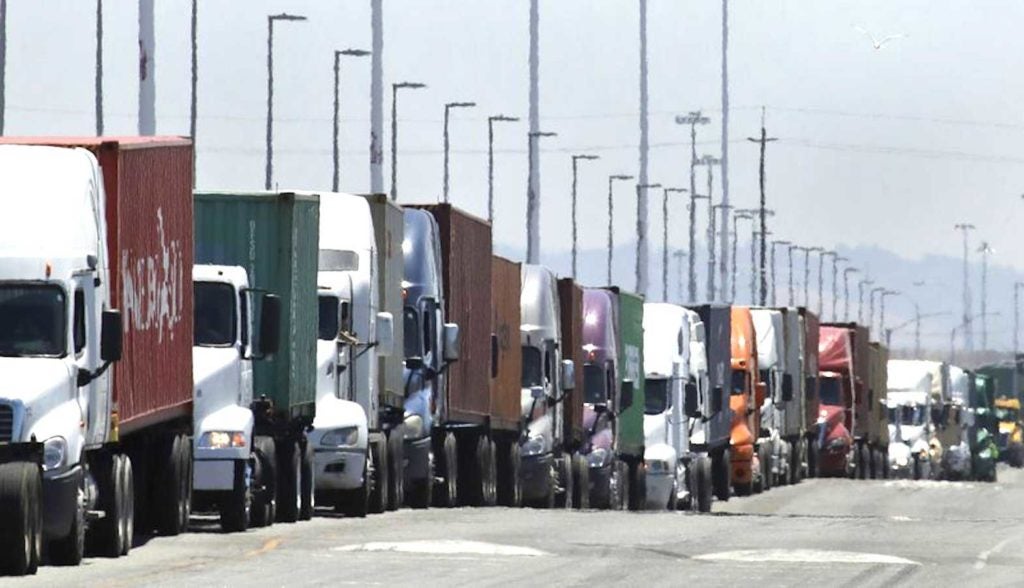 In this July 22, 2019 photo, trucks hauling shipping containers wait to unload at the Port of Oakland, California.(AP Photo/Ben Margot, File)

BALTIMORE — The U.S. economy shrank at an alarming annual rate of 31.7% during the April-June quarter as it struggled under the weight of the viral pandemic, the government estimated Thursday. It was the sharpest quarterly drop on record.

The Commerce Department downgraded its earlier estimate of the U.S. gross domestic product last quarter, finding that the devastation was slightly less than the 32.9% annualized contraction it had estimated at the end of July. The previous worst quarterly drop since record-keeping began in 1947 was a 10% annualized loss in 1958.

Last quarter, businesses shuttered and millions of workers lost jobs as the world’s largest economy went into lockdown mode in what succeeded only fitfully in limiting the spread of reported viral infections. The U.S. economy fell an annualized 5% in the first three months of the year as the coronavirus began to make its presence felt in February and March.

A bounce-back in hiring as many businesses reopened suggested that the economy began to recover in June with third quarter growth estimated to be around 20% annualized. But economists say a full recovery remains far off given that the virus has yet to be contained and the government’s financial support has faded.

“As we approach the fall, we see four important risks for the economy: a failure to provide further fiscal stimulus, a second wave of Covid-19 infection during the flu season, major election uncertainty and rising trade tensions with China,” said Lydia Boussour, senior U.S. economist at Oxford Economics.

Unemployment is still high at 10.2%, and roughly 1 million people are applying for jobless aid each week even as the amount of aid they receive has shrunk. Consumer confidence has tumbled. Though the stock market and home sales are surging, the broader economy shows signs of stalling, and millions face potential evictions from their homes.

The challenges reflect the unusual nature of the downturn. Many U.S. households have increased their savings and paid off debt—which could either signal a hesitancy to spend as they have in the past or pent-up demand that could be unleashed once the pandemic ends.