16.6M people of color purged from US voter lists

A massive voter purge has made millions of voters ineligible to vote in the Presidential election in November.

In a number of states, voters who have not voted in a couple of past elections are moved to an inactive list. Some states require voters to re-register every two years. Few states have same day registration.

“People believe when they registered to vote that they are registered forever,” said Andrea Miller, founder of Reclaim Our Vote, at an Ethnic Media Services briefing on the voter purge and barriers which may prevent immigrants and people of color from voting this fall. 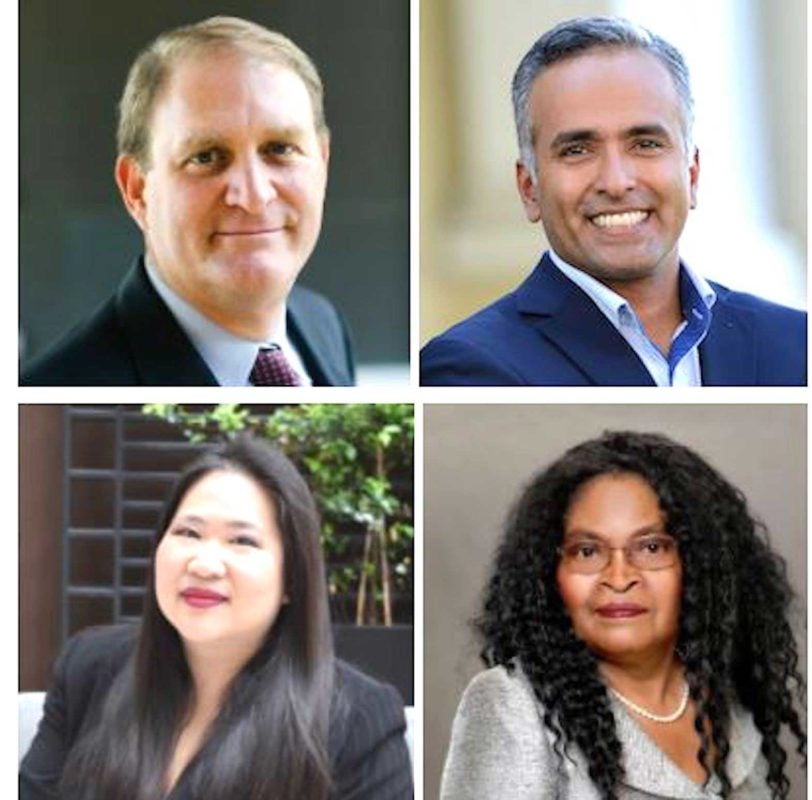 Other speakers at the briefing included Stanford University law professor Nathaniel Persily, co-founder of HealthyElections.org, which offers guidance to local election officials on how to conduct elections amid the COVID-19 pandemic.

The pandemic has also led to a shortage of poll workers, who are traditionally elderly people, and most vulnerable to becoming seriously ill or dying from a COVID infection, said Persily.

Miller stated some states are deliberately keeping people of color away from the voting booth. In North Carolina, 28 percent of the population are people of color: 1.3 million people have been de-activated from voting.

Up to 13 million people in Texas are eligible to vote, in a state where people of color make up more than one-third of the population. The state has de-registered 5.1 million eligible voters, according to Miller: about 38 percent of its voting population. Smaller states, such as Mississippi and Georgia, home to large Black populations, have also de-registered voters in large numbers.

Miller said she is counting on young, tech-savvy people to get de-activated voters re-registered to counter the voter purge in time for the Nov. 3 general election.

Persily said that the pandemic has dramatically reshaped the way Americans will vote this fall. “We need to move as many voters as possible to vote by mail. We also need to retrofit our polling places as much as possible to avoid risks to voters and poll workers,” he said.

President Donald Trump has complicated the issue by saying the ability to vote by mail will lead to massive fraud. Persily countered the President’s claims, saying there is no extensive history of vote by mail fraud. Typically, older White Republicans account for the largest share of mail-in voters, but that is shifting, said Persily, noting that greater numbers of Democrats will vote by mail this year.

The new U.S. Postmaster General Louis DeJoy has also deepened the crisis, slashing postal service hours and overtime. On Aug. 21, DeJoy told a Senate panel that mail-in ballots would be prioritized and would be delivered in time to meet the deadline for counting. He brushed off senators’ outcries of tampering with elections.

Persily said there will be significant polling place consolidation, particularly in communities of color, leading to longer wait times in possibly risky conditions.

“We don’t have enough suitable facilities in which people can vote with social distancing,” he said, noting that personal protective equipment to keep poll workers safe will also be necessary, but procurement is a challenge.

Ramakrishnan shared the results of a survey undertaken by AAPI Data. As of Aug. 16, 54 percent of Asian Americans surveyed said they favored Democratic Presidential candidate Joe Biden, while 29 percent favored Trump. 16 percent said they were undecided.

But neither the Democratic Party nor the Republican Party has extensively courted the Asian American vote: 56 percent of Democrats and 59 percent of Republicans said they had not been contacted by their parties for voter outreach.

Traditional and ethnic media, including print, radio, and television, influences voter choices, said Ramakrishnan. Door to door outreach and face to face contact is the most effective method to connect with voters, followed by phone calls and mailers. Robo calls are the least effective way to engage voters, he said.

Asian Americans they’re less likely to live in battleground states, so they are less likely to receive voter outreach, said Ramakrishnan. The researcher cited the 2018 elections,noting that the AAPI vote was the margin of victory in several key Congressional races, flipping districts from red to blue.

“So we really should be seeing more outreach than we’ve seen so far,” he said.

“I am excited to see the Asian American electorate so energized,” said Minnis of AAJC, adding however that AAPIs have yet to maximize their political power.

Asian Americans are 17 percent less likely to register to vote than their white counterparts, but — once registered — their participation in elections is equal to or higher than white voters, said Minnis.

Voting materials are distributed in several Asian American languages in 12 states, and voters who need language assistance can bring someone with them to the polls. Asian Americans can also vote by mail and receive support from family members proficient in English, said Minnis.