Ninoy’s nephew Bam: ‘Power must go back to the people’ 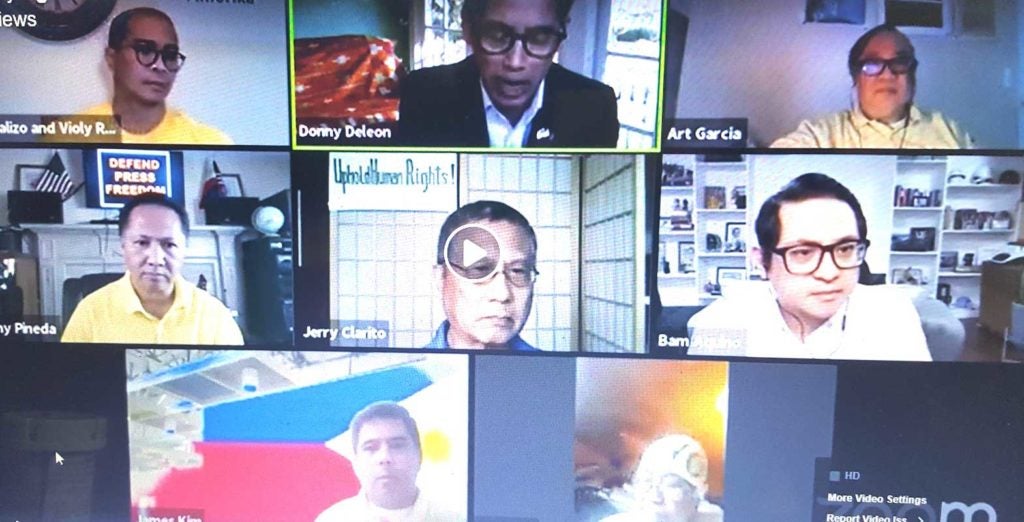 SAN FRANCISCO – Ninoy Aquino’s family did not expect the throngs who came to the assassinated senator’s wake and marched in his funeral, his nephew, former Senator Paolo Benigno “Bam” Aquino IV revealed in a video call marking his uncle’s 37th death anniversary.

During the video conference hosted by the Filipino American Human Rights Alliance (FAHRA), Bam Aquino recalled his uncle’s sacrifices, which ultimately led to his assassination at the Manila International Airport tarmac as he returned home from exile in 1983, and reiterated his relevance today.

“Bam” Aquino IV, son of Ninoy’s younger brother Paul, said he did not have the chance to be close to his Tito Ninoy. He said the only times he saw his uncle was when their family visited him in prison at Fort Bonifacio, when Bam was a three-year-old toddler.

Bam said his dad was in shock and could not believe that his brother was dead. His Lola Aurora, mother of Ninoy and Paul, refused to have Ninoy’s body made up and dressed for the viewing: Doña Aurora wanted the world to see “what they have done to my son.”

The distraught members of the Aquino family were startled by the outpouring of support and emotion by the thousands who came to view Ninoy’s remains in his home at Times Street in Quezon City.

Ninoy’s remains were eventually brought to Santo Domingo Church and, on August 31, 1983, the longest funeral march ever accompanied his body to the cemetery. The massive march was even noted by the Guinness Book of World Records.

Bam said three words voiced by the mourners–“Hindi Ka Nag-iisa (You are not alone)”– resonated with him. “It might have started out as a whisper, but it became the battle cry of the people,” who three years later overthrew the Marcos dictatorship.

After his uncle’s death, Bam said he witnessed the transformation of Filipinos, from being scared to speak out to boldly fighting for a common cause.”

“The present regime has taken away people empowerment, has taken away our belief in what Filipinos can achieve and that we can actually get over systemic and endemic problems,” Bam claims. “The power needs to go back to the people. Power was not with the people and was concentrated in a few families and brought our country to ruins.”

“It is also important to note that Uncle Ninoy was not the only one killed, tortured, arrested and jailed. The older generation must share with the present generation what really happened during that time.

“We all should be offended by efforts to revise what really happened in history. We were witnesses to what we underwent. Historical revisionism is a slap in our faces, the height of being rude and contemptuous to all have been killed and tortured. The fake news machinery is heavily-funded, well-oiled and solicited professional help to mislead the Filipino people,” he added.