Compare and contrast Biden and Trump 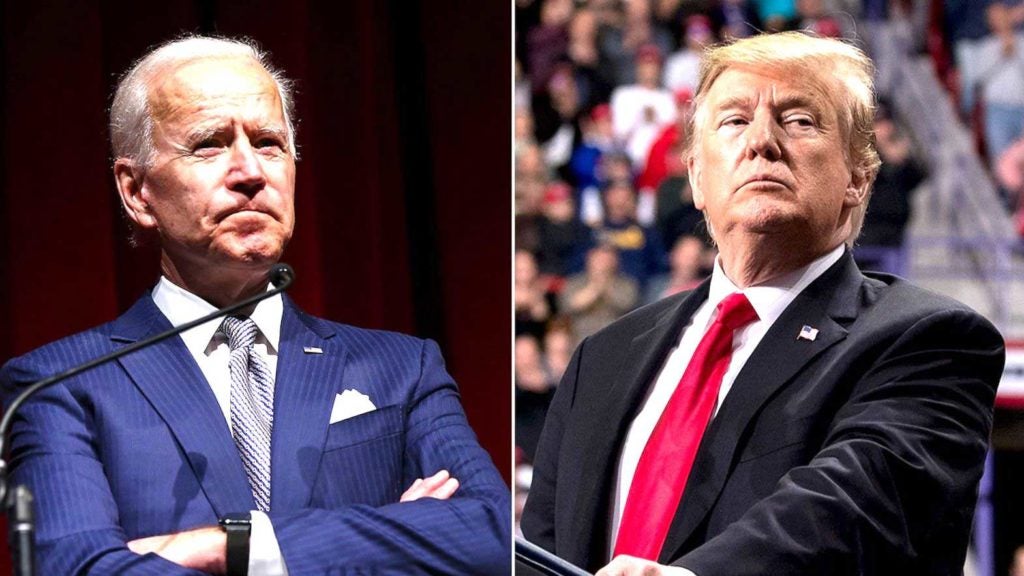 Filipinos have been among the Trumpiest Asian Americans. But will they be this year?

When Day 4 of the Democratic National Convention was over, Joe Biden and Kamala Harris stood with their spouses on an outdoor stage in Wilmington, Delaware and watched the fireworks burst skyward. I’d expect the convention bounce poll numbers to boom similarly.

The candidates deserved the fireworks. Despite a convention compromised by Covid, the Democrats made their case repeatedly and successfully throughout the week.

And it focused around the stark contrast between the character of the two men running for president.

Basically, the message was Joe Biden is a church-going Catholic. And Trump, he hopes you forget that “Access Hollywood Video” that surfaced a year ago.  So, compare and contrast.

As the Day 4 host, HBO “Veep” star Julia Louis-Dreyfuss took several comic digs at Trump: “Joe Biden goes to church so regularly, he doesn’t need tear gas and troops to help him get there.”

Yes, she actually joked about the day Trump cleared out protesters in order to walk from the White House to a nearby church for a bible-holding photo op.

But that quip was emblematic of the convention’s goal of highlighting the clear differences between Biden and the incumbent.

Donald Trump was portrayed as the rich Scrooge who will cut taxes even further, including the tax that  funds Social Security. He’s the guy who rewards his rich donor friends with top jobs that allow them to destroy public education (Betsy DeVos) and the Post Office (Louis DeJoy) for fun.

Trump’s the one with top White House aides and associates (Steve Bannon, Paul Manafort, Michael Cohen, et al.) ,who as if on cue (Bannon) get indicted on federal charges or spend time in jail.

Trump’s the one who doesn’t trust our public health experts and lets 170,000 Americans die.

Trump’s the one who coddles up to authoritarians in Russia, Saudi Arabia, and North Korea, and whose questionable leadership threatens our democracy, abroad and at home.

Trump’s the “coward-in-chief,” as Sen. Tammy Duckworth called him last night.  The first Asian American of Thai descent elected to the Senate, Duckworth pointed out Trump’s most dangerous failures. Specifically, she criticized him for not standing up to autocrats, not reading intelligence briefings, and even ignoring intelligence reports that Russians offered bounties to kill U.S. troops in Afghanistan.

She said Joe Biden would at least read everything that crosses his desk. Makes a difference.

“As president, Joe Biden would never let tyrants manipulate him like a puppet,” Duckworth said. “He would never pervert our military to stroke his own ego. He would never turn his back on our troops…Donald Trump doesn’t deserve to be commander-in-chief for another four minutes, let alone another four years. Our troops deserve better. Our country deserves better.”

It was a damning assessment from Duckworth, a Blackhawk helicopter pilot, a double amputee, and Purple heart honoree from the Iraq War. I still remember her at the 2008 convention, walking up to the podium with her prosthetic legs and crutches and commanding the audience’s attention. Last night, she was a perfect proxy for Biden to begin the attack on Trump.

But being a tough leader is just one aspect of Biden.

Braydon Harrington, a 13-year-old boy from New Hampshire, told his story on day 4, and it made me think of my dad. Harrington has a debilitating stutter. My dad spoke with a thick Filipino accent. So did my mother.  You don’t think they’re accents held them back?

Harrington said when he met Biden, the vice president told him how he too suffered from a stutter, and showed how he marks up scripts to make sure he could overcome that disability…

“We were members of the same club,” Harrington said. “Joe Biden cares. Imagine what he can do for all of us.”

That’s Biden, the empathetic devout Catholic. A nice guy. He stutters like you. He feels your pain. He knows pain. He lost a wife and daughter to a car accident. He will do something about your pain. That was the repeated message drummed in over the four days. He cares. About everyone. Even Filipinos?

But could he deliver a leader’s address? Would Day 4 top the history-making moments of day 3, with Kamala Harris and Barack Obama?

Biden was up to it.

An Ally of the Light, Not the Darkness

On Thursday night, Biden was tough, firm, and strong, with a hint of anger. He didn’t overdo it for the Zoom room. He hit the right personable tone of the kind of leader we’ve been missing the last four years.

Someone who can be tough and empathetic at the same time.

He started with a quote from Ella Baker, the legendary civil rights activist, who said “Give people light and they will find a way.”

Biden called them words of our time.

“The current president has cloaked America in darkness for much too long. Too much anger. Too much fear. Too much division,” Biden said. “Here and now, I give you my word: If you trust me with the presidency, I will draw on the best of us, not the worst. I will be an ally of the light, not of the darkness. It’s time for us. For we the people to come together. For make no mistake: united, we can and will overcome this season of darkness in America. We will choose hope over fear, facts over fiction, fairness over privilege…It is with great honor and humility that I accept this nomination for President of the United States of America.”

The opening words were all you needed. Biden talked about winning the soul of America, and in those first few minutes, I think he did. In his 24-minute speech, he invoked FDR’s New Deal and sounded like the kind of leader who could give an empathetic fireside chat for today’s pandemic-riddled world.

Trump doesn’t do that kind of thing.

Biden then pointed to the current president’s “accomplishments” fighting the virus.

“We lead the world in confirmed cases. We led the world in deaths. Our economy is in tatters, with Black, Latino, Asian American and Native American communities bearing the brunt of it. And after all this time, the president still does not have a plan. Well, I do.”

Biden said from day one, he’ll implement a national strategy with testing, make supplies and PPE available. Make sure schools are safe. He said he’ll put politics aside, “so the public gets the information they need and deserve. The honest, unvarnished truth.”

His plan also includes a national mandate to wear a mask. “Not as a burden, but to protect each other,” Biden said. “I will do what should have been done from the beginning. Our current president has failed in his most basic duty to this nation. He failed to protect us. He failed to protect America. And, my fellow Americans, that is unforgivable. As president, I will make this promise: I will protect America. I will defend us from every attack. Seen. And unseen. Always. Without exception. Every time.”

All four days of the convention were reminders of what leadership used to sound like. We felt it when Barack Obama spoke on Wednesday.  On the convention’s last day, Joe Biden was in charge.

The Bounce To Come?

Going into the convention, Biden and Harris had a double-digit lead on Trump in most national polls. The convention bounce should be sizable, since the differences between Biden and Trump were made so obvious.

Will Republicans be challenged to find credible ordinary people with nice things to say about Trump?

Can a QAnon person match a 13-year-old stutterer whom Biden reassured?

Republicans, like Colin Powell and John Kasich, and progressives, like Bernie Sanders, Zoomed in to say Joe Biden is the one to lead all of us out of our current national nightmare.

That’s as stark a contrast as it gets between the candidates from our two major parties. Beyond politics, the future of our democracy is on the line.

Let’s see how the Republicans counter this week. Do you want four more years of what we have?

Emil Guillermo is a journalist and commentator. He writes a column for the Inquirer.net’s North American bureau. Twitter @emilamok. Listen to his podcasts on amok.com.