Front-liners under 30 who have fallen to Covid 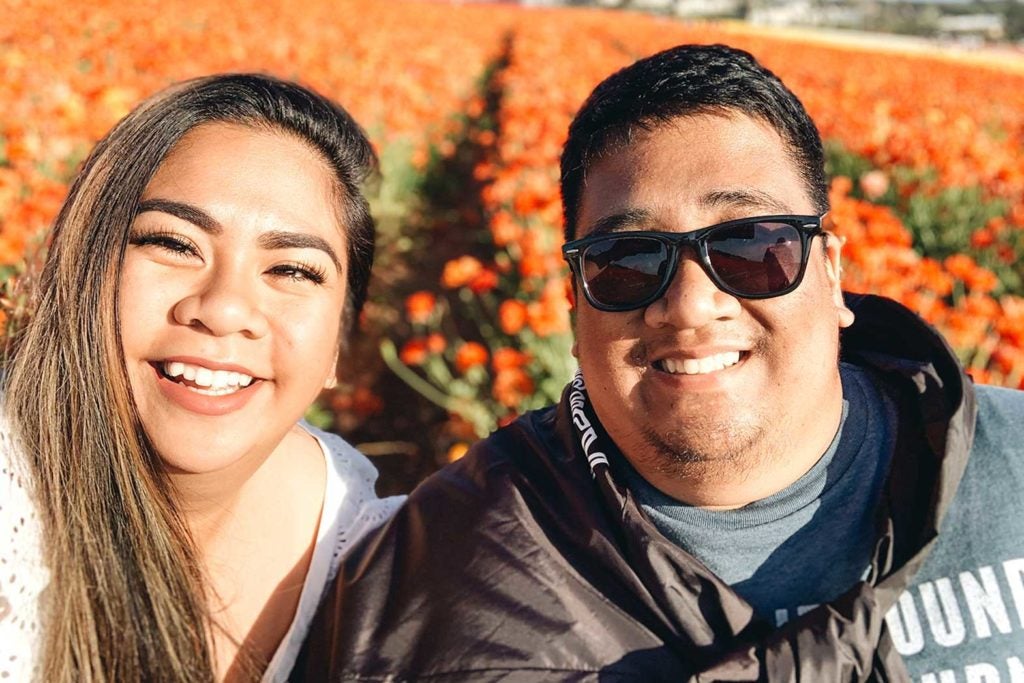 Siblings Jasmine and Josh Obra both tested positive for COVID-19 on the same day. Only one of them survived. (The Obra family)

Jasmine Obra believed that if it wasn’t for her brother Joshua, she wouldn’t exist. When 7-year-old Josh realized that his parents weren’t going to live forever, he asked for a sibling so he would never be alone.

By spring 2020, at ages 29 and 21, Josh and Jasmine shared a condo in Anaheim, California, not far from Disneyland, which they both loved.

Both worked at a 147-bed locked nursing facility that specialized in caring for elderly people with cognitive issues such as Alzheimer’s, where Jasmine, a nursing student, was mentored by Josh, a registered nurse.

Both got tested for Covid-19 on the same day in June. Both tests came back positive.

Yet only one of them survived.

While Covid-19 takes a far deadlier toll on elderly people than on young adults, an investigation of front-line health care worker deaths by the Guardian and KHN has uncovered numerous instances when staff members under age 30 were exposed on the job and also succumbed.

In our database of 167 confirmed front-line worker deaths, 21 medical staffers, or 13% of the total, were under 40, and eight (5%) fatalities were under 30. The median age of a Covid -19 death in the general population is 78, while the median age of health care worker deaths in the database is 57. This is in part because we are, by definition, including only people of working age who were treating patients during the pandemic — but it is also because, as health workers, they are far more exposed to the virus.

Young health care workers are at a “stage in their career and a stage of life at which they have so much more to offer,” said Andrew Chan, a physician at Massachusetts General Hospital and epidemiologist at Harvard Medical School. “Lives lost among any young people related to Covid really should be considered something that’s unacceptable to us as a society.”

As coronavirus cases surge — and dire shortages of lifesaving protective gear like N95 masks, gowns and gloves persist — the nation’s health care workers face disproportionate risk. Chan’s research has found that health care workers of any age are at least three times more likely to become infected than the general population, and the risk is greater if they are people of color or have to work without adequate personal protective equipment. People of color are also likelier to have inadequate access to PPE.

In interviews, relatives and friends of these younger victims described a particular and wrenching sorrow. Everything lay ahead for these front-line workers. They were just embarking on their careers. Some still lived in the family home; others were looking forward to getting married or had young children. Several parents of victims contacted by the Guardian and KHN said they were simply unable to talk about what had happened, so immense was their grief.

Some of the health care workers under 30 who have died from COVID-19:

Valeria Viveros, a 20-year-old nursing assistant, was “barely blooming,” said her uncle, Gustavo Urrea. She made ceviche for her patients at a nursing home in Riverside, California, and Urrea could see her visibly growing in self-confidence. When she first fell sick from the virus, she went to the hospital but was sent home with Tylenol. She returned several days later in an ambulance — her final journey.

“We’re all destroyed,” Urrea said. “I can’t even believe it.”

Dulce Garcia, 29, an interpreter at a medical facility in Chapel Hill, North Carolina, died in May. “It just doesn’t feel real,” said friend Brittany Mathis. Garcia was the one who wouldn’t let friends drive if they’d had too many drinks, and she loved going out to dance to bachata, merengue and reggaeton. “There were so many things she had unfinished,” Mathis said.

While people of any age with underlying conditions such as diabetes and obesity are at higher risk of a severe Covid-19 infection, the particular impacts of the virus on young adults are only now becoming clear. Angela Padula and Dennis Bradt became engaged in early February. On May 13, Bradt died of a heart attack as doctors tried to coax him off a ventilator. (Angela Padula)

Doctors in New York noticed that more younger patients than usual were presenting with strokes, to the point that “the average age of our stroke patients with large-vessel strokes” — the most devastating kind — “has come down,” said Thomas Oxley, a Mount Sinai medical system neurosurgeon. Covid-19 infections cause inflammation, and often blood clots, in blood vessels as well as the lungs.

Angela Padula thought that she and Dennis Bradt had done everything right.

Padula, 27, and Bradt, 29, became engaged on Feb. 8. She was a special-education teacher, and he was an addiction technician at Conifer Park, a private addiction treatment facility in Glenville, New York.

The couple wanted to save up for a few years for their wedding, but by early April, they had already purchased her engagement and wedding rings. Bradt, who had the sweeter tooth, had chosen a raspberry-swirl wedding cake.

After the pandemic hit, Bradt started showering when he got home from work. He and Padula wore masks when they went out, which was usually only for groceries or gas. They stopped visiting their immunocompromised parents.

On April 5, Bradt came down with a fever, stomach-bug symptoms and achiness, and went to the hospital. His Covid-19 test came back negative. Soon he couldn’t breathe. Another test proved positive. On April 16 he was put on a ventilator. In the process, he choked on his own vomit, which caused his lung to collapse.

Padula assumes Bradt was infected at work, and is unsure whether he had sufficient PPE. Conifer Park did not respond to queries, but according to local health authorities, 12 employees and six patients at the facility tested positive for Covid-19. Padula herself had symptoms so severe that she was taken to the emergency room in an ambulance.

She was not allowed to visit Bradt, and was quarantined alone at home, where she spent her 28th birthday, taking anxiety medication prescribed by her doctor.

On May 13, as doctors tried to coax Bradt off the ventilator, he suffered a heart attack, Padula said. She and Bradt’s mother were permitted to say goodbye to him. But “he was gone by the time we got there,” Padula said in an interview. “He didn’t look like himself,” swollen and festooned with tubes.

Today Padula is still sick. Pain in her arms, legs and back wakes her at night. She feels as though the virus has taken over her life.

“I have my days where it’s just too much to think about,” she said. “I’ll see people getting engaged on Facebook — it makes me mad. I want to be happy for them, but it’s very difficult for me to be happy. We were planning on having kids in a couple years.”

Less than two months before Josh and Jasmine Obra fell ill, Josh posted two pictures to Instagram: One was a photo of a fireworks display at Disneyland; the other was a picture of himself in medical scrubs, wearing a face mask, giving the peace sign.

“Heeeeeyo! It’s been a minute,” he wrote in the caption. “It’s been a tough month for all of us.” He worked with a vulnerable population, he said, and “it’s just mentally exhausting thinking each night when I come home that I may be having symptoms the next day.”

Even so, Josh was the kind of helpful, empathetic nurse who “makes things easier for everybody,” said colleague Sarah Depayso. He knew how to talk to patients and was attuned to others’ stress levels. “We were so busy, and it was ‘I’ll buy you lunch, I’ll buy you dinner, I’ll buy you boba.’”

It had been about 35 days since Disneyland closed its gates, Josh noted in his post. Josh’s photos — of the Sleeping Beauty castle framed by tabebuia blossoms, or of himself in an attention-grabbing Little Mermaid sweater — and corny jokes endeared him to thousands of followers on Instagram. “He had a way of capturing magic,” said his friend Brandon Joseph. The pictures were joyful, like memories of childhood.

Josh’s last post was on June 10, announcing that Disneyland planned to reopen in July. At some point the virus had reached his nursing home, infecting 49 staff members and 120 residents and ultimately killing 14 people. Approximately 41% of all U.S. coronavirus deaths are linked to nursing homes, where frail people live in close quarters, according to The New York Times.

After taking the virus test on June 12, his health deteriorated. On June 15, he messaged Joseph that he couldn’t take a full breath of air without feeling like he was being knifed in the chest. On June 20, he texted that he was at the hospital and that he had a particularly bad case. 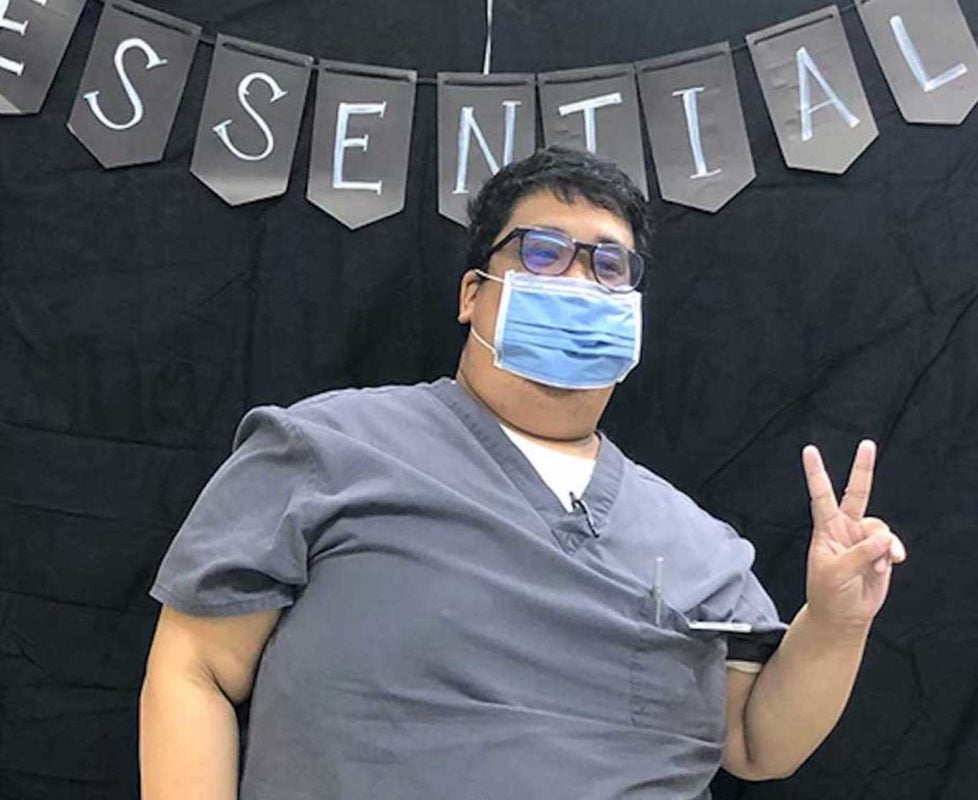 “It’s been a tough month for all of us,” Josh Obra wrote in an Instagram caption less than two months before he fell ill. “It’s just mentally exhausting thinking each night when I come home that I may be having symptoms the next day.” (The Obra family)

The final time Josh spoke with his family, before he was put on a ventilator, was on June 21. “On our last video call together, I was isolated in Anaheim, quarantined, and our parents were at home,” Jasmine said. It was Father’s Day, “and I remembered crying and crying because this was the reality of what our family was.”

Josh’s family was not permitted to visit him in the hospital, and he died on July 6.

By coincidence, Josh, like his grandparents, was buried in the same cemetery as Walt Disney — Forest Lawn Memorial Park in Glendale, California.

Before the funeral, Jasmine walked over to Disney’s grave, she said. “I was like, ‘Hi, Walt. I hope you and my brother found each other.’”

Every night since he died, Jasmine has watched Southern California’s spectacular sunsets, the pinks and yellows that Josh kept returning to in his pictures. “And every time I feel like he’s with me. I look at the sky and sometimes I start talking to it, and I feel like I’m talking to my brother, and that he’s painting beautiful skies.”

This story is part of “Lost on the Frontline,” an ongoing project by The Guardian and KHN (Kaiser Health News) that aims to document the lives of health care workers in the U.S. who die from COVID-19, and to investigate why so many are victims of the disease. If you have a colleague or loved one we should include, please share their story.