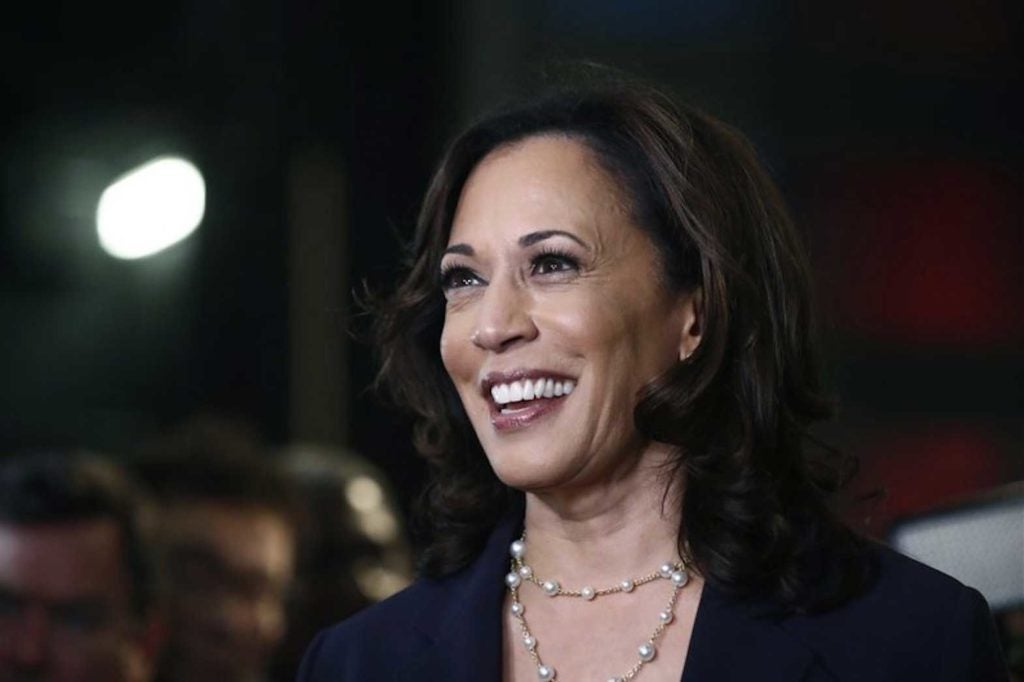 Harris is the first Black woman to compete on a major party’s presidential ticket. In choosing her, Biden acknowledged the vital role Black voters will play in his bid to defeat President Donald Trump.

From left: Ramoso with Michelle Obama; Madali and Aglipay

“Joe Biden picked Senator Harris as his running mate because she could be president on day one. She has good judgement, good leadership skills and can be a trusted advisor to Biden,” Ramoso added.

Biden embraced a former rival from the Democratic primary who had stunned him in a debate with a personal criticism of his stance on the civil rights issue of school busing.

But party insiders say Harris is a smart choice. The 55-year-old first-term senator, who is also of South Asian descent, is one of the party’s most prominent figures. She isfrom California, a massive treasure trove of both Democratic votes and Democratic donors. She quickly became a top contender for the No. 2 spot after her own White House campaign ended.

“Kamala Harris, a qualified woman of color represents an enormous change, an enormous move in the right direction to bring the country together and to speak for communities that have not felt listened to for four years,” declared Lillie Madali, Georgia East Region Co-Chair, Filipino Americans for Biden.

Harris emerged as an outspoken voice on race — and the need for police reform — following the death of George Floyd in May and the subsequent protests it sparked around the country.

“Joe Biden choosing Senator Harris will dramatically improve how the voters look at his candidacy and values.  It send the right messages about how he will be President, ” said Juslyn Manalo, Daily City, California Council Member and California Co-Chair for Filipino Americans for Biden.

“Women — particularly women of color — including Filipino American women — have never had a fair shot to get ahead in this country.  Together, Joe Biden and Kamala Harris are going to build our country back better after this economic crisis and that includes ensuring we get closer to full inclusion of and equality for women,” said Geri Aglipay, Illinois Midwest Co-Chair of Fil-Ams for Biden.“

“For Biden and Harris it’s a simple proposition: daughters are entitled to the same rights and opportunities as sons,” said Filipino American labor leader Gloria Caoile.

Biden has chosen a running mate who is familiar with the rigor and energy needed in a national campaign.

“Biden chose (Harris) because he needs a reliable and strong partner to build our country back better. Trump will be leaving the presidency and our country in tatters, and because of the coronavirus pandemic and the US will still be most likely in the middle of a public health crisis, ” said Loida Lewis, Filipino Americans for Biden National Convention spokesperson.”

“Joe Biden (in choosing Harris) will dramatically improve how the voters look at his candidacy and values.  It sends the right messages about how he will be President,” stressed Irene Bueno, former deputy assistant secretary at the Department of Health and Human Services and special assistant to President Clinton in the Domestic Policy Council and Chief of Staff’s office. — (With reports from the Associated Press)