Fil-Am artists push on despite the pandemic

The pandemic hasn’t stopped Filipino artists from creating, speaking out, reaching out, caring for others.

Let’s start in San Francisco with one of the largest Filipino communities outside the Philippines, and the most dynamic Filipino American theater companies in the country.

The community theater group launched the initiative after a scary incident. During a recent rehearsal via Zoom, one of their members who was diabetic fainted. He had lost his job and his health insurance earlier in the year. The Bindlestiff team pulled together so he could be taken to the hospital 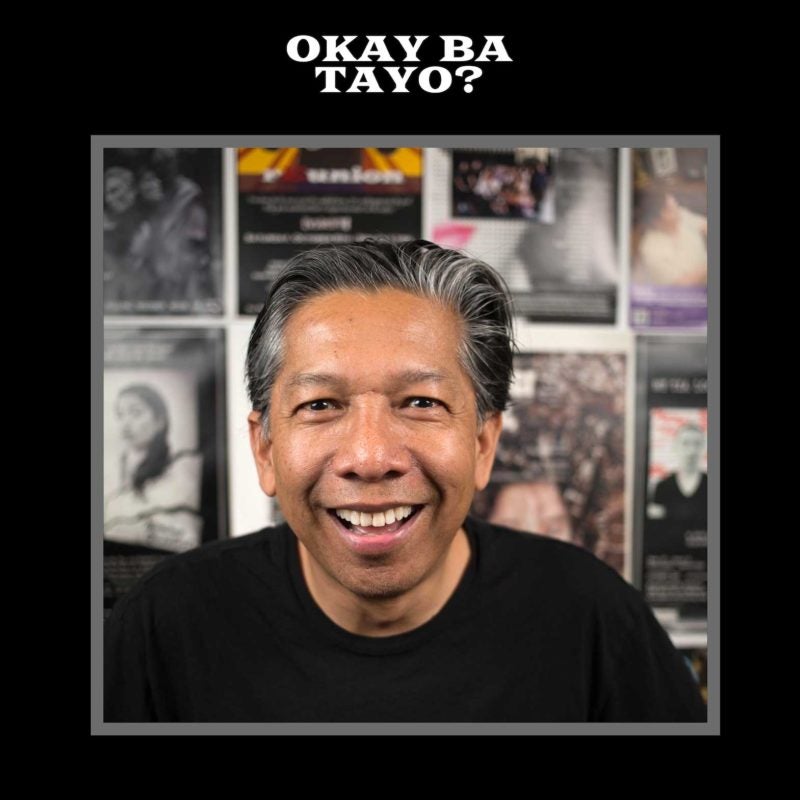 “The event forced all of us to think of healthcare in a way that would benefit everyone, and understanding that there are many people suffering due to lack of healthcare insurance,” Bindlestiff member Aureen Almario told me in an email.

“Ed is a beloved friend to so many people,” he said. “He is a cultural bearer in Bindlestiff Studio and continues to pass down history and knowledge to new generations of artists.”

The Bindlestiff event was hosted by my friend and veteran theater artist Allan Samson Manalo with other Bay Area artists including Kevin Camia, Kat Evasco and Ramon Abad.

Check out the Bindlestiff Studio site for more information about the campaign and future events.

I wrote about “A is for Agustin” late last year. The moving documentary tells the story of Agustin Tiburcio, a poor Aeta charcoal-maker from Cabangan, Zambales who, tired of being exploited by employers, decided to go back to school at age 40.

The film by Grace Pimentel Simbulan (who happens to be my niece) has been featured in the Philippines, China and South Korea, where it was an official selection for the DMZ International Film Festival.

“A is for Agustin” will finally be in the U.S. It will be shown on Aug 27 by the San Diego Fiipino Cinema, an emerging Filipino American arts organization in Southern California led by veteran filmmaker Benito Bautista.

Bautista will lead a conversation with Simbulan during the event. You can find more information on the showing HERE.

Then there’s the new film about the other Rizal, the hero we don’t know much about.

“Heneral Rizal,” a film by Chuck Gutierrez, is based on the impressive work of anthropologist and Philippine studies expert Dr. Floro Quibuyen. The film focuses on Paciano Rizal, Jose Rizal’s older brother who shared and actually inspired his passion for fighting against Spanish colonial rule and for Philippine independence.  Paciano Rizal eventually joined the armed revolution against Spain, becoming one of the liberation forces’ leading generals.

Gutierrez is also known for creating recent powerful protest videos featuring the Tagalog translations of Charlie Chaplin’s monologue from “The Great Dictator,” and the Les Miserables’ song, “Do You Hear the People Sing.”

Heneral Rizal is played by the renowned theater artist and my friend Nanding Josef, artistic director of Tanghalang Pilipino of the Cultural Center of the Philippines.

He shared his insights into the making of a film about a great Filipino which he says  is also a powerful reminder of the deep and painful divisions in Philippine society.

[I had a sad realization in making ‘Heneral Rizal.’ Paciano was right. He said: “Until now, the poor and those who are suffering are still struggling because of the greed and selfishness of the rich and powerful.”]

You can find more information about Heneral Rizal on the Cinemalaya site.