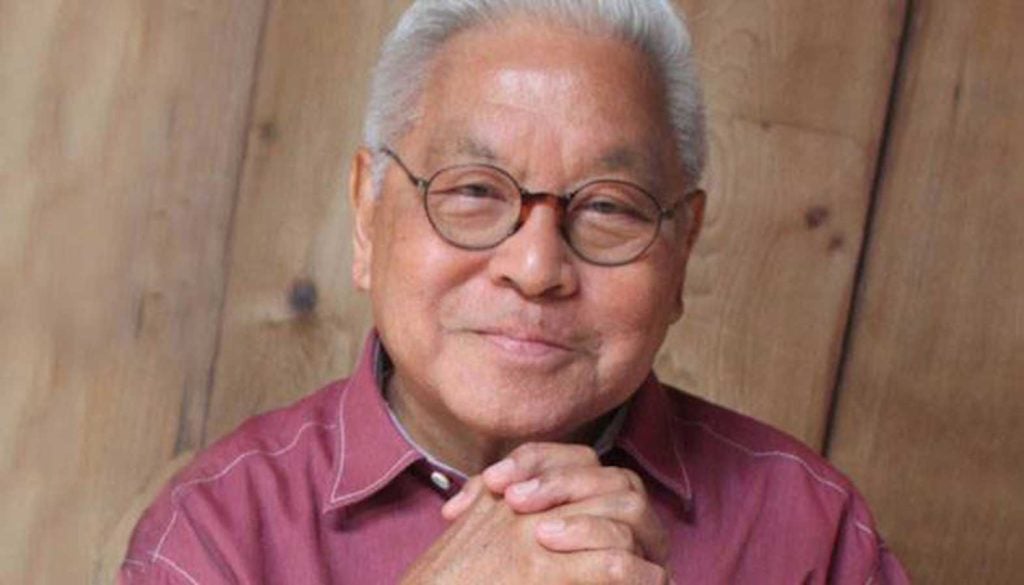 Fil-Canadian community icon Mel Tobias would have turned 81 on July 29, 2020. Vancouver renamed and remodeled a plaza in his honor.

VANCOUVER, British Columbia – Filipinos may not have their own cultural center in Vancouver, but there is a plaza honoring a Fil-Canadian community leader and pioneering cultural figure.

Mel Tobias, who immigrated in 1993, died in 2017 and would have turned 81 on July 29, 2020. He was “a renaissance-man: author, movie critic, lifestyle and entertainment writer, actor, broadcaster, entrepreneur, singer, gastronome, music records collector and book lover,” according to the Georgia Straight.

In honor of Tobias, the City of Vancouver (nearly 94,000 Filipinos reside in the Greater Vancouver Area) renamed the Collingwood Clock Tower Garden in his honor on Sept. 19, 2018, and renovated the site.

In February this year the city installed a plaque:

“Mel Tobias (1939-2017). Born in the Philippines, Mel Tobias spent many years in Hong Kong, and in 1993 settled in Vancouver. As a writer and radio host, Mr. Tobias chronicled the challenges and achievements of his community in Canada and inspired countless Filipino-Canadians to celebrate their unique and multi-faceted culture. He also championed causes that sought to uplift newcomers, live-in caregivers, immigrant youth, and women leaders.”

“When I moved to Vancouver, I found the right place where I can be myself. It’s a place where you can pursue your passion without being judged by what your job is,” Tobias told the online-only Canadian Filipino Net.