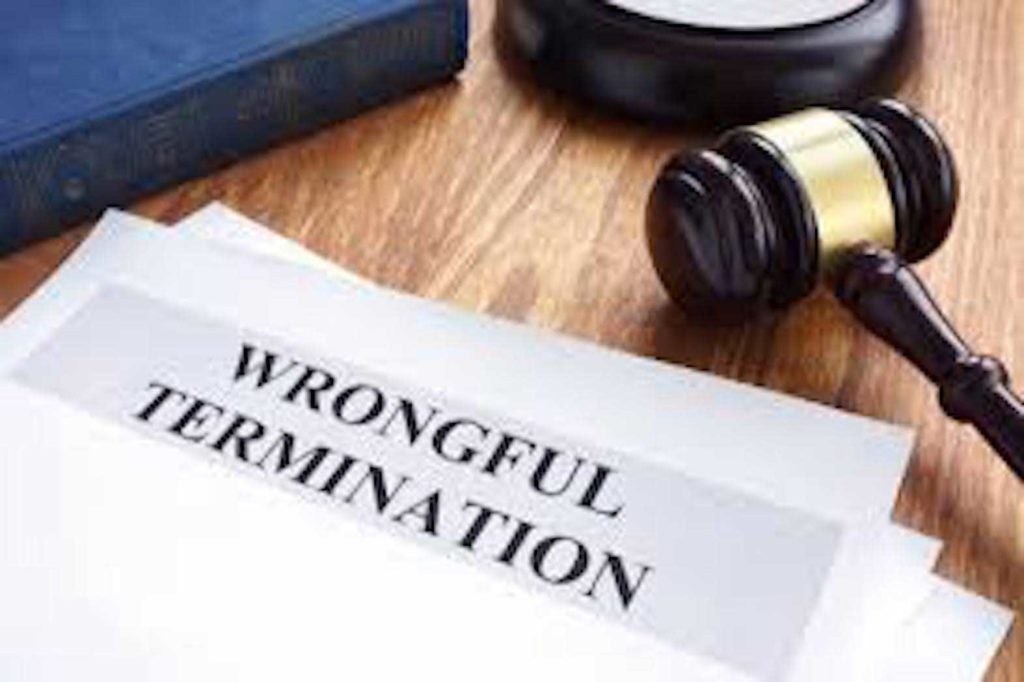 Patricia Samson worked as a portfolio manager for Wells Fargo Bank. On October 28, 2014, Patricia informed her supervisors that she would take a medical leave of absence to recover from chronic endometriosis.  The next day, Gwin, her supervisor, sent a meeting invitation entitled “Patricia Displacement Conversation” to his boss, Stender Sweeney. In the message, Gwin explained that he wanted to “run an idea” by Sweeney regarding Patricia.

When Patricia returned from her medical leave, she was fired. Patricia was initially told that she was terminated in part because Gwin was “not happy with [her] performance” as a portfolio manager. But later on, the employer claimed that Patricia’s performance was “irrelevant” because the firing decision was not based on Patricia’s poor performance. Instead the sole reason for her termination was the restructuring of the department and the elimination of her position.

Patricia sued the employer for wrongful termination based on disability discrimination, failure to accommodate, and retaliation for taking a protective leave. The employer asked the trial court to dismiss the case, stating that the decision to terminate Patricia was actually made two weeks before she informed the employer that she was going on medical leave. Up until Patricia’s announcement, the employer claimed that it was not aware that Patricia had a medical condition.  The trial court agreed with the employer and threw out the case. Patricia appealed.

In her appeal, Patricia argued “temporal proximity,” or the timing between her leave announcement and the decision to fire her are so close together that it can be inferred that the employer’s stated reason of her firing (poor performance) was mere pretext. Hence, Gwin’s use of the phrase “I want to run an idea by you,” indicates that something is to be discussed for the first time, not that a decision was already made.  The court noted, “Temporal proximity between protected activity and an adverse employment action can by itself constitute sufficient circumstantial evidence of retaliation in some cases.”

However, California courts have ruled that timing by itself is not enough to show that the employer’s stated reason was untrue and pretextual. The appellate court, in reviewing the facts, noted that Wells Fargo gave the employee changing reasons for her firing. The California Supreme Court has previously held in other cases that pretext also may be inferred where an “employer has given shifting . . . justifications for its actions.” A reasonable jury could find that there were shifting justifications for Wells Fargo’s termination of Patricia. Because of the timing of her firing and the shifting reasons the employer gave for such firing, the appellate court concluded that Patricia’s case should not have been summarily dismissed, but should have instead been brought before a jury for decision.

Patricia’s case illustrates how to spot a pretextual situation. The timing of the termination in relation to the protected activity is one. Shifting reasons for the termination is another. Additionally, an employee may show that an employer’s stated reason: 1) is false; 2) did not cause the firing; or 3) is not enough to cause a firing (i.e., people are not usually fired for this reason).

Employers generally have the power to terminate employees at will. But they must not be motivated by a discriminatory or retaliatory reason for doing so. Otherwise, the termination becomes unlawful, and may subject the employer to liability for damages. Employees who prove they were retaliated and wrongfully terminated may recover loss of earnings, emotional distress, attorneys’ fees and costs, and in certain cases, punitive damages.