Why statues of false heroes must come tumbling down 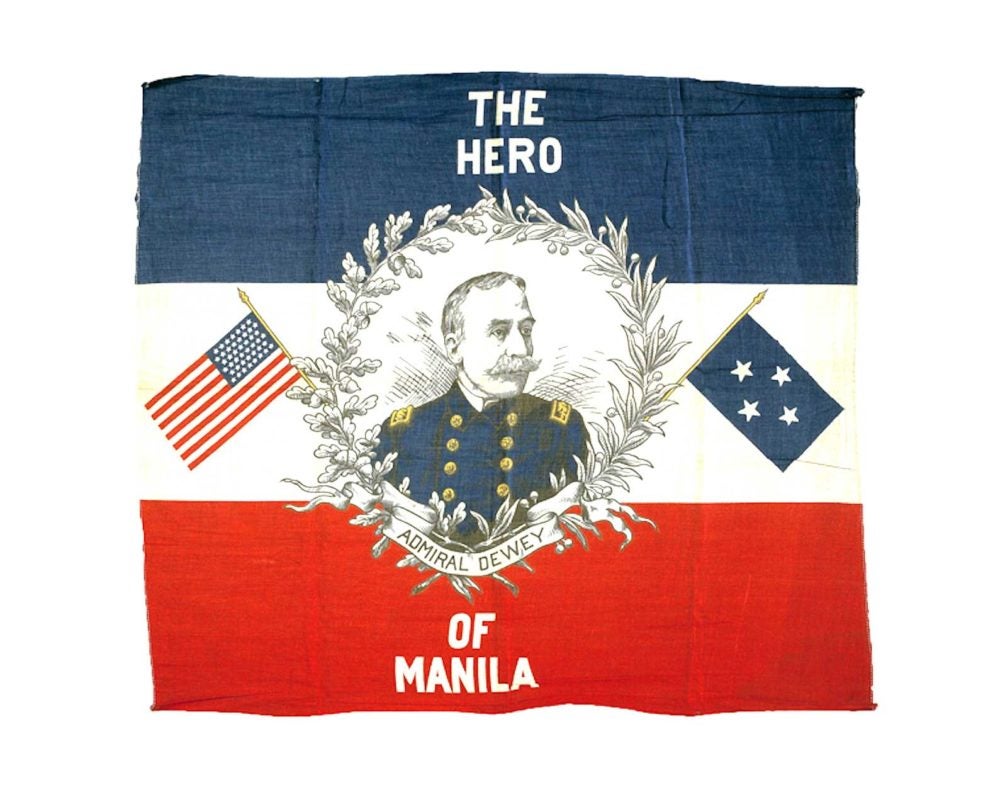 Back in the 1960s, there was a great awakening in the Philippines about the “fakeness” of the history we were taught in school. What is happening today here in the US is just like what transpired in the streets of Manila then. The brutal war waged by the U.S. against the Vietnamese people, forced a critical evaluation of the Philippine History that had been written by those tutored by U.S. colonial teachers who came after the U.S. Army defeated Filipino freedom fighters in the early 1900s.

The thoroughfare along Manila Bay named after the U.S. Admiral George Dewey was changed to Manuel A. Roxas Boulevard, the first elected President of Philippines’ Second Republic. Dewey was exposed as one who deceived Gen. Emilio Aguinaldo by hiding his agenda from the young Filipino leader, of the U.S. plan to take over the Filipino nation from the Spanish Empire.

In early 1898, the Filipino revolutionaries had defeated most of the Spanish occupiers, to a point that Philippine Independence was proclaimed on June 12.  Led by Generals  Antonio Luna and Pio del Pilar, they liberated the Philippines except for Manila—the seat of the Spanish colonial government. Dewey sweet-talked Aguinaldo into holding off—saying that the U.S. was sending reinforcements to help the Filipinos secure a surrender from the Spaniards. 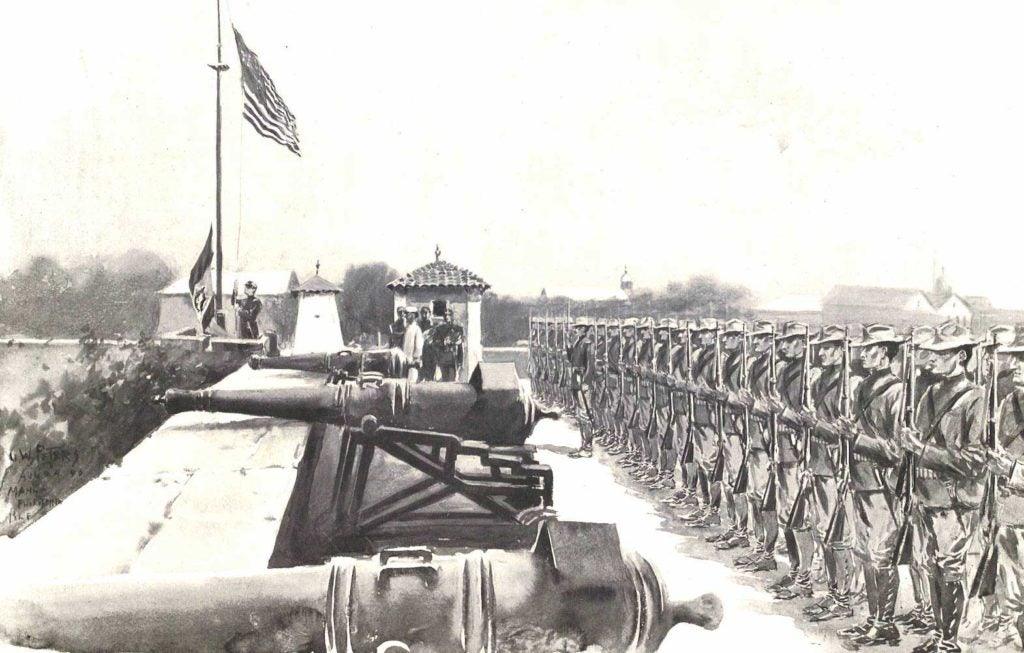 August 13, 1898: U.S. Flag being raised at Fort Santiago by American soldiers who held off Filipino revolutionaries from claiming victory from the Spanish colonialists. The betrayal led to the Philippine-American that started on February 4, 1899.

It was a blunder on the part of Aguinaldo, who tragically realized that the U.S. reinforcements came to fend off the Filipinos from claiming the victory that they fought for. The reinforcements were not meant for fighting the Spaniards, who surrendered to the Americans on Aug. 13, 1898 at the St. Agustin Church in Intramuros after the “Mock Battle of Manila” between the two colonial powers.  The American betrayal would lead to the bloody Philippine-American War, which saw the death of no less than a million Filipinos and 5,000 Americans. The water torture, strategic hamletting and “winning the hearts and minds” of the people—practiced in the Vietnam War– were first used in the Philippine 60 years earlier.

Reawakened Filipino nationalism led to moves like replacing July 4 with June 12 as Philippine Independence Day and renaming of Fort McKinley (named after William McKinley, the Republican president who gave the go-signal to make the Philippine its colony in Asia) to Fort Bonifacio (in honor of the founder of the Katipunan).

Erasing the colonial images paved the way for more substantial actions. On Sept. 16, 1991, the Filipinos asserted their sovereignty when the Philippine Senate boldly ended the lopsided U.S. lease on 16 military installations in country, including Subic Bay, the largest naval base outside the U.S.

Meanwhile, the social unrest we are experiencing in the US after the murder of George Floyd is seen as chaos and anarchy by no less than President Trump, instead of the reckoning of a nation that has long held on to a history of many false narratives. It took 600,000 American lives before the Confederate states were defeated to save the Union that we know now as the United States of America.

The bone of contention in that internecine war was the end of slavery. Emancipation Proclamation was signed in 1865, but 135 years later, this country still struggles with racial inequality and overt racism. In this age of the information superhighway, the examination of the past as it affects present happenings offers an opportunity to correct fake assumptions that hold many of us hostage to debilitating traditions and processes.

The statues of secessionist General  Robert E. Lee, of President Andrew Jackson who blazed the “Trail of Tears” for Native Americans and of the corrupt and cruel errand boy of the Spanish Imperial Court, Christopher Columbus, came tumbling down, thanks to the activism of courageous and enlightened citizens.

Awakened Americans  are ready to navigate their future with truthful stories of genuine heroes who sacrificed their lives for noble causes.

The ferment we are in is something we should see as positive development in this problematic year. For us to experience lasting peace, we should pray and work for social justice. A critical understanding of human history is a good beginning in this collective struggle to be truly free.