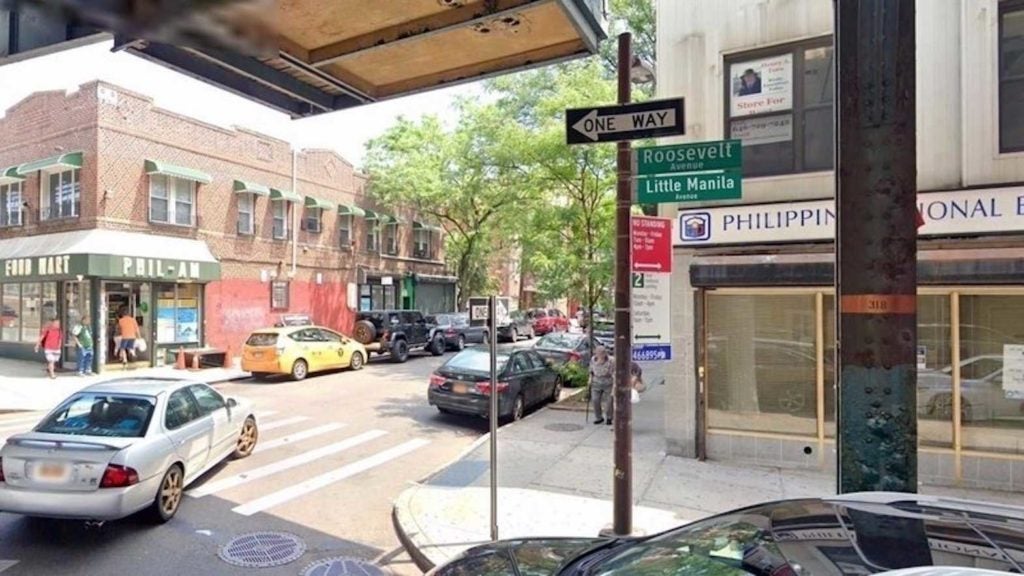 NEW YORK — An online petition drive wants a “Little Manila Avenue” street sign installed at an intersection in the Woodside neighborhood of Queens, New York to honor the contributions of Filipinos to the community.

The stretch of Roosevelt Avenue and 70th Street in Woodside is known to many as “Little Manila,” for the proliferation of Filipino restaurants and stores.

The “Little Manila” street sign would go up across the street from the popular Phil-Am Filipino grocery store that opened in 1976.

Joseph Castillo, whose parents established Phil-Am, is among the group behind the push for the street co-naming, according to the Queens Post. He grew up living above that store in the 1980s. Census data show some 86,000 Filipinos were residing in New York City with about 54 percent living in the borough of Queens.

Filipinos have been settling in Woodside since the 1970s, many of them health care workers at Elmhurst Hospital. A mural that reads “Mabuhay” was painted in June on the corner of 69th Street and Roosevelt Avenue to honor Filipino health care workers who have risked their lives during the coronavirus pandemic.

The petition has received 1,470 signatures to date, from both Filipinos and signatories of other backgrounds. Organizers will submit the petition to Council Member Jimmy Van Bramer, who has already expressed his support. The City Council approves street co-namings.