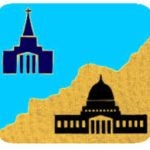 The nation found itself thrust again into a series of unpleasant situations, over and above the brutal ravages of the pandemic, and the Filipino bishops couldn’t simply dismiss their pastoral role or play it down. On the Feast of Our Lady of Mount Carmel this month, they blurted out, “We are already like the proverbial frog swimming in a pot of slowly boiling water.”

Back to its renewed combative posture, the CBCP specifically condemned the controversial Anti-Terrorism Law, the recent shutdown of broadcast network ABS-CBN, red-tagging, and the intimidation of government critics that “creates an atmosphere detrimental to the freedom of expression in our country?”

Of course, the government reacted, but reacted erroneously como siempre. The Presidential legal counsel Salvador Panelo openly accused the bishops of pressuring the Supreme Court to act against Anti-Terrorism Law, instantly invoking the “separation of Church and State” principle. Really?

What the government really wanted in imploring such provision over and over again was for the good shepherds of souls – meaning the bishops, clergy, consecrated persons, and Catholic lay leaders – not to dip their fingers into the hurly-burly and protests against social injustice; and by extension, that Archbishop Socrates Villegas shouldn’t question the bloody anti-drug war being waged by the President; that Bishops Victor Bendico and Gerry Alminaza shouldn’t call the Baguio residents to resist massive pine-tree cutting and the parishioners of San Carlos, Negros, to stand firm against coal mining, respectively; and that no Catholic clergy should ever speak up against warrantless arrests.

But the fundamental law of the land, right reason, and common sense tell us that the government was wrong. And the uproar against this administration’s legal error became louder as legal experts and churchmen brought up the quintessential question: Is it wrong that in the Philippines, Asia’s largest Catholic nation, the Church is very vocal regarding controversies related to faith and morals, Filipino values, and social equality? And the Church leaders, in the words of constitutionalist expert Fr. Joaquin G. Bernas, SJ, “should be confined to the sacristy?” The answer is a GIGANTIC no!

Those who seriously seek the correct understanding of that provision must begin with what the current Philippine Constitution does say and mean. Here, I raised five interrelated points, both historical and political:

First, the 1987 Constitution says: “No law shall be passed respecting an establishment of religion…” (Art III, sec 5). Straightaway, we see quite clearly that such provision is addressed not to the Church but to the State, forbidding the State not to establish any religion as the official State religion.

Second, for centuries, under the principle of the Patronato Real and the Spanish Constitution of 1876, Catholicism was the State religion and, as such, the Spanish civil authorities did share the mighty political power with the Catholic Church. The 1987 Constitution decimated such privilege and unmistakably prohibits the government to favor one church over another by establishing a State religion or by allocating public funds to favor  one privileged church.

Fourth, Christian Monsod, one of the framers of the 1987 Constitution, knew what he was talking about when said that “priests and bishops, as citizens of the country, have the right to freedom of speech.”

Fifth, the Catholic Church will cease to exist if it stays silent on serious matters affecting human dignity and fundamental rights, as Fr. Jerome Secillano, executive secretary of the CBCP Committee on Public Affairs, has nicely put it.

Apparently, a solemn moment came to pass when the government must have realized its appalling mistakes, retreated in shame, and shut its mouth at least for a while.

The wise counsel coming from the late Archbishop of Manila, Jaime Cardinal Sin (19-2005) might be a fitting close: “Separation of the Church and State is like a railroad track. It cannot be close to one another, neither can it be distant, because there will be derailment. We (Church) should cooperate with the government and the government should cooperate with us because we’re serving the same people.”