More fallen Filipinos on the US Covid front line

“Lost on the Frontline,” a collaboration between KHN and The Guardian, aims to document the lives of U.S. health workers who die of Covid-19, and to understand why so many are falling victim to the pandemic. Many hospitals have been overwhelmed and workers sometimes have lacked protective equipment or suffer from underlying health conditions that make them vulnerable to the highly infectious virus.

“They were that type of couple that you rarely see nowadays,” their youngest daughter, Sheryl Pabatao, 30, said. “They set such a high standard for us, their kids — that may be the reason why I’m still single.” She said her father was a patient man who could fix just about anything.

The Pabataos came from Quezon City, just outside Manila, in the Philippines. Alfredo worked at a car dealership, and Sheryl said she and her siblings grew up comfortably.

But the couple wanted more for their five children, and immigrated to the United States in October 2011. “The first year that we were here, was really, really tough,” Sheryl remembered. Her oldest two siblings, already adults by the time the Pabataos’ immigration application cleared, had to stay behind.

Alfredo found a job as an orderly at a hospital in New Jersey, where he worked for nearly two decades. In mid-March, he told his family he had transported a patient with signs of COVID-19; he fell ill days later. In a statement, his employer wrote: “We have policies and procedures in place to protect our team members and patients that are all in accordance with CDC guidelines.”

Sheryl said the family’s last conversation with her father was via FaceTime, with him on his hospital bed. Connected to oxygen, he insisted he wasn’t gravely ill. He made jokes and even demonstrated yoga poses to reassure his wife and children. He died soon after. — Danielle Renwick, The Guardian | May 15, 2020 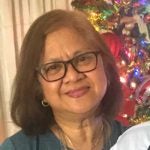 Susana Pabatao became a nurse in her late 40s, after her family immigrated to the United States.

It eased some of her longing for her own mother, whom she had left behind in the Philippines, her daughter, Sheryl Pabatao said. “It helped her to know that she was helping other people — something that she couldn’t do for my grandmother,” Sheryl said. Susana treated her older patients as if they were her own parents, she added.

Susana was warm, selfless and a constant source of comfort. Sheryl said, “My mom always had the right words.”

Susana’s husband, Alfredo Pabatao, began showing symptoms of COVID-19 in mid-March, and Susana became ill soon after. Sheryl, who described the two as “inseparable,” said: “When my dad got sick, it’s like part of her was not there anymore.”

Alfredo was hospitalized, and Susana spent her last days at home resting and speaking with him on FaceTime. Sheryl, who lived with her parents, said she overheard the two console each other one morning. “My mom was telling my dad, ‘We’ve gone through so many things, we’re going to get through this.” 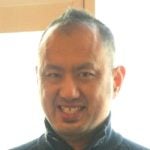 Louis Torres went into the family business. He grew up adoring his mother’s Philippine home cooking, so it was natural to channel his passion for food into comforting others. As a food service director at a nursing home in his native Queens, he could cook and work in health care as his mother did.

Feeling terrible on March 30, Louis called his older brother, Lloyd, after work. “He was struggling to make it from the subway station,” Lloyd said.

Louis lived with his mother, Lolita, 73, a retired hospital clerk. She also had severe COVID-19 symptoms.

By the next day, mother and son had been taken by ambulance to separate hospitals. In the chaos, Lloyd said, it took an entire day of panicked calls to find their mother, who was still in the emergency room.

A few days later, Lloyd was able to pray the rosary with Lolita over the phone, and it seemed to calm her. Before they hung up, she asked that Lloyd take care of his brother. Louis made the same request about his mother before going on a ventilator.

“Their last words to me [were to] take care of each other, my God,” Lloyd said, his voice cracking.

On April 7, Lolita died. Louis died the next day.

In the weeks since then, Lloyd was comforted by a powerful dream.