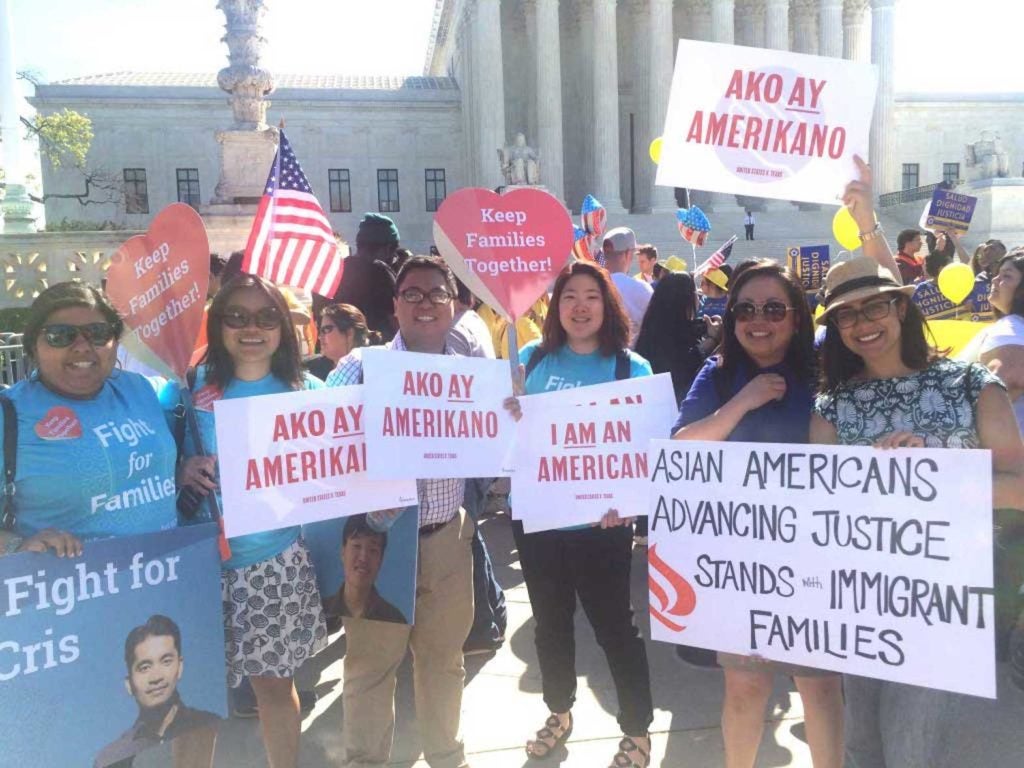 Filipino Americans demonstrating in front of the US Supreme Court in support of Deferred Action for Childhood Arrivals and immigrant rights. AAAJ PHOTO

BALTIMORE, Maryland — A U.S. federal court has ruled that the Trump administration must accept new applicants to a program to protect young immigrants from deportation.

The U.S. District Court in Maryland said Friday the Deferred Action for Childhood Arrivals (DACA) program must be fully restored for the first time in three years, following a Supreme Court ruling that the program was canceled improperly.

The U.S. Citizenship and Immigration Services said it is reviewing the ruling.

The high court ruled last month that the Trump administration had provided inadequate justification to rescind DACA in 2017. However, the court did not make a judgment on whether DACA recipients have a permanent right to live in the United States and the ruling does not prevent Trump from trying again to end the program.

DACA is an Obama-era program that protects from deportation around 700,000 immigrants who were brought to the United States illegally as children. Only those who were already in the program when it halted have been able to renew their protection.

Last week, Trump said in an interview with Spanish-language television network Telemundo that he will soon sign an executive order on immigration that includes a path to citizenship for DACA recipients.

However, this “does not include amnesty,” White House spokesman Judd Deere said in a statement after Trump’s television interview.

The White House statement said the executive order would establish a merit-based immigration system and reiterated that Trump would work with Congress on a legislative solution that “could include citizenship, along with strong border security and permanent merit-based reforms,” but no amnesty.

Republican Senator Ted Cruz of Texas criticized Trump’s comments, saying in a tweet, “There is ZERO constitutional authority for a President to create a “road to citizenship” by executive fiat.”

Congressional lawmakers have tried on several occasions in recent years to pass comprehensive immigration reform but failed over deep divisions between Republican and Democratic proposals. VOA