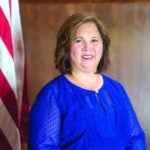 Longtime community leader Flor Nicolas’ perspective as a woman of color will inform her leadership over the new body. SSF COUNCIL

SOUTH SAN FRANCISCO — This suburban city in the shadow of San Bruno Mountain is proving no less woke than its progressive namesake to the north. South San Francisco has launched the 12-member Mayor’s Commission on Racial and Social Equity to be chaired by Flor Nicolas, a Filipina American.

South San Francisco was the first town in northern San Mateo County to authorize a peaceful protest against racism and police brutality following the May 25 police-related killing of George Floyd.  City leaders marched alongside residents and sympathizers of the movement for justice for Black Americans who have lost more lives than any other population while in custody of law enforcers.

Key executives — elected and appointed – as well as the chief of police expressed empathy for the aggrieved and willingness to seek solutions.  The June 4 gathering concluded as peacefully as it had begun with Mayor Rich Garbarino promising to evaluate the town’s policies to address the demands of the Black Lives Matter movement.

Even before the clamor rose to defund police departments, Garbarino told Inquirer.net July 16 he and City Manager Mike Futrell were “keenly aware” of the temperament and brainstorming how to “be proactive, step up and get in front” of the issues.

Garbarino on July 13 launched the Mayor’s Commission on Racial and Social Equity to improve “internal and external processes” and “overcome institutional inequities.”  The body will conduct public meetings to hear recommendations from experts, staff and public for a report complete with implementation plans to be delivered July 15, 2021.

The commission will comprise 12 members representing the diversity of South San Francisco. Garbarino named Flor Nicolas chair; she will be joined on the team by Mark Nagales, her fellow City Council Member. 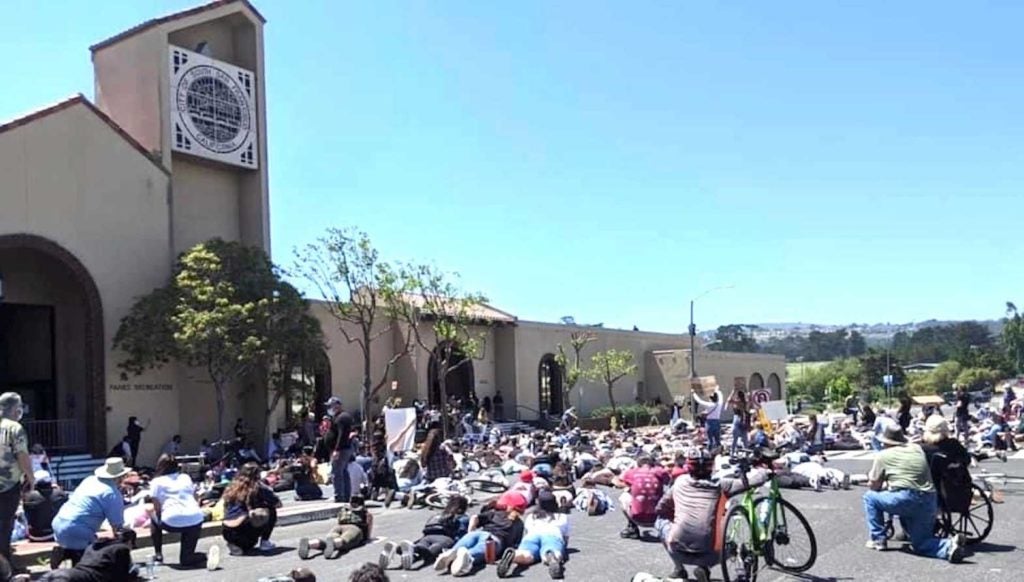 The Mayor’s Commission follows the June 4 peaceful protest that gathered residents and officials in calling for empathy and justice.  CONTRIBUTED

Garbarino’s choice to lead the body took much deliberation.

“I thought we needed people of color and couldn’t think of anyone better than either Flor or Mark who are both equally qualified and are capable of an exemplary job,” he praised both new colleagues, the first Fil-Ams elected to govern the city.  He ultimately appointed Nicolas to balance the composition  “as a woman of color” amid a predominantly male unit.

Nicolas, a drug safety executive at a top biotech company, said she accepted the appointment to be an “instrument of change.”

“We know that the recent tragedies brought to the forefront the issues of racism and implicit bias that affect people of color which impact access to opportunities.  I will see to it that it is not enough to say, ‘Black Lives Matter,’ but come up with feasible recommendations that will lead to actual change in how the many issues are dealt with and services are delivered in an equitable way,” she shared her motivation with Inquirer.net.

She concurred that her perspective as a “mother, a grandmother, and an immigrant who struggled to make a life in South San Francisco” would complement her position as a “woman and city council member in continuing the conversation” with town residents.

* Develop a thorough knowledge of institutional racial and social inequities in the areas of education, policing, healthcare (including mental health and addiction services), and other social services, identifying cumulative impacts of institutional and structural inequities, as each area relates to South San Francisco;

* Examine police presence and relationships with respect to communities of color in order to build trust;

* Collaborate with the community and other institutions/partners to develop and offer opportunities for change relating to racial and social inequities exploring and elevating successful models and best practices,  and

* Submit recommendations for action to the South San Francisco City Council designed to reduce or eliminate racial and social inequities within the scope of the areas of inquiry, and help the City of South San Francisco better serve a diverse community and staff.

The year-long process will entail three phases, each focusing on a specific task that will take three months each.

The first phase will collect information to acquire “requisite base knowledge to understand the complexities surrounding current conditions and determining areas where meaningful change is possible.”  Data will be provided by experts beyond local  boundaries.

Potential solutions take the spotlight in the second phase, where options will be “refined and stress-tested,” and analyzed for “financial and legal constraints” before these go into a draft.

Further distillation marks the final phase — production and presentation of the report.

Nurse practitioner and grandmother Elsa Agasid said she expects “honest conversations on injustice that exists” and investigate legislation that may perpetuate injustice in her hometown since 1996.

Rob Uy, a 32-year resident, said he “applauded” the commission as a platform for the traditionally excluded to speak up.

“‘I hope that the committee begins by meeting with leaders and members of African American, Latino/a, Asian American community and other underrepresented groups to begin an ongoing dialogue to address social injustice in our city and to promote social equity in not just government, but in our schools, workplaces and everyday lives,” said the lawyer, husband and father of two.

The former president of the FBANC Filipino American Bar of Northern California serves as vice chair of the Rec & Park Commission urged true and intentional collaboration.

“We are a city made of diaspora of a large number of people, of differing nations, races, religions, genders, and ethnicities, and I think that this commission can make great strides if they are inclusive and work directly with the communities that make up our city.”

The commission charter aims to hear from the entirety of the town.

Nicolas believes her city is the best place to live but “there is always room for improvement.”

“I believe the City of South San Francisco is one of the most progressive cities in San Mateo County in terms of culture, community development and parks and recreation programs, and financial health, but we can always do better,” she told Inquirer.net.

From the time she planted roots in 1988, Nicolas and her family have been actively involved in church and civic activities.  Before her 10th decade of residence, she was named to the Housing Authority Board Commission, initiating her now over 30 years of service to the community. According to the same census updates, “South City” residents are young and upwardly mobile.   Those 18 years and younger make up the largest group at 19%.  Older adults 65 and over make up 16%.   Owner-occupied homes have a median value of $784,800.  The median household income is $96,930.  90% own computers and about the same percentage subscribe to broadband internet.

Where there is prosperity, there also is poverty at 7.5%.

Nicolas has her eyes on closing the disparities.

“By making sure that there is parity in our community’s policies, practices, and programs, every man, woman, and child will thrive, including my fellow Filipinos,” she emphasized the prospective outcome of the new Mayor’s Commission.