America’s health care workers are dying. In some states, medical personnel account for as many as 20% of known coronavirus cases. They tend to patients in hospitals, treating them, serving them food and cleaning their rooms. Others at risk work in nursing homes or are employed as home health aides.

“Lost on the Frontline,” a collaboration between KHN and The Guardian, has identified 782 such workers who likely died of COVID-19 after helping patients during the pandemic.

Hazel Mijares: About to retire, died waiting for test 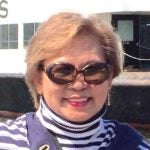 Faith was central to Hazel Mijares’ life. She was a lay leader at Trinity United Methodist Church in Jersey City, New Jersey.

She was drawn to church as a child in the Philippines, sister Hannilette Huelgas said. Theirs was a big family with nine children. At get-togethers, Mijares always led the prayers.

After a long career, Mijares was finally ready to retire in late March.

She worked through March 13, burned up accrued paid time off, then stopped back a week later for her last day. As she said her goodbyes, she noticed a little cough.

Learning that one of her patients had died of COVID-19, Mijares tried several times to get tested. Her results were expected March 30. When Huelgas called that day, Mijares didn’t answer. She had died waiting for the results, which the family learned were positive.

As of May 24, the nursing home had recorded 45 presumed-COVID deaths. Officials there did not respond to requests for comment, but a phone recording updated May 21 said they had “completed COVID-19 testing of residents” and had “begun testing of all staff.”

“Our dedicated and caring staff are continuing the Amsterdam tradition of providing exceptional care,” the recording noted.

Mijares “had wanted to go to Jerusalem, to the Philippines,” Huelgas said. “And she didn’t even get to enjoy retirement.”— Maureen O’Hagan | May 29, 2020

Ali Dennis Guillermo: Fought for his life in same ICU where he cared for patients 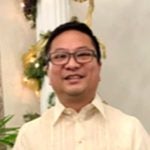 In 2004, Ali Dennis Guillermo, his wife, Romielyn, and their daughter came to New York from the Philippines to find a better life.

Everything fell into place. The former nursing instructor landed a job at Long Island Community Hospital, often working in intensive care or the emergency room. He enjoyed the intensity of ER work, his wife said. As years passed, the couple had two sons and settled into a close-knit Philippine community.

As COVID-19 emerged, Guillermo was posted to the step-down floor, working with patients transitioning out of intensive care.

A lot of the nurses on his floor had gotten sick with the virus, his wife said, and “everybody was scared.”

And then, Guillermo felt achy, with a fever that soared to 102. He went to the hospital and X-rays were taken, but he was sent home. Within days, his blood oxygen level plummeted.

“My nails are turning blue,” he told his wife. “You should take me to the ER.”

He was admitted that night in late March, and they never spoke again.

The Springfield, New Jersey, couple loved to travel ― on their own or with their children, Zoie, 10, and Zeth, 8. Disney World. Road trips to Canada. Every year for a week they would savor the beach on North Carolina’s Outer Banks.

The Batayolas, both occupational therapists, moved to New Jersey from the Philippines 13 years ago to pursue their careers.

“He loved to help,” Nina said. “He had such the ability to make everybody smile or laugh.”

Don worked with at least one patient and a handful of colleagues who subsequently tested positive for COVID-19, and in late March, he developed symptoms. Nina came home from work for lunch on March 31 to find him struggling to breathe. She dialed 911.

He was hospitalized, then she also developed COVID symptoms. Self-isolating at home, Nina talked with Don once a day. She thought he seemed stronger but, on the fourth day, his heart suddenly stopped.— Michelle Andrews |  May 8, 2020