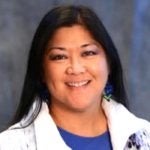 SAN FRANCISCO — When Ditas Katague was growing up in Kansas City, Missouri, where her father had his early years of medical practice in the 1960s, there were only 150,000 Filipinos in the United States.

About five decades later, when she first led the U.S. Census Bureau’s National Advisory Committee (NAC) on Race, Ethnicities and Other Populations in 2015, the Filipino population in the country had risen to nearly 2 million.

In this rapidly growing ethnic group, where Filipinos overall have significantly higher incomes compared to the total foreign and native-born populations in the country but only have 46 percent voter turnout, Katague found her calling to make sure the people from her own community get counted and have higher participation rates than in the previous census.

“It has been my desire to be an agent of change and guide census efforts,” said Katague, now director of the California Complete Count – Census 2020 Office. “I am a proud Filipino American.”

Rites of passage to census

At 10 years old, after her family moved to a new subdivision in Modesto, California, she had an experience that would forever change her perspective on the decennial count.

One day, the father of her best friend in the neighborhood had a stroke. He was taken off the house in an ambulance. But because the hospital was far from where they lived, the stroke did serious damage to him.

That terrible memory had always reminded her that if the federal government allocated more resources to their neighborhood at the time, there could have been a nearby hospital and her friend’s father could have received immediate care.

“I always wonder if that ER was even 10 minutes closer, would he have suffered less damage? Would he have been able to walk on his own?” Katague added. “So, [he] couldn’t get the care that he needed quicker [because] it comes to that planning, to that census data. If we are not counted, those facilities or things that we need would be a lot farther away.”

Amid the coronavirus pandemic, in an effort to achieve a complete count in California, Katague continues to encourage communities across the state to complete their census form.

As of June 28, she said, California shows 68 percent count rate, or over 9 million households have submitted their census questionnaires by phone, online or mail. That number is higher than the national average at 61.8 percent.

“It is a huge achievement, considering what we are facing right now, but still have a lot further to go,” Katague said.

Most at-risk of going uncounted in the census include minorities, immigrants, residents in hard-to-reach or remote areas, renters and children ages 5 and under.

“[Census] brings the fair share of our representation back to our communities and that’s why it is really important,” said Katague. “But most importantly, as Filipino Americans, it shows how we are growing and to have the data [that does] not just lump us [all] in with Asian American and Pacific Islanders.”

Challenges in the Filipino community

Anecdotal evidence says that Filipinos who do not participate in the census are mostly undocumented immigrants and those who are too busy with work, most especially those who have two or multiple jobs.

“I’d say it’s safe and confidential. I get the fear,” Katague said. “Many of our hardest-to-count populations…our TNTs (undocumented) within the Filipino community are definitely like, ‘I’m not going to answer that.’ But we need the data to understand the impact that Filipino Americans are having on a lot of different things…especially during this time of Covid-19.”

To date, the deadline to submit the questionnaire to the U.S. Census Bureau has been extended till Oct. 31 because of the Covid-19 pandemic.

In the Filipino community, Katague reiterated that many households have multi-generational families — which poses some challenges to count.

“We have those living with lola (grandmother) or lolo (grandfather) and staying with them, or tita (aunt) is staying over and then they’ll often see an undercount because they won’t report everyone,” Katague said. “Maybe tita’s not supposed to be living there at that time or maybe they think they’ll get their own forms. But since the housing crisis, we have seen houses that are doubling up.”

Is Filipino Asian or Pacific Islander?

But identifying herself as Filipino, her ethnicity offers a thread, a more significant meaning for her commitment that every Filipino living in California and the United States—young and old, documented and undocumented, biracial and multiracial—gets counted.

As Katague talked about how her being a Filipino American shaped her personal and political identity, she mused aloud about questions that her own daughter has grappled with.

The multiethnic identity of her teenage daughter—half Filipino, a quarter Italian and a quarter Irish—may not be common, but reporting more than one race in the census form is permitted.

An individual’s response to the race question, according to the Census Bureau, is based upon self-identification. The Bureau does not tell individuals which boxes to mark or what heritage to write in, rather the questionnaire presents with the option to self-identify with more than one race.