America’s health care workers are dying. In some states, medical personnel account for as many as 20% of known coronavirus cases. They tend to patients in hospitals, treating them, serving them food and cleaning their rooms. Others at risk work in nursing homes or are employed as home health aides.

“Lost on the Frontline,” a collaboration between KHN and The Guardian, has identified 782 such workers who likely died of Covid-19 after helping patients during the pandemic. 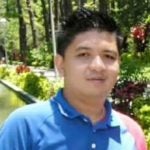 When Ritchie Villena emigrated from the Philippines in 2011 after studying physical therapy, he struggled. Then he got in touch with Lean Carlo Romualdo, a fellow Filipino physical therapist in New York state. Villena moved in with him and secured a good job at a sports medicine clinic.

He became devoted to his church, Iglesia Ni Cristo, where he spent hours singing with the choir and practicing the organ. “He’s not an outgoing person,” Romualdo said. “But if you ask people in his religious group here in Rockland County, everyone will know him.”

It’s unclear how Villena contracted the coronavirus. According to the staffing agency, he worked until March 13 and took ill the following week. On March 26, he called 911 with difficulty breathing; he was hospitalized until his death.

Villena, who only recently gained permanent residency status, hadn’t seen his family in nine years. “Every time his mom calls me, she wants to see Ritchie’s stuff,” Romualdo said. As he gives a video tour of Villena’s room, she can’t stop crying. He promised to pack everything and send it home. — Maureen O’Hagan | May 29, 2020 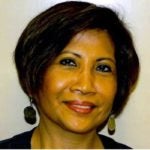 A devout Catholic, Milagros also nourished souls wherever she went. “She would always bring people back to their faith,” said daughter Kristine Abellera.

Milagros earned her degree in the Philippines and worked as a nurse for 46 years. She landed in Texas in the early ’90s.

“She was a mother hen to our young nurses,” said Kyle Sinclair, CEO of Kindred Hospital San Antonio Central.

She would speak up with other nurses and doctors if she felt there was a better way to treat patients, Kristine said.

Milagros’ low-grade fever escalated in late March. She got tested for Covid -19 and went into home isolation once additional symptoms came on, but finally went to the hospital.

“She wanted to work it off like she does everything else,” Kristine said.

On the day of her death, an American flag was flown in her honor at the Texas Capitol. It was given to her family.— Eriech Tapia, University of Oklahoma |  July 10, 2020

Nestor Bautista: Nursing aide who kept to himself 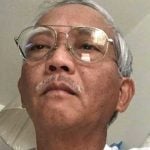 Nestor Bautista came from a family of quiet men. He was quiet, too, said Cecilia Bautista, one of his four siblings.

Cecilia and Nestor came to the U.S. from the Philippines in the 1980s. Cecilia became a nurse. Nestor, who had studied engineering, became a nursing aide.

Nestor lived with Cecilia’s family and worked at the same hospital for 24 years, she said. Nestor, who had diabetes, cooked for himself and “preferred to do things alone.”

He picked up extra shifts on his days off and didn’t need to be told what to do, Cecilia said. “He was just work, work, work.”

Eight days after he was hospitalized with Covid -19, Cecilia spoke to Nestor by phone. He said he felt OK. The next day, he was transferred to intensive care, where he died of cardiac arrest.

A nurse with whom Nestor worked died the same day of Covid -19 complications. A hospital spokesperson declined to comment on their deaths, citing privacy.

Cecilia has placed Nestor’s ashes in an urn in his bedroom. She plans to take the ashes to the Philippines, where families visit graveyards every Nov. 1, and put them next to an older brother’s.