No last goodbyes, only Covid, ‘Hamilton’ and Trump

Lost another relative. Not to Covid. But it doesn’t matter. We’re all impacted. As far as I’m concerned  I’m not going to a funeral to be a “super spreader.”

This is my second relative lost in a month. Filipinos aren’t meant for livestreamed wakes and funerals. Unless it’s a two-way Zoom, and neither of my events are.

The life I mourn today is  my cousin’s,  Ted Guillermo. He was 60. His heart gave out.

I always thought Ted was the cutest Guillermo because he looked more like his sisters Cathy and Shirley. Frankly, he looked more like The Beatles’ Paul, rather than his actual older brother Paul, who wasn’t as cute and was someone  whom I could beat in basketball. 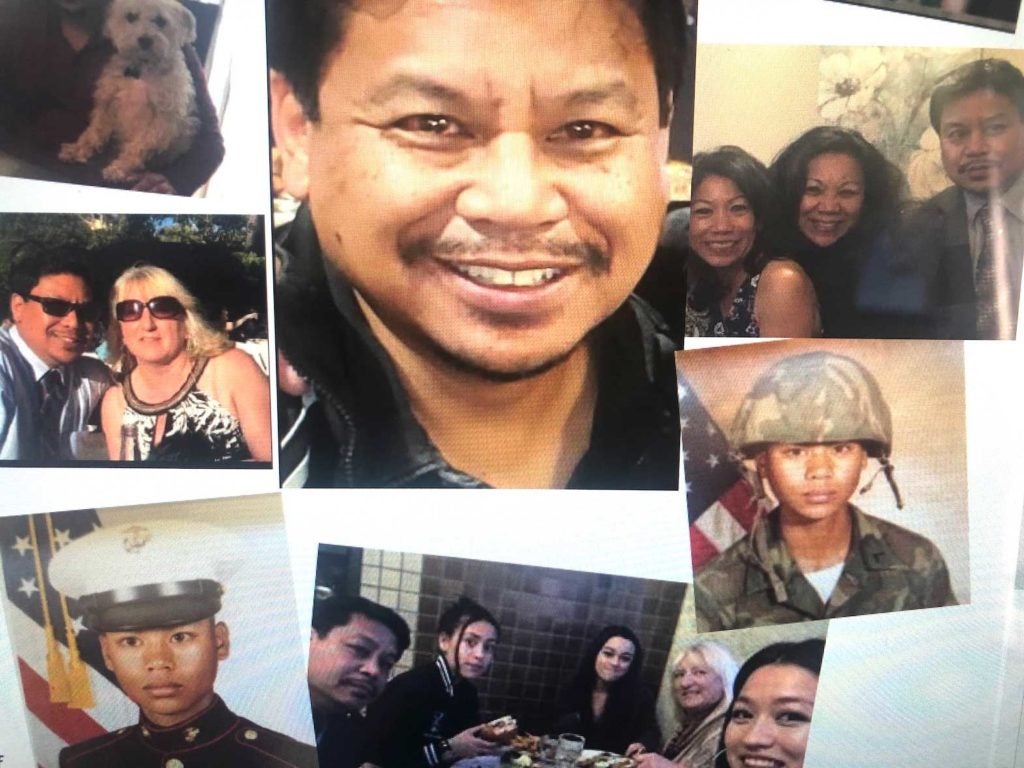 We didn’t really grow up together because of society’s weird promotional formatting. Paul was closer in age to me. Ted was always Teddy. Five years younger. And 6th graders didn’t play with Kindergartners.

So for me Teddy was always frozen in time. I never got to know him. Not Ted the Marine—who still looked like a baby in combat gear.

Not Ted the Sutter Health construction manager. Not Ted the husband to his beloved wife Trudy, and the father to his girls, Megan and Marisa, and Carmen.

We missed each other in life. My early memories of Teddy will have to last. Growing up in San Francisco’s Filipino community.

If you’re one of those people who don’t believe this Covid stuff is for real, then think again. After more than four months, the country is setting case records each day. And most of it by state’s that opened too early.

Georgia opened in late April—new cases have risen by 245 percent. And then there’s California, with a case rate spike of 275 percent since May 25.

We’re not through with this anytime soon. Not unless we practice discipline and delayed gratification. Tough stuff? Not if you want to live. So, mask up. Physical distance. Wash hands.

The 130,000 lives lost in four months– about a fourth of what the U.S. lost to WWII in 3 ½ years—should be a motivator. Think of them. I’ll think of my relatives; my  Ate Esther, last week, my Cousin Teddy, this week.  Covid didn’t kill them. But it kept me from saying a proper goodbye.

‘Hamilton’ and Trump at Mt. Rushmore on the same day

As they say, I’m not throwing away my shot. I took it. I saw it. Finally. It being “Hamilton,” the hottest ticket of the last five years. (I know, where have I been? Waiting in line, excluded. Again).

So I’m glad this past Freedom Weekend, Disney finally gave poor, underprivileged folks like me a break. I got to see the heralded “Hamilton,” in a historical (circa 2016) filmed version, for just the price of an app.

I didn’t have to mortgage anything. Since 2015, I was on the fringe unable to score a ticket on Broadway, Off-Broadway, on the road, anywhere to save my life.

“Hamilton”? It was easier to get into Harvard. Best I could do to see “Hamilton” was pull out an orange-ish ten-dollar bill and dream of about a few hundred of them to cover the price of admission.

Now that I saw it, what’s the big deal?

Here’s my take: So now black and brown folk get to play white supremacists? Is that progress? Great for Actors’ Equity, I suppose. But what about humanity? We get to play the bad white guys now? Does that improve history or does it only help legitimize the white institutional foundation our country was built on by giving it a nice bronzing, like a statue? (Shouldn’t we take it down? But it’s so beloved this Hamiltoning of history).

I mean, what I saw is better than blackface or brownface or yellowface. It’s not sprayed on. We’re now the embodiment of the masters! Hallelujah?

So, if you’re gushing like crazy about the hip-hop musical after seeing it on a loop on the video app since July 3 or after seeing it live in the past five years, I hope my questions jar you just a bit.

Did you really like “Hamilton” all that much? As much as “Frozen 2”? (What if Olaf were Filipino like Robert Lopez?)

Reed’s lament
Turns out my friend the writer Ishmael Reed was right. Long a critic of “Hamilton,” Reed, in his 80s, is no mere crank.

He’s the OG novelist-playwright-poet on a mission, whom I first met as a graduate student at Wash U. in St. Louis. When a famous white writer told me to take the Filipinos out of my stories, visiting professor Reed told me to put them back in. It was my story after all.

To this day, Reed’s Before Columbus Foundation has been dedicated to highlighting the multicultural perspective. He’s also the only MacArthur Genius I know.

At first, I thought he’d love the idea of casting America’s genocidal history in a new light. But not in this “Hamilton.”

After years of denouncing the musical, Reed unleashed his own play, “The Haunting of Lin-Manuel Miranda,” in June 2019, at New York’s Nuyorican Café, the room where it happened.

I’m sorry I missed it. I was busy prepping my own American Filipino historical reckoning, “All Pucked Up,” in Washington, DC.

In his NYC production, Reed essentially put the history back in “Hamilton” and took the whipped cream out. No more corny lyrics. No more rinsing of the facts. Jefferson and Washington were steeped in slavery, dontcha know? Hamilton married into the Schuyler family, notorious slaveholders in upstate New York.

It was said to be a scolding, earnest satire that washed out the fun of a Mirandized “Hamilton.” That’s always been Reed’s style, to confront with truth.

Meanwhile his target “Hamilton” mesmerizes you with hip-hop and convinces a dazzled public to throw away its shot.

But I was more disappointed that he used the scene in South Dakota to give his declaration of war against people of color.

It was an odd speech, marked by Trump’s own ignorance of history. Didn’t he understand that by going to the Black Hills site, also known as the sacred He Sapa, Trump was reminding us all that we can’t begin our racial reckoning with just slavery, that we must begin with Native Americans?

According to Indian Country Today, the nation’s leading news source on Native American issues, the Black Hills is such sacred ground that Trump’s appearance itself was a desecration.

Didn’t he know that the sculptor Gutzon Borglum had ties to the KKK when the project began? Or that even Lincoln had once backed the hanging of 38 Dakota men in Minnesota?

Didn’t Trump know that the Black Hills are part of the Fort Laramie Treaty of 1868, which is still in dispute? The U.S. has offered millions for seizure of the lands, but the Lakota want the land back. And the presidents removed.

“Visitors look upon the faces of those presidents [on the monument] and extol the virtues that they believe make America the country it is today,” said Chairman Harold Frazier of the Cheyenne River Sioux Tribe on Twitter. “Lakota see the faces of the men who lied, cheated and murdered innocent people whose only crime was living on the land they wanted wanted to steal.”

It’s not enough to say that the presidents of Rushmore, those in stone and those who just flew in, are merely flawed and then let things stand.

You can’t force forgetfulness. I thought “Hamilton” could be an escape from all that. But it wasn’t.

Admittedly, as I watched the app, I found myself tapping my toes and humming along. On the surface, “Hamilton” is nothing but charming fun. Revolutionary in costume only. A shallow grave to bury the truth.

The real villain, I suppose, is King George III, who is still a loon, given to frothing at the mouth and ditty singing. But casting white colonial slaveholders as heroic people of color is a little like cheering Clarence Thomas for being on the Supreme Court.

When you realize what you’re seeing, you’re left with that funny aftertaste. I don’t want to rob you of your guilty “Hamilton” pleasure. I’ve got friends and family members who know the words by heart.

Just look at it as you would a grand confection. Or a modest one, say a vanilla soft-serve cone double dipped in black and brown sauce that hardens in a deceptive shell and immediately crumbles on first bite.

“Hamilton’s” a double-dippity, hip-hoppity delight that will leave you hungry for something else.

Emil Guillermo is a journalist and commentator. He writes a column for the Inquirer.Net’s North American Bureau. Twitter @emilamok. Listen to “Emil Amok’s Takeout” on www.amok.com