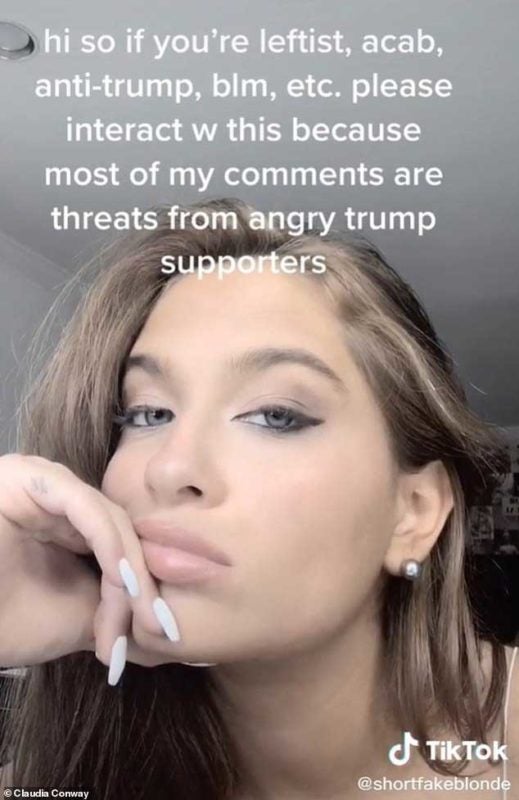 Claudia Conway, 15, tweeted, “if you’re a woman supporting trump, i feel bad for you. you must really hate yourself. lots of internalized misogyny… yikes,” TIKTOK

White House counselor and Trump champion Kellyanne Conway has another problem at home. Her 15-year-old, part Filipina daughter Claudia has gone viral for slamming her boss.

Kellyanne’s husband, George Conway, is an outspoken founder of the Lincoln Project composed of Republicans who oppose Trump. His mother is a chemist from the Philippines.

“I know a lot of my friends are so informed and I think they wouldn’t be if it weren’t for social media, which is why I think using one’s platform for good and for the education of others is so, so important, especially in our day,” Claudia told USA Today.

She said her father is supportive of her videos and that she loves her mother, even though she gets into political arguments with her. But in other posts she said her parents were trying to silence her and that she was “sorry your marriage failed.”

“if you’re a woman supporting trump, i feel bad for you. you must really hate yourself. lots of internalized misogyny… yikes,” she tweeted.