Police in So. California arrest woman who harassed Asians 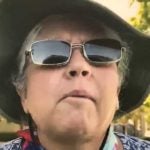 TORRANCE, California – Police arrested a Southern California woman, who was filmed harassing Asian Americans on two separate times in one day, but she was charged only for a third incident that took place in October.

ABC NEWS reports that police in Torrance arrested Lena Hernandez Friday for a misdemeanor battery charge for an incident in October. Hernandez, 54, is out on $1 bail.

However, according to the Daily Breeze, she will not be charged for her volatile confrontation with two Asian Americans last month.

Hernandez first gained notoriety after being caught in a video telling a Filipino American woman to “Go back to whatever f*cking Asian country you belong in.”

Later that day, she harassed a father and his two sons in the same city park saying, “I play the game in which you get f*cked to death.”

After videos of both incidents went viral, a third woman came forward claiming Hernandez attacked her at a local mall in October. The victim says Hernandez physically attacked her after she came to the defense of a janitor who she said was being verbally harassed by Hernandez.

That victim, Kayceelyn Salminao, said she filed a police report, but police did little to investigate.

City Attorney Patrick Q. Sullivan explained why no charges are being filed in the more recent two cases.

“After a careful review of all the evidence available at this time, there is insufficient evidence to support filing any criminal charges against Ms. Hernandez,” Sullivan said.

Police have been heavily criticized for lack of action and the delay in pressing charges in these three cases.