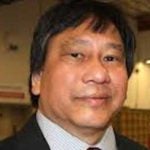 As Campbell Postmaster, Sanchez will oversee 68 employees who will process and deliver a daily mail volume of more than 85,000 pieces to 22,132 addresses, 33 city routes, one auxiliary route and 3,160 P.O. boxes, six days a week.

Sanchez came to the United States in 1984 to join his family and began his postal career as a part time flexible carrier in San Jose, California. His brother and brother-in-law were both working in the postal service, where jobs were stable and came with good benefits.

A coworker described Sanchez as  “methodical, smooth and very hardworking.”