Time to take to the streets 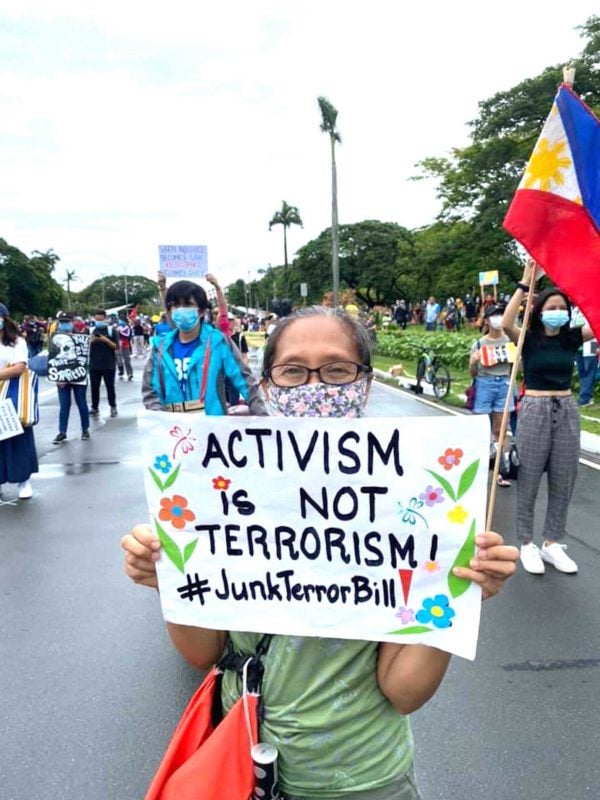 Police checkpoints and heavy downpour did nothing to stop the protesters who gathered at the University of the Philippines in Diliman, Quezon City, to reject the Anti-Terrorism Bill. PCIJ

TORONTO—Thousands of protesters have taken to the streets in several U.S. cities to express their collective indignation against the killing of George Floyd, an African-American, by a white policeman in Minneapolis. The number of protesters has grown each day, a sign they are not going to go away soon and be stalled by the coronavirus lockdown.

These protests may continue until there are radical changes in law enforcement, particularly with the racial and discriminatory treatment of African-Americans and other minorities.  Recall that the Montgomery bus boycott in Alabama against racial segregation in busing caught fire after Rosa Parks refused to transfer to the back of the bus in December 1955, and it took a year to simmer down. We could be witnessing the dawn of this new black uprising on the streets of America today.

While applauding the protests against Floyd’s killing, a participant in a recent University of the Philippines alumni forum criticized his fellow Filipinos for failing to show outrage against the killing of thousands of poor and defenseless suspects by the police in President Duterte’s war on drugs. “Have we lost our moral values or are we simply too afraid to speak out?” he asked.

Has the coronavirus lockdown prevented Filipinos from marching to express disapproval of the anti-terrorism bill now awaiting President Duterte’s signature? Has it kept them collectively mute about Rappler publisher Maria Ressa’s conviction for cyber libel?

We may not be on the threshold of despondency about Duterte and the clear and present threat to democracy that he represents, but is this not the time to resist and to resort to civil resistance?

There seems to be no progressive cause anywhere in the world that has failed to advance without a civil resistance movement behind it. Almost 40 years ago, millions of Filipinos went to the streets to depose a dictatorship. This time is no different.

History is so replete with coups, rebellions and civil wars one would think these are the only reliable means to topple an authoritarian regime. Not so much anymore, says political scientist Erica Chenoweth in her book, Why Civil Resistance Works: The Strategic Logic of Nonviolent Conflict.

In her study of all major nonviolent and violent campaigns for the overthrow of a government or territorial liberation since 1900, Chenoweth found that nonviolent movements have been more likely to work.

Chenoweth’s study also found out that it only takes 3.5 percent of the population to achieve and sustain a successful mass movement. She writes: “every single campaign that exceeded that 3.5 percent was a nonviolent one. The nonviolent campaigns were on average four times larger than the average violent campaigns.”

Of course, 3.5 percent is a lot of people. Nonviolence becomes more effective than violence when more people are persuaded to go out into the streets.

Chenoweth explains: “Violent resistance movements even if they do succeed, can create a lot of long-term problems. Nonviolent uprisings were more likely to emerge with democratic institutions. After all, a nonviolent movement is often inherently democratic, a sort of expression of mass public opinion outside of the ballot box.”

In 1986, millions of Filipinos took to the streets during the People Power revolution. The Marcos regime folded on the fourth day. More than two million participants were attracted at the height of the People Power movement. Numbers really matter for building power in ways that can really pose a serious challenge, and nonviolent protests seem to mobilize that widespread support.

With today’s apparent success of the Black Lives Matter movement in the U.S., we can no longer ignore the effectiveness of peaceful protests. It is only a matter of time before we celebrate our victory as well.

Joe Rivera is a retired Toronto lawyer and blogger (anuncomplicatedmind.blogspot.com).