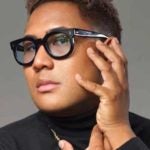 The award celebrates “artists whose body of work has become a vital part of the evolving conversation around the social impact of arts activism” and is named for gay rights pioneer, arts educator and creator of Celebration Theatre, Charles “Chuck” Rowland.

Mason was originally supposed to receive the award in person at a live ceremony. In response to the Covid-19 pandemic, an online program was arranged instead. His trophy was delivered to his home and his unboxing was recorded for the program.

The program was still scheduled for June, as the ceremony was originally planned, to coincide with Pride Month.

In his acceptance speech, Mason said, “I am grateful beyond words to Celebration Theatre and the City of West Hollywood for bestowing upon me the Chuck Rowland Pioneer Award for 2020.

“I do not take this award or the responsibility it bears lightly. In a time that is tumultuous, changing and vital like ours, I believe that art—particularly queer art—has the unique capacity to dare people to embrace those who are different simply because of that difference.

“The work that I make for theater aims to foster a culture of love, empathy and understanding for ‘the other’ and it is my earnest prayer that the Chuck Rowland Award and the platform that it will afford me in the future will grant me more opportunities to make work and provide creative possibilities for artists, actors, directors, designers, producers, dramaturgs—the list goes on—who need to see themselves and their lived experiences performed, celebrated and affirmed on our stages. Thank you.”

He added, “It truly takes a village to uplift LGBTQ voices…let the fight go on. We are not done. We will persevere.”

Born in Santa Monica, California, Mason has a master’s degree in writing for screen and stage from Northwestern University.

Mason received praise from his colleagues during the program. Excerpts from his works were also performed.

Director June Carryl, who directed a scene from his “Onion Creek,” said, “Roger is a storyteller his language is lyrical, poetic, forceful, steeped in history, melancholy. Roger is a force as a playwright and as a person.”

Director Lovell Holder, one of Mason’s frequent collaborators, directed a scene from “The White Dress” and from “Lavender Men” (a monologue acted by Mason himself for the program).

Ann James helmed a scene from “Pride of Lions.

Michael Kerns, a former Chuck Rowland Pioneer Awardee and Celebration Theatre cofounding member, said that Mason is more than all that.

He added that Mason’s revolution “encompasses equality for women, queer artists of color, gender-nonconforming artists of all stripes. He is a rebel with a cause. He is an endangered species, protect him, nurture him, love him.”

Kerns is connected with Skylight Theatre, which had been preparing to stage the world premiere of “Lavender Men” back in April. The theater company still plans to stage it eventually.