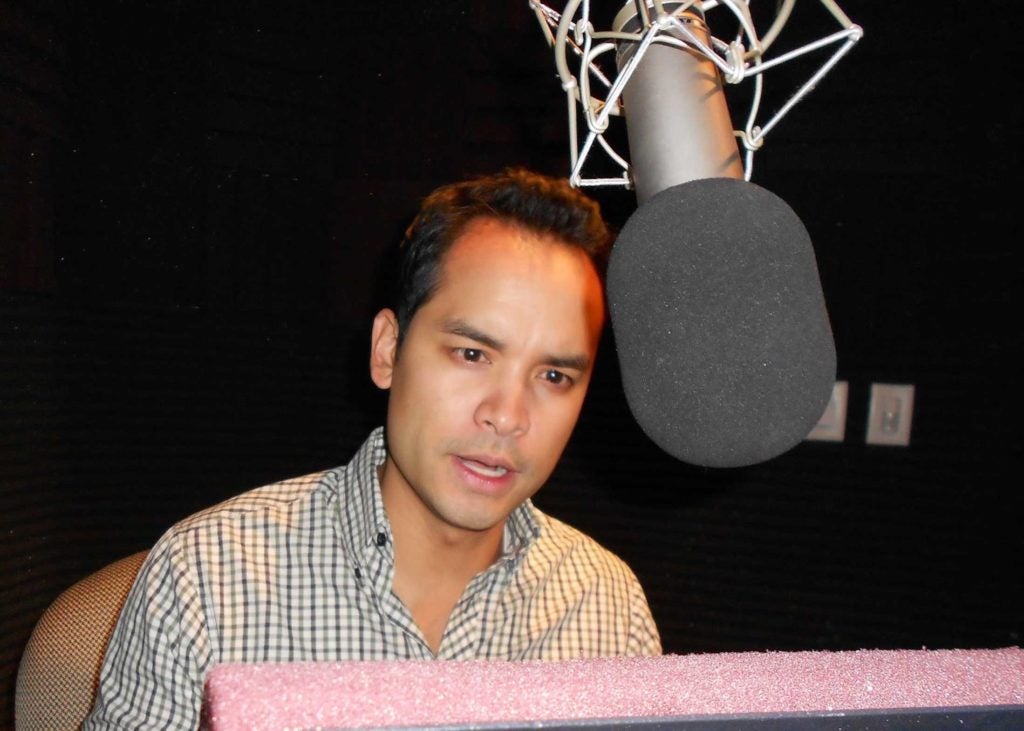 This recognition comes in addition to an Earphone Award for his work narrating the audiobook format of Middle Grade (MG) novel We Dream of Space, authored by Fil-Am writer Erin Entrada Kelly.

Both awards are given out by Audiofile Magazine.

De Ocampo posted on his Instagram account, “I am flat on my back honored by this lovely recognition of my work in audiobooks.”

He went on to explain that being named a Golden Voice is “an enormous honor, an induction into a narrators hall of fame.

“After telling stories quietly like this for years, I couldn’t be more grateful,” he added.

He then noted that he was proud to be counted among truly gifted colleagues in this year’s batch of Golden Voices.

In a separate post, he shared a cover of Kelly’s book and praised it as “gorgeous.” 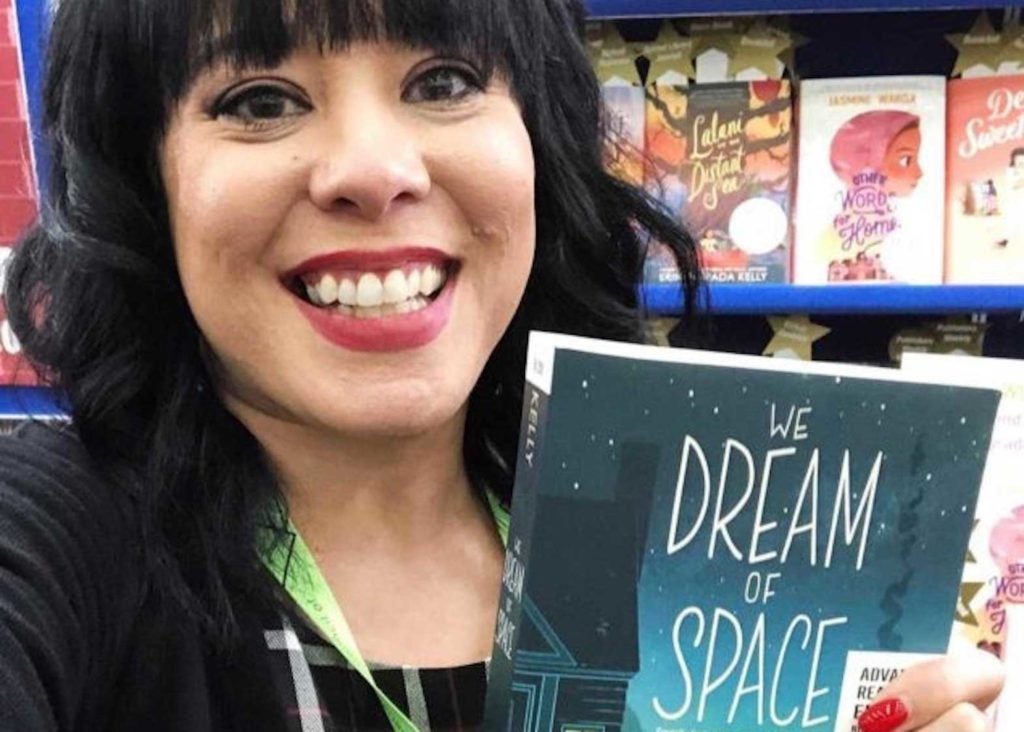 Erin Entrada Kelly with a copy of We Dream of Space. CONTRIBUTED

He wrote, “I love this book. It makes you ache in the way good books do.” He’s also posted on Twitter, “I love this beautiful book … it is so full of soul.”

He then wrote “2 for 2 now for us Erin!” referring to the previous Earphone Award that Kelly’s previous book Hello, Universe has won, which he and Fil-Am Amielynn Abellera co-narrated. 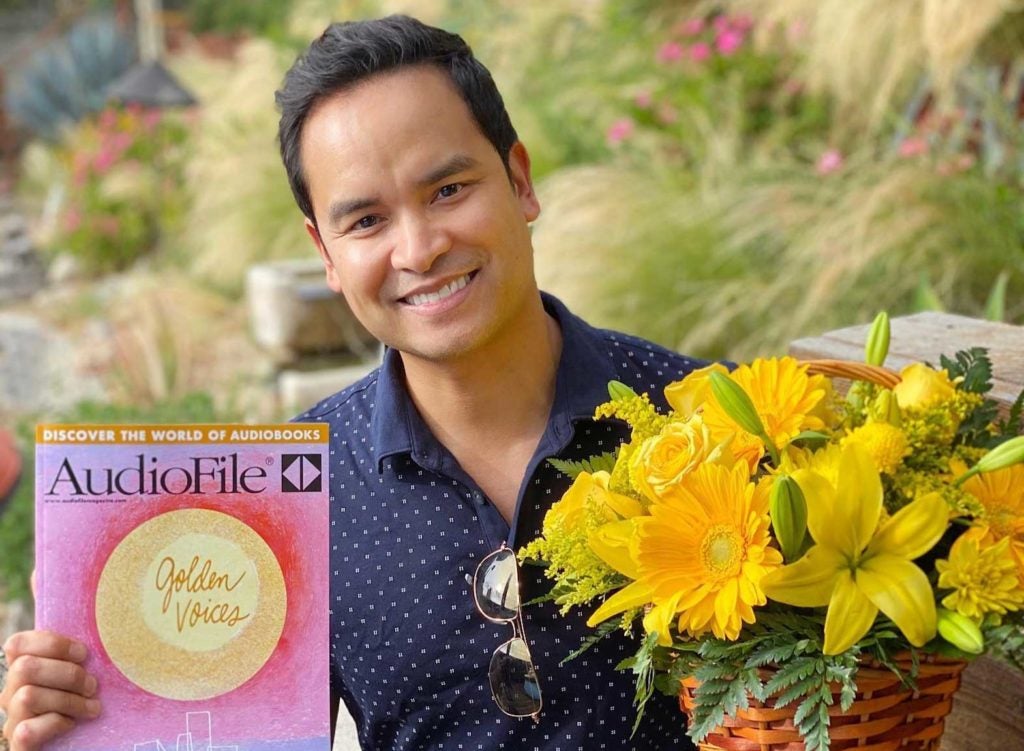 The Earphone Awards are for “exceptional titles that excel in narrative voice and style, characterizations, suitability to audio, and enhancement of the text.”

The magazine praises De Ocampo’s work, describing how he “infuses his narration … with direct and subtle emotions that define” the main protagonists and “delves meaningfully” into each of their lives.

De Ocampo has narrated more than 200 audiobooks and has more than a dozen industry awards.

He has narrated several audiobooks written by Filipino Americans or Filipinos. (Read the list here.) He has also narrated the Diary of a Wimpy Kid series.

Based in Los Angeles, he is familiar to television viewers because of his roles on various shows such as “Guidance,” “Notorious,” “12 Monkeys,” “Medium,” and “The West Wing,” among many others.

De Ocampo was born in the Philippines but moved to the US with his family when he was only a year old. Raised just outside of Washington, DC, he realized acting was his calling after he watched a touring production of “Les Miserables.”

After studying acting at Carnegie Mellon University, the first audiobook he narrated was Life’s a Funny Proposition, Horatio.

In We Dream of Space, the story is set in 1986 as basketball-loving Cash has to repeat the same grade with his 12-year-old twin siblings: the quick tempered Fitch and shy Bird. While the three siblings agonize over their personal anxieties, the country and their classmates are excited about the upcoming launch of the Space Shuttle Challenger.

Kelly is a New York Times-bestselling author and was awarded the Newbery Medal for Hello, Universe. She has received many awards for her work. She grew up in Lake Charles, Louisiana, and now lives in Delaware.