Call him by his name 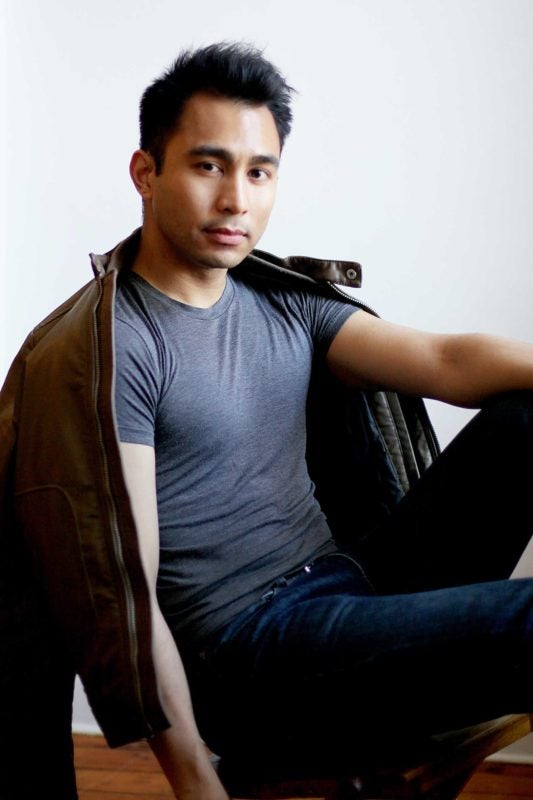 Matt Ortile had been tinkering with the phrase “The groom will keep his name” for some time as a potential title for his book before it was picked up by his publisher.

It was an uncommon phrase, he said, because in straight relationships, men typically keep their name while women take their husband’s name. The title also stemmed from his fascination with how some women would keep their last name in a marriage, what that meant to them and why they did it.

“I used to want to marry a white man and take a simpler, more pronounceable name,” Ortile told Inquirer.net in an email. “Now I realize that this desire was a symptom of my colonial mentality. So, for me, the idea of keeping my name in marriage is a reclamation of ‘Ortile,’ something that felt so foreign in the US, and a celebration of my Filipino identity.”

Ortile’s debut book, The Groom Will Keep His Name, recently released by Bold Type Books, is a collection of essays focused on sex, power and the model minority myth. The book had initially started off as one about dating as a millennial in New York. But Ortile said it ended up becoming one that explores the power dynamics he has to contend with as a brown queer immigrant in the United States and in the world through the lens of relationships.

“It was exciting to have that evolution because the more I wrote about things like the model minority myth and internalized colonialism—big issues I dealt with as a member of the Filipino diaspora—the more the book felt like it was mine, a book that I was meant to write, a book that helped shape my voice as a writer,” he said.

Ortile, the managing editor of Catapult magazine and founding editor of BuzzFeed Philippines, wrote his book in 2019, traveling to the French countryside in April for a retreat and an artists’ colony called the MacDowell Colony in New Hampshire in July. He also flew to Manila in the fall and winter to talk to his family about the book. His mom was instrumental in helping him remember many of the events he wrote about, filling in gaps and offering corrections when needed, he said.

“The Groom Will Keep His Name” originally featured 13 essays before it was trimmed down to 10, Ortile said, all of which focus on sex and power in the contexts of race and immigration. 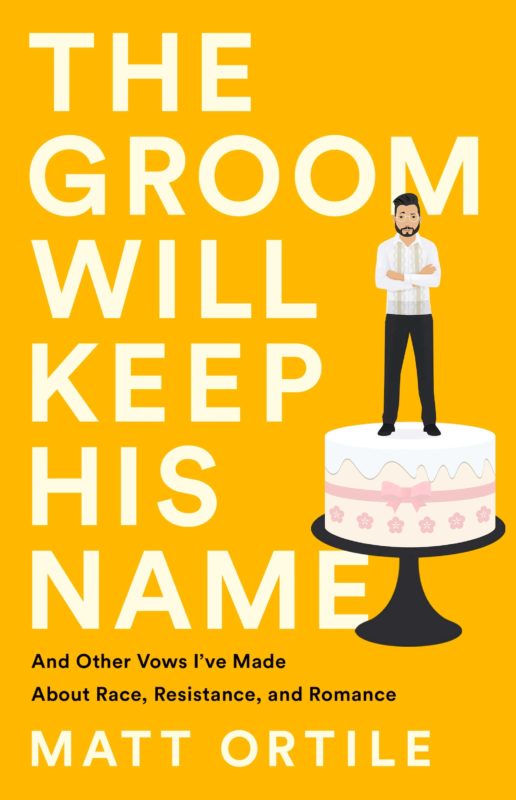 “I wanted to tell this part of my story, part of my unlearning the miseducation that white supremacy teaches us,” he said. “So it was fitting to talk about that along the lines of my relationships with white men—and whiteness, generally—because it’s easier to understand the theory of power and colonialism through personal experiences or anecdotes, I think.”

Of the essays in his book, Ortile said his favorite is “Balikbayan,” which also happened to be the most difficult to write. It’s probably the most personal chapter in the book and takes place primarily in the Philippines, he said.

“They’re all intimate essays, though I think I’m most vulnerable in that chapter because I admit that not everything that happens in that part of the book is resolved; it’s not tied up in a neat little bow,” he said. “It’s a story that goes into the complications of my family, my experience as a Filipino American, and says it’s fine if things stay unresolved for now. ‘Ganyan ang buhay’ (that’s life), as my mom likes to joke, ‘parang life.’”

Ortile said he hopes his book will lead readers to understand the importance of examining their traumas, oppression, privileges and biases – particularly in areas of life people may not delve into as critically, such as familial, romantic and sexual relationships.

“It’s a difficult and ongoing process, to decolonize and to develop our understanding of our intersectional identities in order to love ourselves, but it’s important to know that there are others in our communities doing that same work,” he said. “That this work is best done in solidarity with those like us and those unlike us. That’s the spirit of kapwa, ’di ba? Solidarity with others in service of a greater good.”