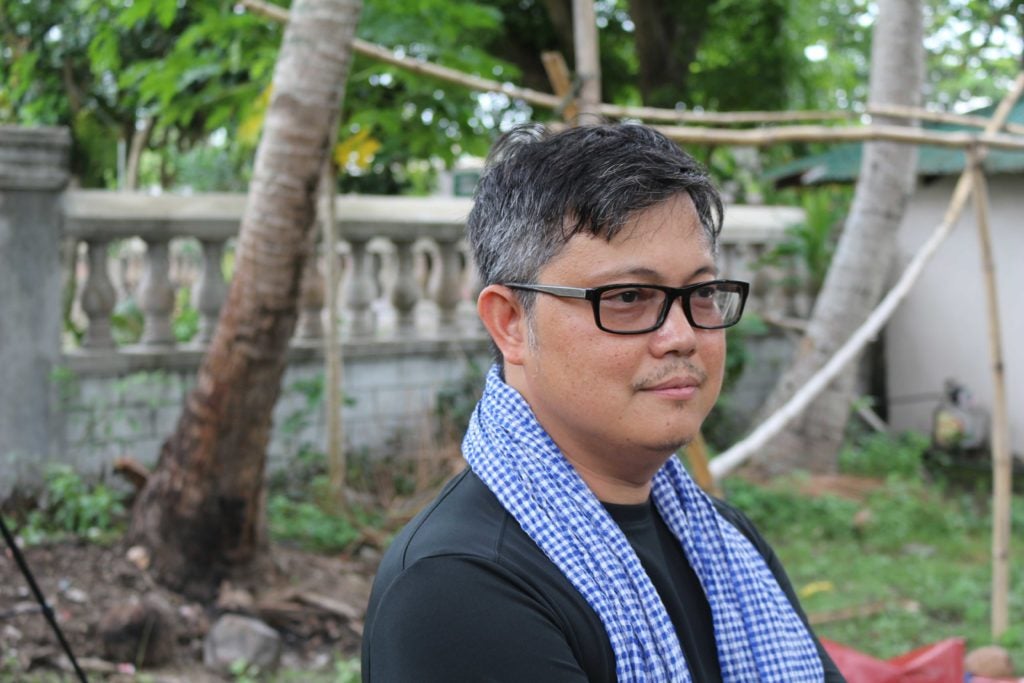 Archeologist Dr. Stephen Acabado: “What if I told you the Ifugao Rice Terraces are only 500 years old?” CONTRIBUTED

What if our beliefs turn out not to be true? What if we were conditioned to believe something because we are a “colonized” people who have yet to find out who or what we are? How would we react if a thousand-year-old belief turned out to be a myth?

Like the supposedly 2,000-year-old Ifugao Rice Terraces in the Philippines?

“I was introduced to the magnificence of the Ifugao terraces so much, I consider it emblematic of Filipino heritage,” explains Stephen Acabado, associate professor of Anthropology at the University of California-Los Angeles and also an archaeologist at UCLA’s Cotsen Institute of Archaeology.

Textbooks tell us that the Ifugao Rice Terraces are ancient. One would think that while Jesus Christ was teaching in the Galilee, the early Filipinos or the second wave of agricultural Malays, as claimed by Beyer’s Theory of Migration, came to the Cordillera Region and started building the terraces using only their hands and the most basic tools, taking 2,000-3,000 years to finish.

“We need to break the myth. The important first step is to work with descendant communities, an approach we call community archaeology. This is what we are doing in Ifugao that has contributed to the emergence of Indigenous archaeology,” Acabado says.

Acabado emphasizes that claiming that the Ifugao Rice Terraces as ancient is a caricature of the un-colonized, isolated peoples and “original Filipinos.”  This colonial perspective depicts not only the Ifugao and the rest of upland Filipinos as unchanging and backward.

According to Acabado, echoing his Ifugao collaborator, Marlon Martin, “The Ifugaos never said the terraces are 2,000 years old. Wasn’t it people from the academe who said that? Now you ask me how I feel now that the terraces are proven to be only about 500 years old. Maybe I should ask you, academics, how do you feel?”

In The Short History of the Ifugao Rice Terraces: A Local Response to the Spanish Conquest published by the Journal Field of Archeology, Fray Juan Molano described rice terracing tradition of the Ifugao in 1801. Contacts with the Ifugao were recorded as early as the early 1700.

Ifugao folklore suggests that the Ifugaos were taro cultivators and wet-rice was only introduced later. Earlier research suggested that rice terrace cultivation started in the fringes of Ifugao in the low-lying areas of present-day Isabela.

They also based their assumption on hudhud, which implies that rice-terracing cultivation was most likely associated with Spanish arrival in the area. Hudhud is a narrative chant performed by the Ifugao community during the rice-sowing season and funeral wakes and rituals.

Architectural energetics is a methodology in archaeology that generates estimates of the amount of labor and time allocated to construct ancient monuments. It allows detailed analysis of architecture and especially the analysis of social power underlying such projects.

As a boy, Acabado was awed by the majestic Mount Isarog. At the time, he did not know that people from his village fled to the mountain to escape from the “white men” bearing a Cross and swords; or that the ocean was the “ancient highway” for merchants who exchanged goods with the settlers.

His coastal village called Cagliliog is a part of Tinambac, Camarines Sur, in the Bicol Region, probably a part of 2,000-year-old  settlement bounded by the Pacific Ocean on the northeast and San Miguel Bay on the west. It was already a thriving community engaged in trading with their neighbors, even before the Spanish colonizers came in the 16th century. 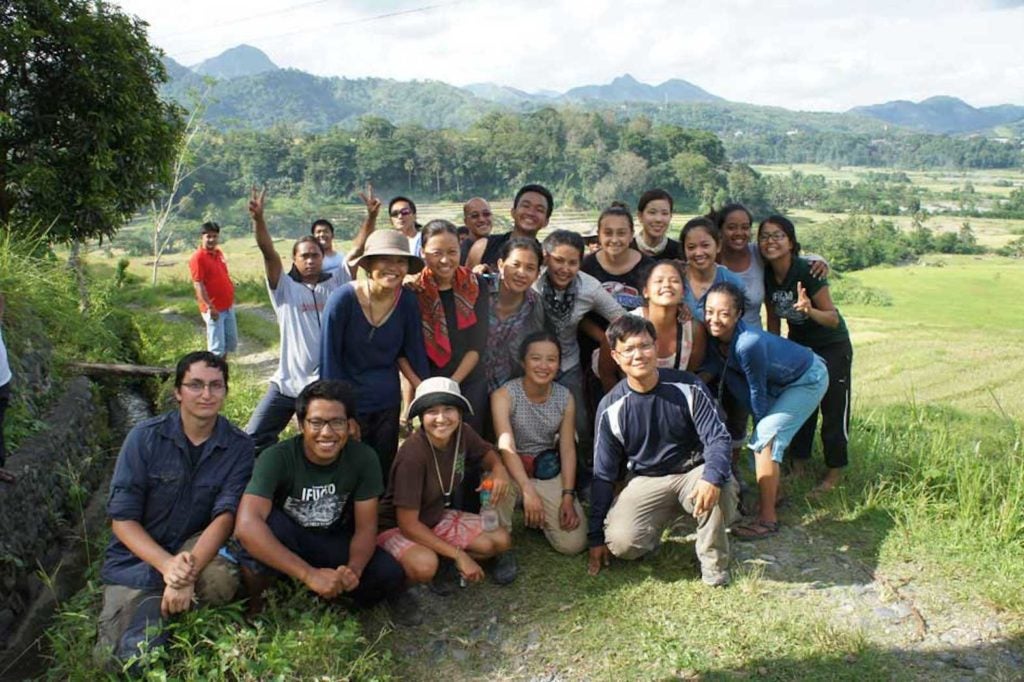 The IAP Crew and students with the Old Kiyyangan Village in the background during the excavation in 2012. CONTRIBUTED

Stephen left his village to study anthropology at the University of the Philippines. In 2001, through scholarships, he left the Philippines to finish his master’s and doctoral degree in Anthropology at the University of Hawai’i.  He focused his research on the archaeology of highland agricultural systems in Southeast Asia as well as on the indigenous responses to European colonialism. But it was the Ifugao Rice terraces that roused his interest.

Acabado’s dissertation titled ‘The Archaeology of the Ifugao Agricultural Terraces: Antiquity and Social Organization’ was funded by National Science Foundation (NSF) Improvement Grant and Henry Luce Foundation/American Council of Learned Societies Dissertation. In 2013, he started working at UCLA, and received a tenure in 2020.

The project has encouraged community participation. “Community archaeology entails a partnership between local people and trained archaeologists conducting investigations. The participation of the local community aims to humanize the material past and bring an end to the exclusive control that colonial archaeology has had over its interpretation,” Acabado explains.

Acabado says that his team’s findings on the myth of the rice terraces do not diminish its importance in the culture of the Cordilleran peoples. Instead it highlights their social and political struggles to fight off the invaders.

The findings were made in a short animated film, which aims to equip teachers with recent ethnographic, historical, ecological, and archaeological studies in developing a basic knowledge of Ifugao local history and culture. The film focuses on the Old Kiyyangan Village (OKV), the site of the IAP’s excavations from 2012-2016.

The target audience is elementary and high school students. Armand Burgos developed the film, while Marlon Martin and Acabado developed the idea and wrote the script. The National Geographic Society and the Whiting Foundation funded the film.

Acabado says it is a great example of co-creation and co-production of knowledge because this was a major product of collaborative effort with community.

Will it be accepted, especially by the older generation?

“The film will be more understood and imbibed by the younger ones who are still in the process of being educated and less by the older generation who have been told the opposite,” Acabado says.

A long walk with history

Acabado admits that it is going to take a while before the old historical narrative is replaced by an empowering one. The Philippine Department of Education and National Commission on Culture and Arts (NCCA) should initiate the changing of the narrative, especially on official documents and UNESCO designation, he said.

“It is important to know our deep history but equally important is our recent history because it humanizes our cultures. We must acknowledge the fact that Filipino culture is diverse; that authenticity is within us, not with the long-gone history. Identity is now, and we contribute to the diversity of being Filipino,” Acabado concludes.