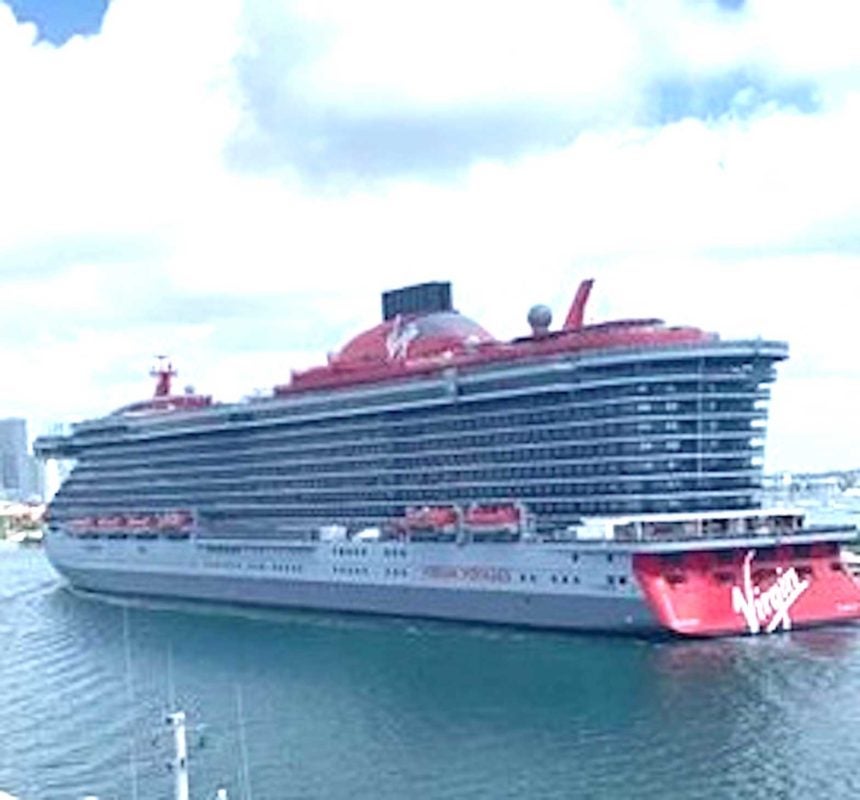 Investigators report that the death of a Filipino utility worker aboard Virgin Voyages’ Scarlet Lady anchored off Miami may have been due to “self-harm.” SCREENGRAB

MIAMI – A Filipino crew member aboard a Virgin Voyages ship died Friday night, May 22, the U.S. Coast Guard said. Police have boarded the ship to investigate.

The crew member, a 32-year-old man whose identity has not been disclosed, died aboard Virgin Voyages’ Scarlet Lady, the Miami Herald reported.

Crew members who wished go remain anonymous said their deceased co-worker was a hotel utility employee. He was found dead in his cabin, an apparent suicide.

The Scarlet Lady is the company’s first and only ship in operation, and can hold 2,770 people. It was supposed to launch from Miami in March but was canceled due the novel coronavirus pandemic. The company announced it has canceled cruises through Oct. 15.

Many crew members have remained aboard cruise ships nearly 75 dayts since cruising was suspended due to the coronavirus pandemic.  In addition to deaths from Covid-19 infection, a number of suicides have also been reported.

Crew members have reported a sense of isolation from their families and confusion on when and how they will be repatriated home. Many crew members also express feelings of frustration and depression.