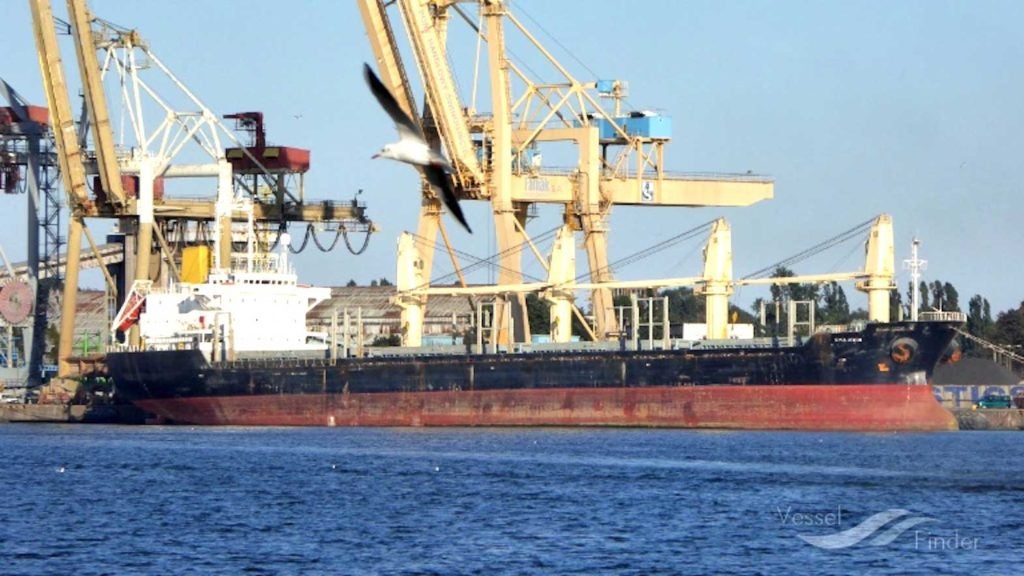 The cargo ship Evolution, with a mostly Filipino crew, has been detained in the port of Charleston since January this year. VESSEL FINDER

CHARLESTON, South Carolina — The 21 mostly Filipino crew members of the cargo ship Evolution, which has been detained off the tip of Charleston peninsula since late January 2020, want to be paid back wages from the proceeds of a proposed sale of the vessel.

Most of the stranded seamen are from the Philippines, except for the two top-ranking officers, who are from Jordan and Lebanon.

The crew said in a court document filed on May 17, that they are owed more than $355,000 under their employment contracts and entitled to share a $42,300 bonus if the anchored freighter is sold.

The U.S. Marshals Service detained the vessel on Jan. 31, a day after it arrived in Charleston.

A consortium of insurers is demanding that the Evolution be put on the auction block to pay for a shipment of iron that was damaged by saltwater as the vessel sailed to Indonesia from Iran.

They are seeking to recoup $1.45 million from an overseas maritime firm called Smooth Navigation, according to a negligence lawsuit filed in federal court earlier this year.

The stranded crewmen are asking a federal judge to place a maritime lien on the ship and allow them to intervene in the insurance dispute before the auction, which was scheduled for May 19.

Otherwise, their pay claims are in peril of being extinguished. The crew members, who have continued to perform their duties, are not seeking to postpone the auction.

A public auction is appropriate based on the growing and extensive expenses and the disproportionate decreasing value of the ‘Evolution’.

In addition to the crew wages, the ‘Evolution’’s owner and manager, both Greek companies, owe Coleman Supply Co. about $53,200 for provisions, according to a recent court filing. The Charleston-based ship chandler was seeking to place a separate lien on the freighter to secure its 10 unpaid claims.

The bidding starts at $1.25 million and will increase in minimum $10,000 increments. Would-be buyers are required to submit a $125,000 refundable deposit, according to the sale terms.