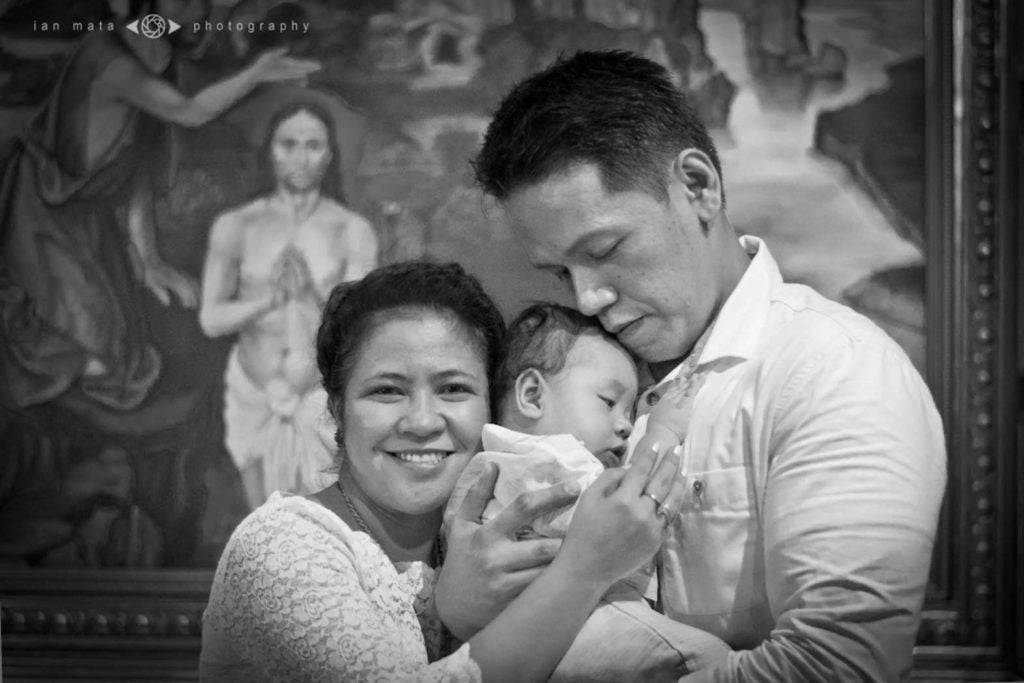 For centuries our ancestors have experienced the joy of having infants baptized en masse, which have been lovely occasions of family reunions and social contacts. Chronicler Antonio Pigafetta gave a firsthand narrative of the historic mass Baptism in 1521: Battezzassemo ottocento anime fra uomini, donne e fanciulli. “We were baptizing eight hundred souls among men, women and children.”

But, come to think of it, is the Filipino Church mass producing Christians like Ford assembles cars, the notable difference being the latter’s mass production comes with better quality than the former?

The oldest member of the Propaganda Movement triumvirate, Marcelo Hilario del Pilar was born on August 30, 1850, in Bulakan, Bulacán, and was baptized one week later on September 4, 1850. Five years older than Rizal, Graciano López Jaena was born in Jaro, Iloilo, on December 18, 1856, and two days later he was baptized at the Jaro Church. His parents were like the rest of the Catholic world who believed that Baptism as a Sacrament absolutely removed the Original Sin in baby Graciano’s soul and made him, at that instant, a precious child of God.

José Rizal as a growing boy went on a pilgrimage with his father to fulfill his mother’s vow. In Antipolo, the little boy prayed, bending his knees before the image of Nuestra Señora de la Paz y Buen Viaje in imitation of his father. The rate of maternal death was high and, anticipating a “difficult” birth on June 19, 1861, at midnight, Dona Alonso vowed to Our Lady of Antipolo that she would take her child on a pilgrimage, if she survived the “difficult” birth.

On June 22, 1861, infant Rizal was baptized by Padre Rufino Collantes, cura parroco of Calamba. Her mother chose José as his first name in honor of Saint Joseph, foster father of Jesus and husband of Mary, to whom Doña Teodora was ardently devoted. During the baptism ceremony, Padre Collantes noticed the big head of the child and told the crowd: Alagaan ninyo ang batang ito, balang araw ay magiging dakila siya. “You take care of this child, for one day he will be great.”

Paradoxically, our heroes who were baptized Catholics as infants hated the Catholic Spanish friars. Infant Baptism is a sacred tradition, alright, but the Filipino Church for centuries appeared to have focused itself more on the sacramentalization and less on evangelization that resulted in the rise of nominal, cafeteria, and K-B-L Catholics and the unchurched. In the future, it would be a shame to repeat what the CBCP admitted in 2019: “We have not been effective enough in our catechesis about the Faith.”

Evangelization, Padre, evangelization. A respectful recommendation goes like this: Padre, slow down all mass infant Baptism, mass Confirmation, mass wedding in favor of a more integral and strategic pastoral-prophetic approach to the administration of the Sacraments.

One to two infant baptisms spread out in a week are far better than 10 to 20 infant baptisms crowding every Sunday and during fiestas. Reach out to more parents and make them your partners in the sacred duty to catechize their child. If quality standards are carefully applied to the parish administration of the Sacraments like what Toyota and Honda do to the assembly lines of cars, then we nip in the bud both the problems of nominal Christianity and Catholic evangelical emergency.

If mass baptism leads to mass production of members, what then is the meaning of growth without depth? What is the use of being a supermajority or a “predominantly Catholic” nation without commitment and loyalty to the Catholic baptismal promises?

I cite the outgoing Papal Nuncio Archbishop Gabriele Caccia’s parting words: Faith is not a numbers game. “Christian faith is not about numbers, size, or even popularity but the quality is of the essence.”