US allows use of 1st drug shown to help virus recovery 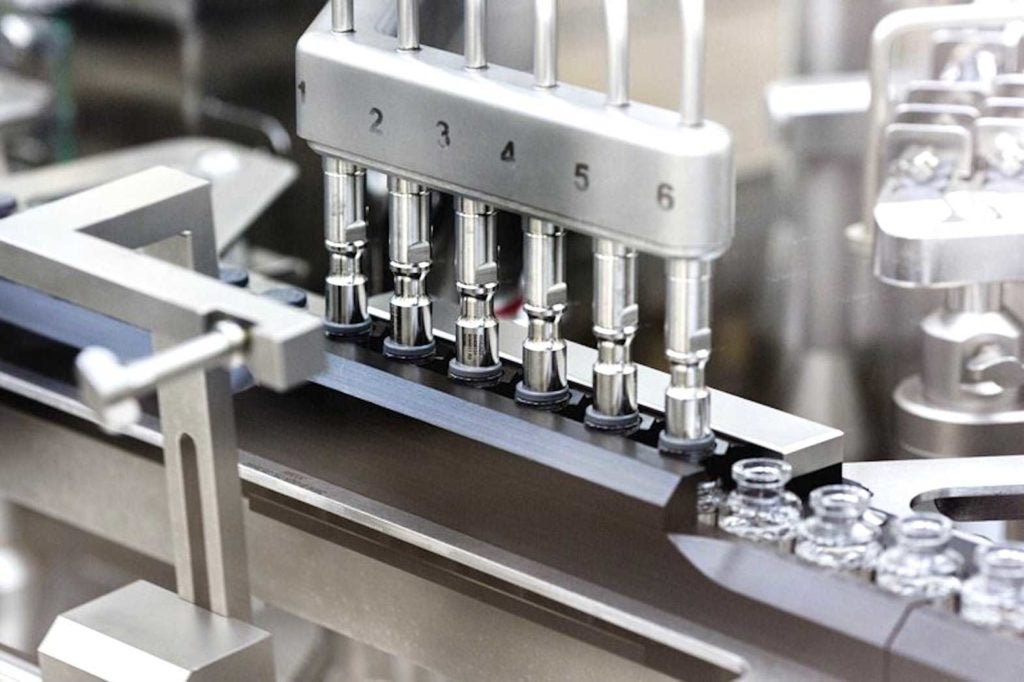 FILE – In this March 2020 photo provided by Gilead Sciences, rubber stoppers are placed onto filled vials of the investigational drug remdesivir at a Gilead manufacturing site in the United States. Given through an IV, the medication is designed to interfere with an enzyme that reproduces viral genetic material. (Gilead Sciences via AP)

WASHINGTON — U.S. regulators on Friday allowed emergency use of the first drug that appears to help some Covid-19 patients recover faster, a milestone in the global search for effective therapies against the coronavirus.

“This was lightning speed in terms of getting something approved” said Hahn, calling the drug “an important clinical advance.”

The FDA acted after preliminary results from a government-sponsored study showed that the drug, remdesivir, shortened the time to recovery by 31%, or about four days on average, for hospitalized Covid -19 patients.

Those given the drug were able to leave the hospital in 11 days on average vs. 15 days for the comparison group. The drug may also help avert deaths, but that effect is not yet large enough for scientists to know for sure.

“I don’t think this is a cure yet, but I think it’s starting to point us in the right direction,” said Khanijo of North Shore University Hospital in New York. “As a society it’s nice to have something that will help stem the tide of this disease.”

The FDA said preliminary results from the government study warranted Friday’s decision, though regulators acknowledged “there is limited information known about the safety and effectiveness of using remdesivir.”

The drug’s side effects include potential inflammation of the liver and problems related to its infusion, which could lead to nausea, vomiting, sweating and low blood pressure. Information about dosing and potential safety issues will be provided to physicians and patients, the FDA said.

The National Institutes of Health’s Dr. Anthony Fauci said Wednesday the drug would become a new standard of care for severely ill Covid -19 patients. Remdesivir, which blocks an enzyme the virus uses to copy its genetic material, has not been tested on people with milder illness.

The FDA authorized the drug under its emergency powers to quickly speed the availability of experimental drugs, tests and other medical products during public health crises.

In normal times the FDA requires “substantial evidence” of a drug’s safety and effectiveness, usually through one or more large, rigorously controlled patient studies. But during public health emergencies the agency can waive those standards and require only that an experimental treatment’s potential benefits outweigh its risks.

Gilead has said it will donate its currently available stock of the drug and is ramping up production to make more. It said the U.S. government would coordinate distribution of remdesivir to parts of the country that need it most.

No drugs are currently FDA-approved for treating the coronavirus, and remdesivir will still need formal approval.

The FDA can convert the drug’s status to full approval if Gilead or other researchers provide additional data of remdesivir’s safety and effectiveness.

“This is a very, very early stage so you wouldn’t expect to have any sort of full approval at this point,” said Cathy Burgess, an attorney specializing in FDA issues. “But obviously they want to get this out to patients as quickly as possible.”

The FDA previously allowed narrow use of a malaria drug, hydroxychloroquine, for hospitalized patients who were unable to take part in ongoing studies of the medication. Trump repeatedly promoted it as a possible Covid -19 treatment, but no large high-quality studies have shown the drug works for that and it has significant safety concerns.

The FDA warned doctors late last month against prescribing the drug outside of hospital or research settings, due to risks of sometimes fatal heart side effects. The agency made the announcements after receiving new reports of injury and death with the medication, which is also used to treat lupus and rheumatoid arthritis.

Two small studies published Friday add to concerns about hydroxychloroquine. Critically ill Covid -19 patients given the pill-based drug were prone to heart rhythm problems, and for many risks mounted when it was combined with an antibiotic, the studies found.