My mother, the front liner 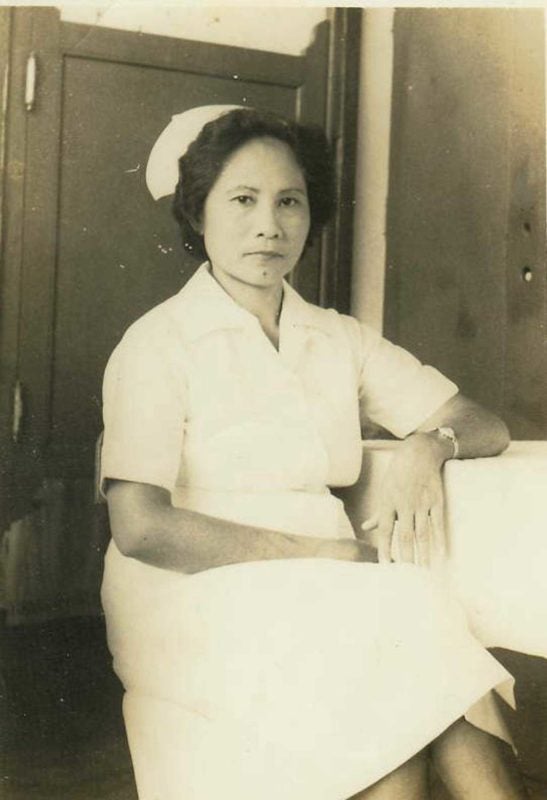 Isabel Pimentel was a nurse at San Lazaro Hospital. CONTRIBUTED

My mother, Isabel Pimentel, passed away five years ago. So she missed the global tragedy that she was trained to confront most of her professional life, the pandemic that has killed hundreds of thousands of people worldwide.

My mother was a nurse at San Lazaro hospital for more than 25 years, serving at a health care institution at the forefront of battling infectious diseases in the country.

She never encountered a global tragedy like Covid-19.  She never had to be a front liner when being one meant coming face to face with an insidious virus that has upended our world.

I’m glad she and my father didn’t have to live through this time of death, fear and global anxiety, of lockdowns and clueless, heartless leaders.

But this mother’s day, I remember my mother, the nurse, the front liner who faced off with other contagious diseases most of her life, who cared for those who endured the deadliest infections of her time. And I honor her memory as a way of also honoring today’s front liners, including her fellow nurses in the Philippines and beyond.

I remember visiting my mother at San Lazaro as a little boy. Doctors, nurses and hospital staff would greet her as she entered a hospital wing.

I remember her as a skilled, no-nonsense nurse. And I remember this in connection with one particular medical procedure: injections. You know how some doctors or nurses would try to assure you as a child that it won’t hurt before sticking you in a way that did hurt? Well, that was one of mommy’s specialties. I remember my father even saying so. My mother had a way of sticking a needle in you, with a quick, accurate jab that caused minimal, negligible pain.

Because she worked at a government hospital focused on infectious diseases, mommy developed a routine for every time she came home.

As my eldest sister Nymia Simbulan recalled at Mommy’s memorial, she would go straight to the back of our house in a washing area where she would take off her white uniform and wash up before going in the house.

She was often on night duty which meant she’d be dead tired when she got home. “She even perfected the skill of taking a nap even while on her feet,” my sister said. 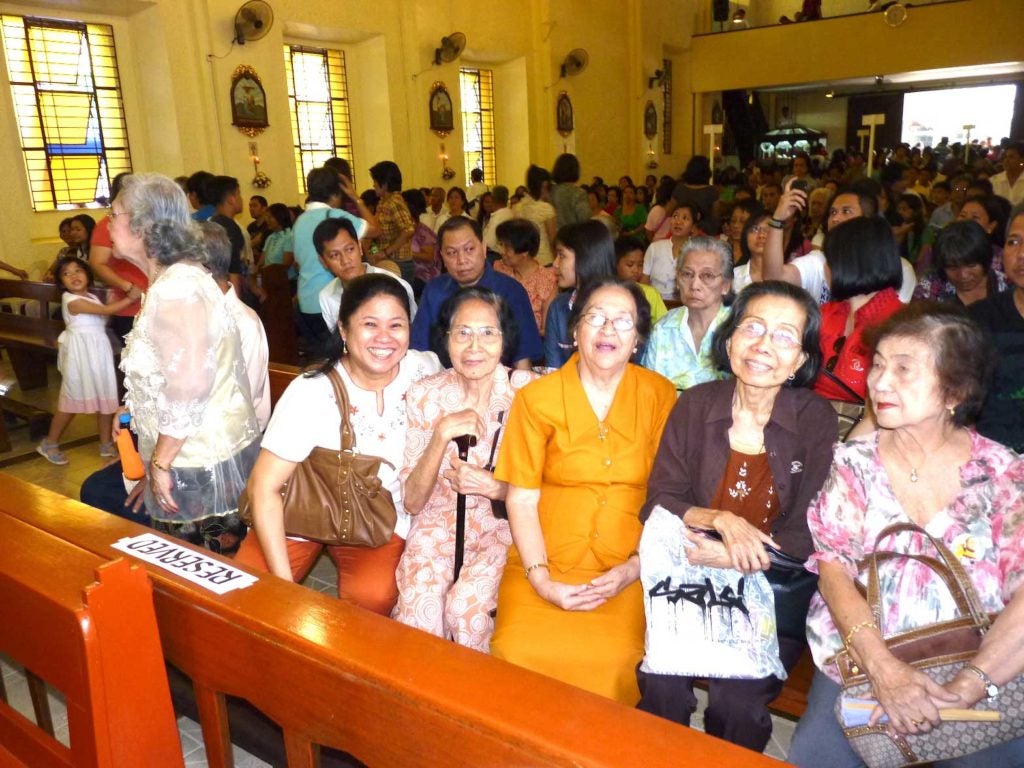 At the 434th anniversary of San Lazaro Hospital in 2011: Boying Pimentel’s mother, Isabel Pimentel, is the one with the cane, next to his sister Janet Pimentel Paredes and with former colleagues. CONTRIBUTED

She took the jeepney to the hospital from our home in Cubao which is a fairly long ride. I remember one evening when she left the house to go to work but came back after a few minutes. She had abrasions on her arm. Someone had snatched her bag while she was waiting for a jeepney, causing her to fall.

She worked most of her life and she loved her work.

One night, we were driving home when we came across an accident where someone got hurt. Some of them men on the street were looking for someone to give the poor man a ride to the hospital.

We didn’t have to, it turned out. A Good Samaritan stepped in to take the injured man.

Even after she retired, mommy’s nursing instincts remained strong. When my father was ill during the last few months of his life, my family hired two male nurses, Brian and Ren.

During one evening transition, when Brian, the day shift nurse, was handing off the work to Ren, the night shift nurse, my mother momentarily forgot about her retirement. When I told her that it was time for the night nurse to take over, she grew impatient: “Teka muna. I-e-endorse ko pa ang pasyente. I still have to endorse the patient.”

She had always been a mother and a nurse to me and my sisters. One of my most cherished memories of her final years and the final days of my father was when I came home to help care for him.

Now, that’s not a simple task with mommy. We were not immediately able to get a night shift caregiver. So I had to fill in for a night which meant sleeping on a mattress on the floor in my parents’ room.

The plan was for me to attend to my father’s needs so that my mother could sleep. But that’s not how it worked out, not with a retired professional nurse also in the room.

I guess I knew she would insist on caring for her husband. And, as I found out in one brief, beautiful moment, for her son.

Sometime in the middle of that night, I heard movement. At first, I thought it was my father, but he was sound asleep. It was, in fact, my mother who was on the move. She was on her feet, taking one small step at a time — toward me.

She was carrying a blanket. It was for me.

She had guessed, correctly, that I was getting cold in their air-conditioned room.

She couldn’t help it. My mother, the nurse, the former front liner of San Lazaro Hospital — she just had to do something.