More than 1,200 stranded seafarers sent home to PH from LA 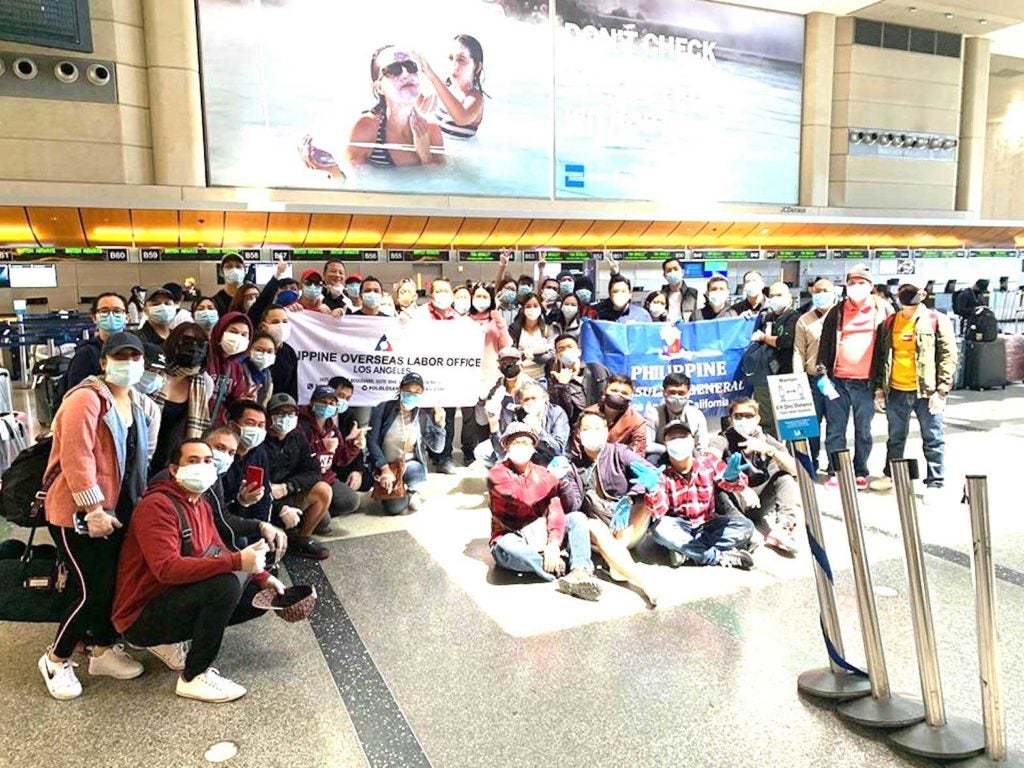 The biggest group of 148 recently repatriated Filipinos seafarers huddle at the Los Angeles Airport for final briefing before their much-awaited flight back to the Philippines via a commercial flight from the Los Angeles airport. CONTRIBUTED

LOS ANGELES — More than 1,200 Filipino seafarers have so far been assisted by the Philippine  Consulate General Los Angeles (PCG LA) and Philippine Overseas Labor Office – Los Angeles and sent off at Tom Bradley International Airport for their trip back home to the Philippines..

The latest to leave April 30 were five Filipino crew members of the cruise ship M/S Grand Princess who stayed aboard the COVID-19 stricken vessel until all quarantine protocols had been complied with. They followed 84 of their Filipino co-crew members who left Los Angeles on April 23, 2020 back to the Philippines.

Earlier on April 22, PCG LA officials led by Consul General Adelio Angelito S. Cruz, helped and sent off a total of 148 Filipino cruise ship crew members employed by Regent Seven Seas Cruises (RSSC) and Norwegian Cruise Line (NCL). They left for the Philippines in separate batches in the evenings of 16, 18, 19 and 20 April 2020 also on commercial flights.

The 148 seafarers were allowed to disembark the Port of Los Angeles-docked M/S Regent Seven Seas Mariner and M/S Norwegian Joy after completing more than 14-days of quarantine onboard and without exhibiting any COVID-19 symptoms.

Consulate General officials accompanied the Filipino crew members at the airport and informed them of what to expect when they arrive in the Philippines, particularly on new quarantine protocols.

For her part, Labor Attaché Armi Evangel N. Peña reminded the seafarers of the rights as Overseas Filipino Workers (OFWs) and the services available to returning OFWs that the government could give them.

Peña earlier distributed the $200 Philippines Department of Labor and Employment-Abot-Kamay Ang Pagtulong (DOLE-AKAP) Sa OFWs program to some of the crew members who have earlier submitted complete requirements to qualify.

DOLE-AKAP is a recently launched program in the form of a $200 financial assistance for OFWs displaced due to COVID-19, subject to certain criteria.

This repatriation and that of earlier batches from M/S Grand Princess were the result of cooperation among Philippine Foreign Service Posts in the U.S.A., various government agencies together with the cruise ship employer and manning agency that both shouldered all repatriation costs.

On concerns that Filipino crew members are infected with the virus, Cruz said that he led PCG LA personnel in speaking with crew members they sent off back to Manila and not a single ship has been reported positive with COVID-19.

“In our experience sending off the 1,003 Filipino crew members of the M/S Norwegian Joy, M/S Regent Seven Seas Splendor, M/S Norwegian Jewel, M/S Carnival Miracle and M/S Carnival Inspiration on 07, 08 and 11 April 2020, they were reported to be “COVID-19 free” since not a single one of the crew left onboard any of the vessels exhibited symptoms related to the disease even after completing the requisite 14-day quarantine,” Cruz disclosed. 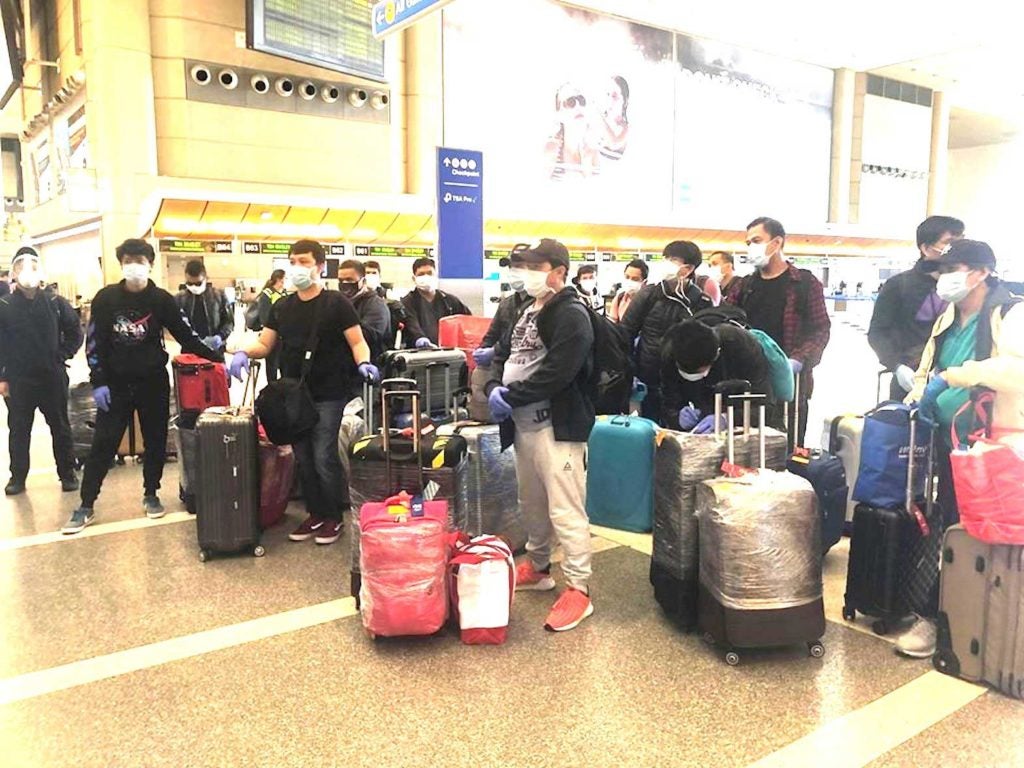 Some 84 Filipino crew members of the M/S Grand Princess left Los Angeles Airport April 23 for their flight back to the Philippines after they docked in San Francisco and then in Los Angeles before they were finally allowed to disembark. CONTRIBUTED

On the general situation of over a million Filipino nationals or Filipino Americans in Southern California, Southern Nevada, and the State of Arizona, Cruz maintains that a large portion of Filipinos “are safe, secure and will be able to weather this storm (pandemic).”

Nevertheless, a number of Filipinos whose employment situation is “no-work-no-pay” have been asked by their employers to render shortened hours of service or to stop working altogether that placed them in dire financial straits that made it hard for them to sustain daily living and pay rent.

On efforts to track the number of Filipinos who are under monitoring, or who have died, Cruz confided that as early as the third week of March 2020, his office inquired from the Public Health Departments of the counties and states under their  consular jurisdiction, but sadly the local governments have not been able to give official figures despite several follow-ups.

“The Consulate General receives so many bits of information from the Fil-Am community, but we cannot readily verify if the ‘Filipinos’ being reported are still citizens of the Philippines, and they will remain unofficial, unverified and unvetted,” Cruz admitted.

Among the concerns PCG LA received were those of Filipinos on exchange visitor programs, internships, or simply on tourist visas who found themselves stranded when direct flights stopped between L.A. and Manila. The consulate has tapped the help of the Pilipino Workers’ Center of Southern California (PWC), a federally assisted NGO with close working relations with PCG LA.

Cruz also reiterated that the State of California, particularly the City of Los Angeles, has made it very clear that whoever needs any COVID-19 related assistance, be it food, temporary housing or even testing (following an established protocol), any person regardless of race or immigrant status will be assisted.

Los Angeles County also has recently announced that all of its resident would be able to have access to free coronavirus testing to Los Angeles City-run testing centers even if they do not have symptoms.