The free meal and fresh produce drive for the most vulnerable groups in Union City is a brainchild of Vice Mayor Gary Singh who, with some friends and neighbors, started packing sandwiches and fresh farm produce for distribution to those in need.

“I felt that there is a need for this food drive in our city to serve initially the seniors. I contacted Mr. Pickles, and the owner was so gracious. Seeing that our prepared goodies were gone in less than an hour, I asked help from my neighbors with whatever they can give,” explained Singh.

The project was very well received by many in the city as children together  with their families have been flocking to the pick-up points at Centro de Servicios and the Ste. Anne Catholic Church on Tuesdays and Thursdays from 11:30 a.m. since March 24, 2020. 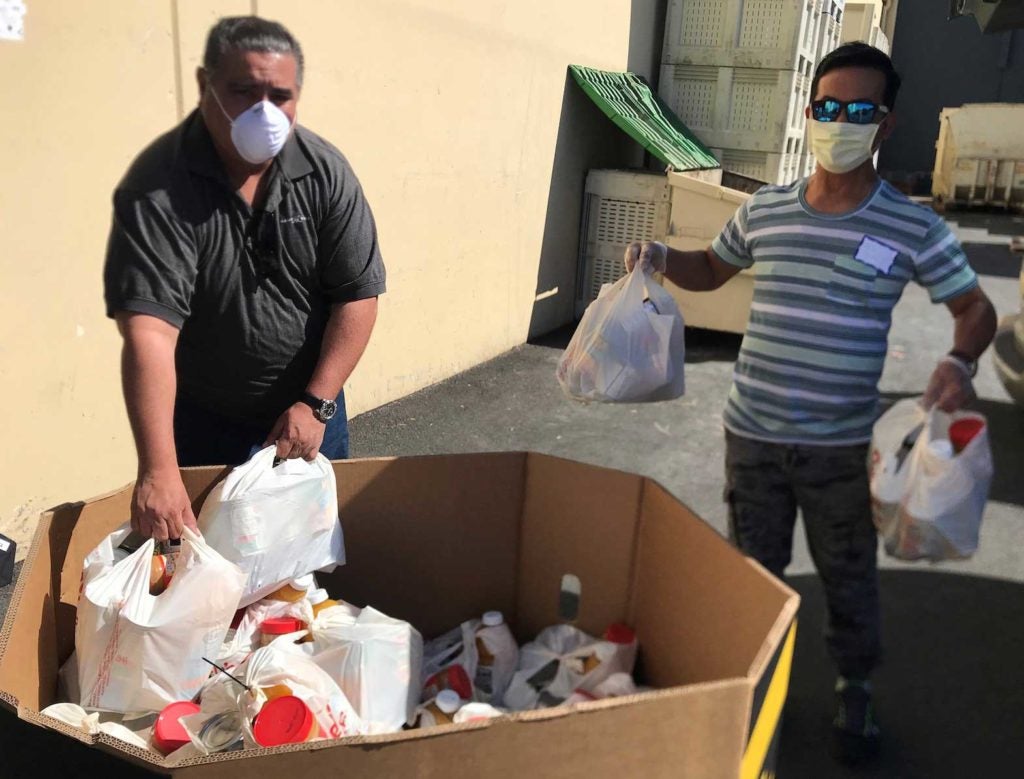 Among those helping Singh were fellow City Councilmembers Jaime Patiño and Filipina Pat Gacoscos, the Catholic Church through Fr, Rosendo Manalo Jr. and volunteers from of other non-profit organizations who gathered private donations in cash and in kind.

Thousands of residents have been served with the packages, and the food drive may well go on indefinitely as the shelter-in-place order is extended through May. 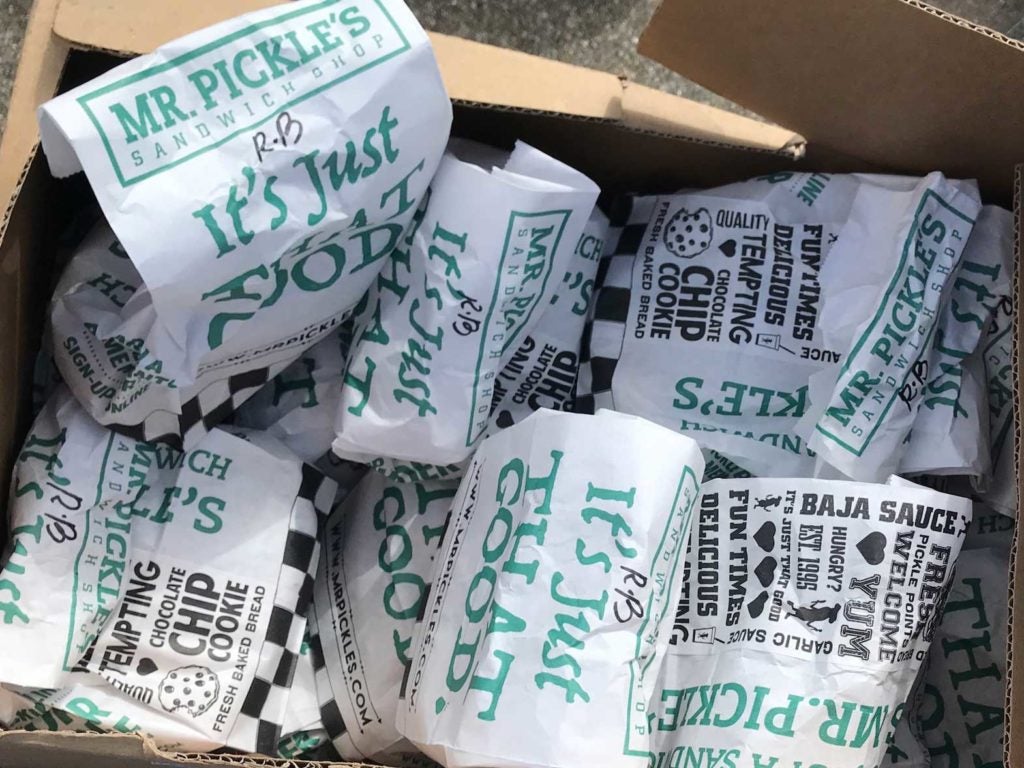 Hundreds of sandwiches were prepared as a regular fare for all recipients who trooped the pick-up points for their share in the food drive. INQUIRER/Jun Nucum

Yap felt it was really rewarding to do the food drive. They did not turn away anyone who showed up, as long as the food supply would allow.

“We have many generous donors. Sandwiches are paid for by organizations and individuals. Produce is provided by Centro de Servicios and the Alameda County Food Bank. Canned foods are provided by the Alameda Food Bank. Bread donors are Panera Bread, Valerio’s Bakery, and a private delivery company. Chicken lunch boxes provided by Krispy Krunchy Chicken,” Yap disclosed. . 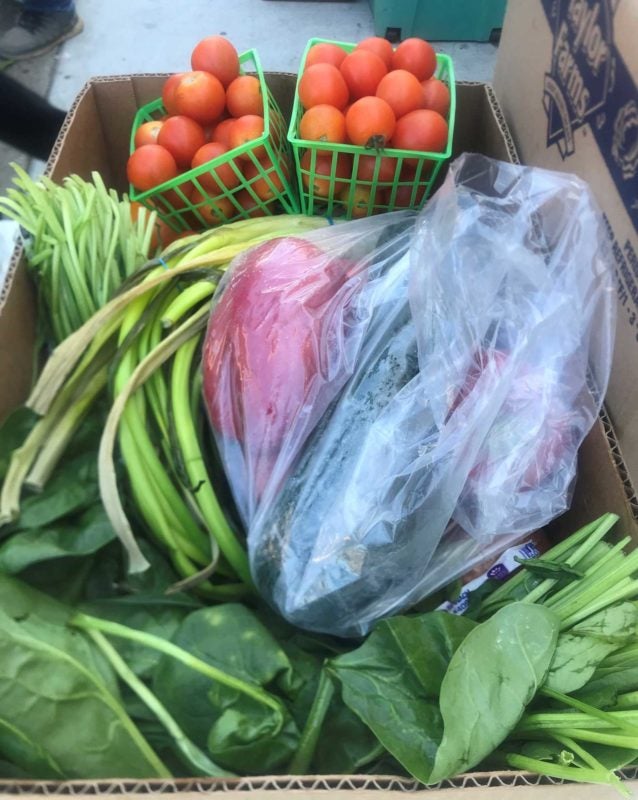 Gacoscos acknowledged that the food drive was not just a chance to feed mainly the seniors and needy families, but also a chance to promote local businesses who helped in in their own ways.

“Most importantly, we see the goodness of everyone. This is the time, when we show our love to one another in making donations, volunteering  time and effort, showing that we are in this together,” Gacoscos stated.

Shamsa Rafay, who is also a Union City human relations commissioner, emphasized the need for their presence to be felt by the residents, especially the needy.

“Everyone should be involved. As long as we maintain our social distancing, we are safe. If you don’t come out nobody can be helped,” Rafay said.

Volunteer Johnny Veloso, who is always at the pick-up points to sort the goods and help in the distribution, regards the project as a lesson in humanity.

“It feels good to be doing this because this makes us go back to being the human being that we are supposed to be and not the materialistic man that we have become. We all should be together there is always a way,” Veloso believes.