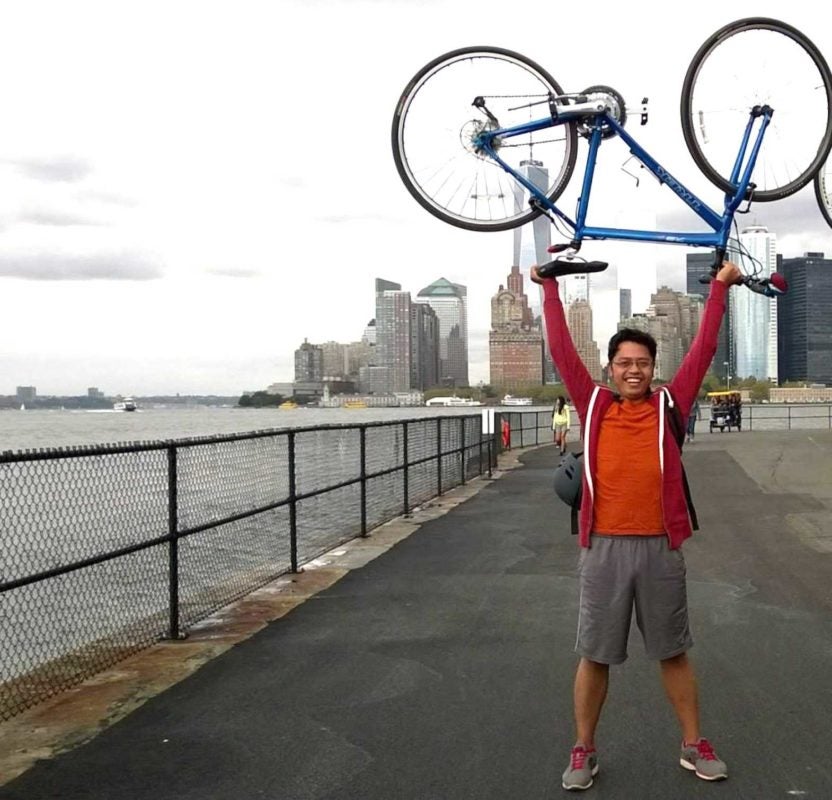 NEW YORK CITY– Sometime in the ‘80s, his father was a homeless immigrant trying to survive in the subways of New York City. Today, Sherwin Reyes runs the official website NYC.gov as a senior IT engineer.

“He was homeless for a while until he found a job and built himself up,” said Sherwin in an interview with The FilAm. His father was able to support himself and eventually petitioned to bring his three children to the U.S. His wife joined them later. Sherwin was 6 years old at the time.

Today, Sherwin, an engineer at the Department of Information Technology and Telecom for five years, has been providing support to all agencies under the office of Mayor Bill de Blasio.

Two people report to him on abnormally busy days, such as when the city is buried under the weight of the coronavirus pandemic. Otherwise he works by himself, his job to make sure the city runs with ease and “key critical connections” among agencies are functioning.

In a city declared to be the hotbed of the coronavirus outbreak in the U.S. — 6,182 confirmed deaths out of 104,410 cases as of April 12, according to NYC.Gov data — his department ensures communication is flawless and that services are delivered promptly and efficiently. 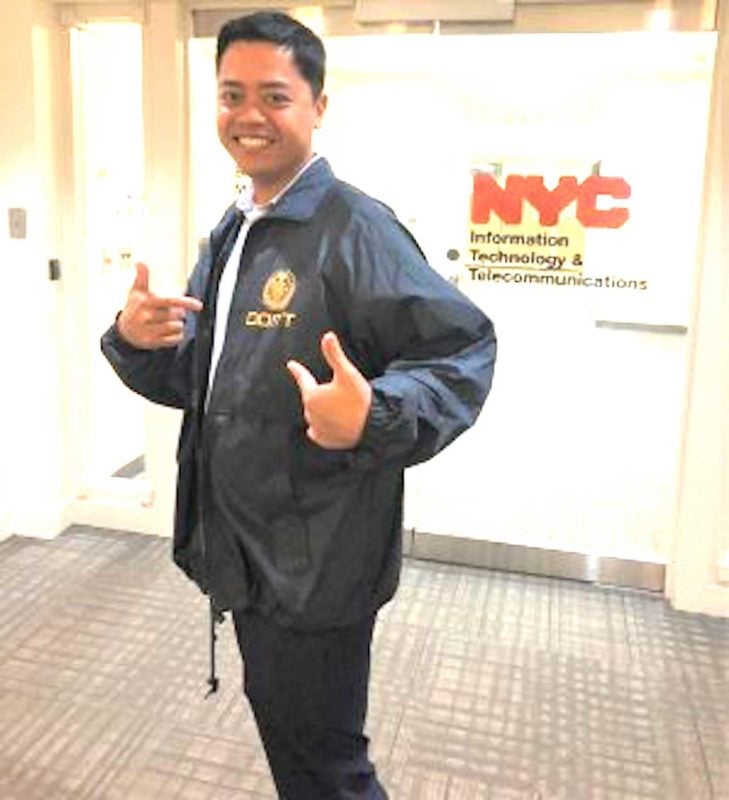 Reyes’ job is to make sure the city’s online communication runs with ease and that services are delivered promptly and efficiently. CONTRIBUTED

“What’s important is we’ve made a difference to improve not just ourselves but society,” mused Sherwin, looking at a dismal past when his family was struggling to find a way to bring itself together. “It worked out pretty well; I’ve always been glad of my roots.”

Today, two of his sisters are Nurse Practitioners, one of them working at Columbia Presbyterian Hospital’s Neurology department. Sherwin, the youngest, holds a bachelor’s degree in both Electrical Engineering and Telecommunications from a CUNY school.

“It is education that has guided me to be an engineer for the greatest city in the world,” he said.   Previously, he worked at Maimonides Medical Center in Brooklyn as a Medical Media Specialist.

He explained how his job as an IT engineer is vital to the survival of the city. “We are the support hub of DSNY (New York City Sanitation Department), FDNY, NYPD, 311, 911, OEM (Office of Emergency Management ), OCME (Office of Chief Medical Examiner), Department of Finance, and other key critical agencies in New York City…I hold the key systems that allow most of the city to function, from the financial systems to the emergency services.”

Wherever one sees an NYC.gov logo, Sherwin stressed, “I assure you I am in the back along with my team of specialists keeping all of NYC connected through its complicated networks.” Reyes with wife Judith and their 11-month-old son Brandon in Christmas of 2019: Afraid for his family. CONTRIBUTED

One example: When the mayor requests information on what city hospitals are in need of Personal Protective Equipment and how many are required, Sherwin’s unit coordinates the message to the appropriate agencies and submits the information as quickly as possible for the next round of press briefings. Data are constantly updated to ensure that supplies are reaching the facilities, and if not, to determine where the backlog is.

His work was set to function in stages. It started with preparing for the onset of the pandemic, followed by communicating with city agencies despite some technical issues slowing the system, and finally, running diagnostics and support for continuity throughout the pandemic.

“With this disaster, I may have the slight upper hand of knowing what is to come, but my job is to ensure that people in the city with their own families have the same benefit of knowing transparently that we are in the scenes supporting other frontlines and essential workers who must see the information from experts in real time,” he said.

A Brooklyn resident during weekdays, Sherwin now works from his weekend home in Rockland County.  So does his wife Judith, an accountant. They welcome the self-isolation directive as an opportunity to stay close to their infant son, Brandon, who is 11 months old. But his work demands a lot of his waking hours, and the couple take comfort in just being together as a family in these anxious times.

“At first like a regular person I spend my waking hours running an eight-hour day shift like all other normal jobs with the occasional overtime option.  But because of the lack of qualified individuals I had to take on the role of using my expertise in the field to better bring NYC systems together,” he said. “Now that I’ve established and reconnected my systems, I am able to safely work at home with a weekly Thursday visit to the city’s data centers.”

The COVID-19 outbreak is similthefilam.net

ar to 9/11, which happened almost 20 years ago and “hit New York hard at the core,” said Sherwin. He believes New Yorkers, like most people, are generally frightened of the unknown and do not like living a life of uncertainty. “They do not like to be unsure of the end results, and in these moments we try to find out who is to blame.”

As a family man, he too is afraid for his own family and his friends. Sherwin though shunts all emotions aside because “we have a job to secure this city in need.” @TheFilAm