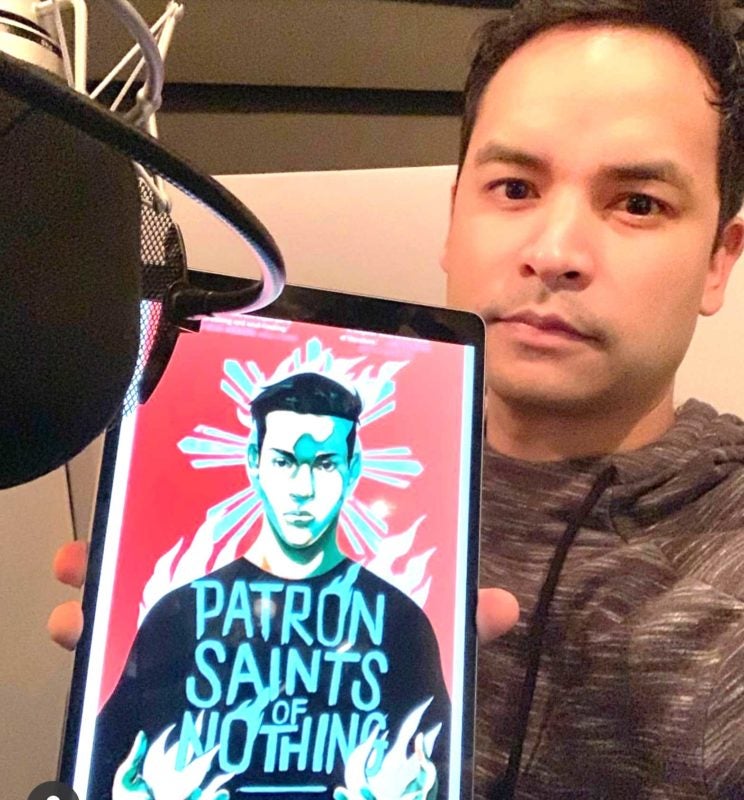 Here are several, that range from children’s books to adult reading, by seasoned narrator Ramon de Ocampo, who has more than 200 audiobooks and more than 10 narration awards under his belt.’

He is familiar to television viewers in his roles on various shows such as “Guidance,” “Notorious,” “12 Monkeys,” “Medium,” and “The West Wing,” among many others. READ Ruben Nepales’ interview with De Ocampo here.

For his other works, you can search for his name on sites where audiobooks are sold. A reminder for parents: local public libraries and school libraries are may have audiobooks that can be borrowed online.

In Filipino author Batacan’s mystery novel, two Catholic priests, an anthropologist and a psychologist, hunt through Manila for a brutal serial killer who is eviscerating preteen boys from the slums.

In Filipino British writer Candy Gourlay’s Middle Grade (MG) novel, Andi is short but loves basketball and wishes her long-lost half-brother could come and live with her in London. She gets more than what she wished for when the eight-feet tall Bernardo arrives from the Philippines, troubled by secrets.

Set in the late 1890s in a village deep in a Philippine jungle where two friends grapple with growing up and the arrival of invading, destructive Americans.

Diary of a Wimpy Kid series

De Ocampo has narrated all 14 books of the popular series about the adventures of sixth grader Greg Heffley, who has to deal with his two brothers, one annoying, the other obnoxious, well-meaning parents, and middle school.

De Ocampo voices all the Filipino manong—farm laborers—who live in the title single-room-occupancy hotel featured in this book of ten novellas about America’s struggle for civil rights.

The Broadway musical adaptation of this book (where high school junior Jeremy swallows a supercomputer in pill form that instructs him how to be cool) featured Fil-Am actor George Salazar in a feature role. Read about it here.

America is in the Heart

The classic semi-autobiographical novel by poet Bulosan describing his boyhood in the Philippines, voyage to America and years of hardship and despair as an itinerant laborer in the West Coast.

From the Memoirs of a Non-Enemy Combatant

When basketball-loving Chet traps shy Virgil and his pet guinea pig in a well, it leads self-proclaimed psychic Kaori and her little sister Gen, and brave, deaf but secretly lonely Valencia on an epic quest to find the missing Virgil. 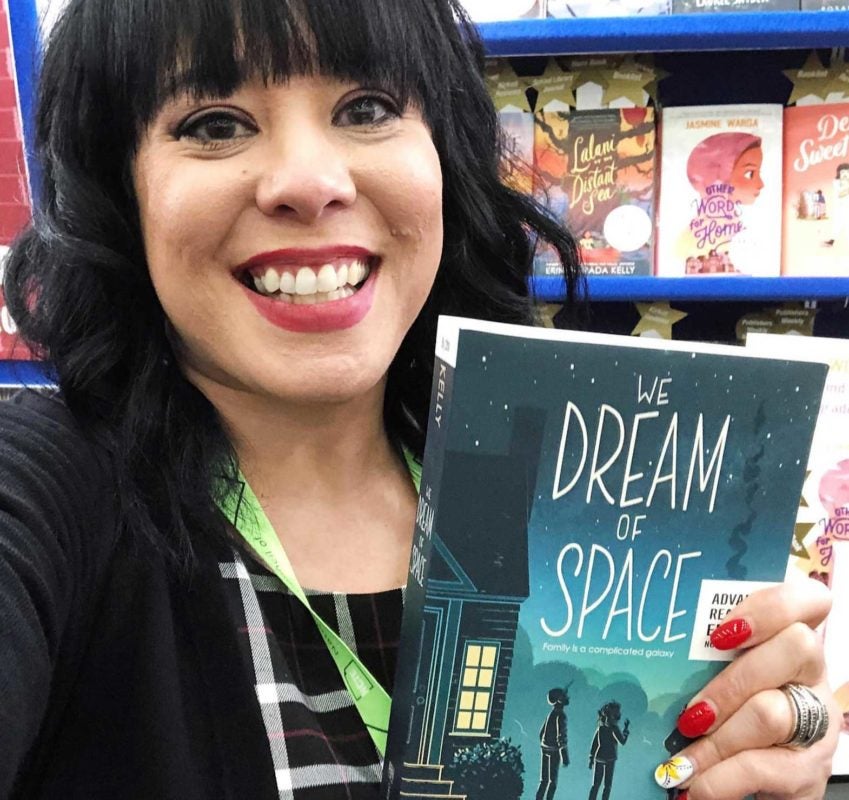 Epic fantasy. Ten year old orphan Wick wants money and power. Will he be able to get both with his father’s glass amulet, a trusty spade, and two level-one skills?

After the Shot Drops

Young Adult (YA). Bunny and Nasir’s friendship is tested when Bunny accepts a basketball scholarship across town.

Patron Saints of Nothing

Filipino American teenagers Jay travels to the Philippines to find out how his Filipino cousin Jun was murdered because of the president’s war against drugs.

We Dream of Space

In 1986, three siblings all in the same grade—each struggling with their own problems—works on science teacher Ms. Salonga’s project as the launch of space shuttle Challenger approaches. To be released in May.