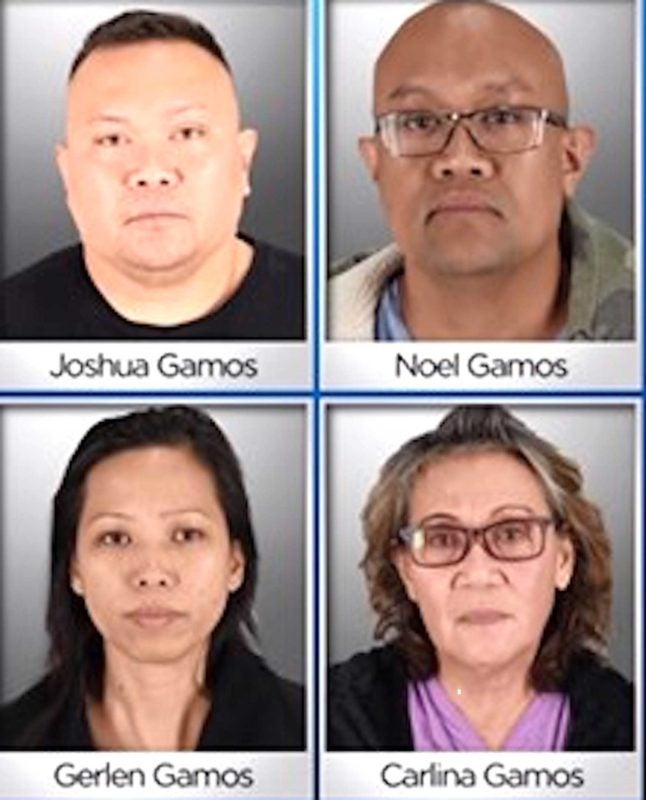 REDWOOD CITY, California —Officials in San Mateo county warned of potential threats to public safety posed by the release from jail of three of four members of a family involved in what one county supervisor called “the most egregious human trafficking case” he has ever seen.

The officials contended that members of the Gamos family could threaten prospective witnesses who could take the stand at their criminal trial scheduled to begin June 17, according to a CBS News/Bay Area report.

The attorney general estimates that more than 100 employees were victimized and abused by the Gamos family over a 10-year period.

Family members face a variety of charges, including human trafficking, grand wage theft amounting to some $8.5 million, tax evasion and illegal possession of firearms and rape.

Carlina Gamos and Noel Gamos were released from jail on April 13, related to efforts to prevent the spread of the COVID-19 coronavirus in San Mateo County jails. Those two were not charged with violent crimes.

GerlenGamos has been out of custody on “supervised own recognizance” release.

At a hearing Monday morning, he is scheduled to ask San Mateo County Superior Court Judge Jeffrey R. Finnigan to reduce his bail, currently set at $3 million, to $300,000.

Canepa, who called the Rainbow Bright case “the most egregious human trafficking case that I have ever seen,” said Joshua Gamos needs to stay in jail.

“If the court was to lower the bail, it would truly, truly be a sign of disrespect to the community and those workers,” Canepa said.

“When you put people outside, treat them like animals, when you rape them, there is no reason that the court should give bail tomorrow.”