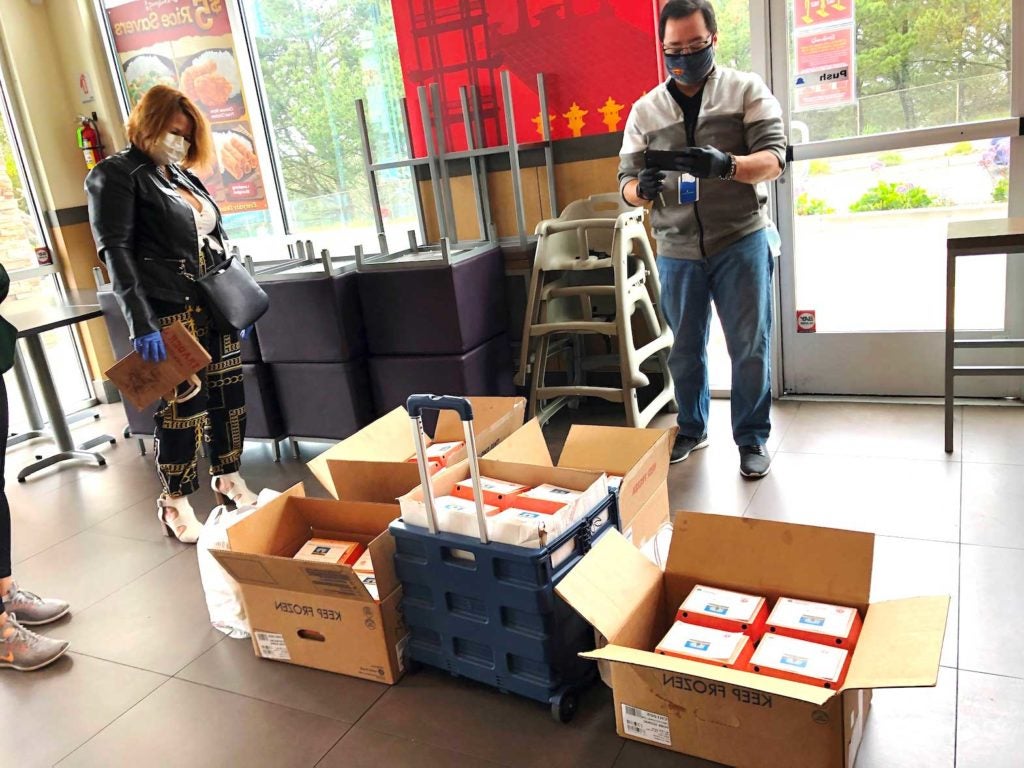 Coordinating outreach for a hospice care provider based in San Jose, California, has honed her ability to explain procedure to people with terminal illnesses, a condition that requires empathy and sensitivity in discussing reality with the patients, their loved ones and their care givers.

The Suncrest Hospice executive’s visits to health agencies developed her rapport with their personnel.  Her admiration for their commitment to service peaked when the magnitude of the coronavirus outbreak  became clear and a certain San Mateo hospital was designated as a treatment center for people infected with COVID-19. 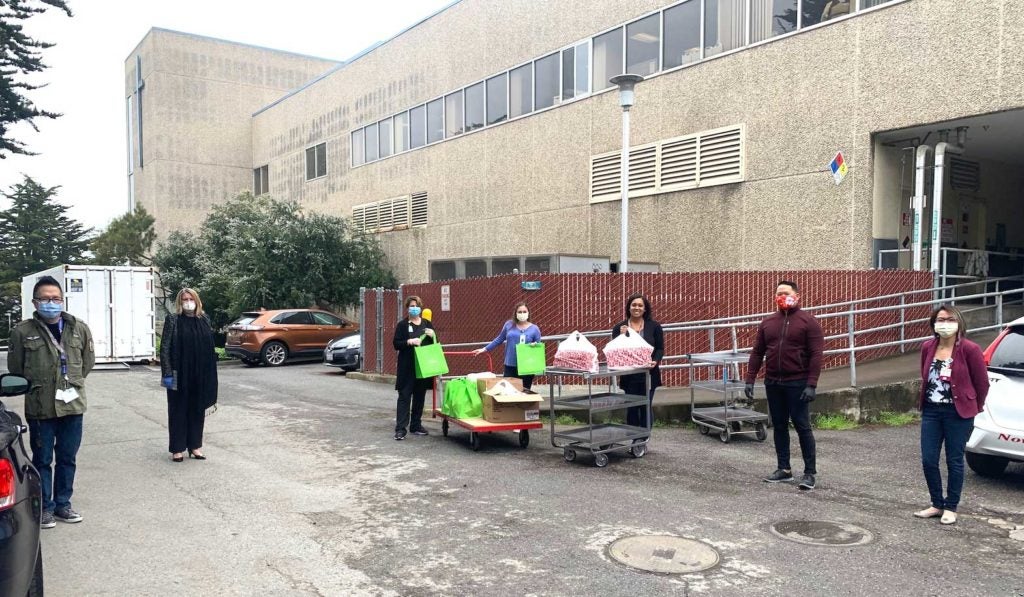 The illness has claimed over 40,000 lives in the United States and rendered 22 million Americans jobless as of April 19.

“I could see their devotion through their own fear of contracting the virus,” Cuasay, a mother to four, told INQUIRER.net.  “Some of them sleep at their work site.  I knew it wasn’t easy for them to go out to buy food while on the job, so I would send them treats to bring them cheer.”

Visiting her service communities connected her to diverse other groups quietly supporting front line workers with food and valuable protective supplies.  The business graduate  shared her sentiment for the unsung heroes of the fight against the pandemic with colleague Lawrence Ligunas, who felt exactly the same way.

Why not join efforts and give more; twin bulbs flashed  in their minds.

Cuasay and Ligunas needed only to look within their circle to prove they were not alone.  Through Google hangout they began to build a network of health care providers, brainstorming ways to support frontline workers. 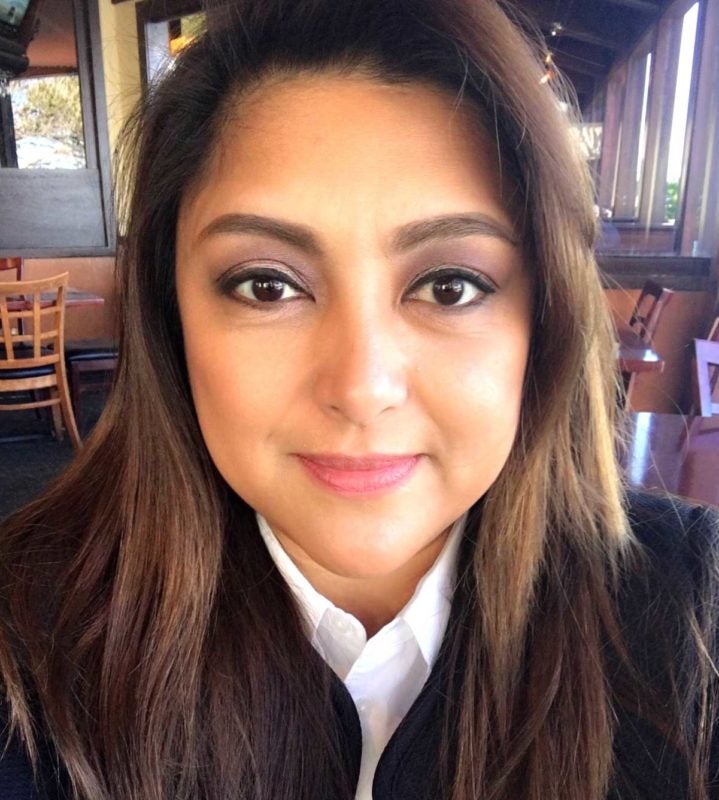 Colleagues that had only known each other by face or name — perhaps even competitively, professionally — suddenly became partners for a common purpose.  They called their effort “Project Gratitude.”

Within days, they had pooled funds to launch their pilot project, a lunch distribution on April 16 for the whole staff of Seton Medical Center.

“We believe that a simple gesture like providing a meal and probably other essential items later on to front liners would mean a lot, not only to the health professionals but also to the entire community,” said Ligunas, marketing manager with Beacon Home Care in Millbrae, California.

“For our pilot project, we chose Seton Medical Center since this hospital has been serving the health care needs of San Francisco and Northern San Mateo County most especially during this pandemic.”

The only non-HMO provider of emergency care between San Francisco and Burlingame, Seton Medical Center has been making headlines for its financial challenges.

In an eleventh hour decision, the Board of Supervisors of San Mateo County on March 10 voted 4-1, with District 1 Supervisor Dave Pine dissenting, to award the establishment $20 million over 5 years to keep it open, preserving its services and jobs.  Owner Verity Health Systems had planned to shut it down March 11 after filing for bankruptcy in 2018.

District 5 Supervisor David Canepa sounded the alarm and rallied his board peers to save the hospital, which is the largest employer in Daly City.  Seton serves 27,000 people every year, including older, low-income individuals, many of whom are Filipino.  Its personnel mirrors the patient population, most speaking or understanding Tagalog and other Philippine languages.

After announcing the shelter-in-place order, Gov. Gavin Newsom identified Seton as one of the first facilities “we’re going to populate that hospital as an example to meet the moment.”

Canepa said the hospital has 364 beds, with some 177 reportedly to be designated for COVID-19 patients.

All employees, or more than 150 people, from “security guards, administration staff, nurses, social workers, case managers” received a full fresh meal purchased at Chow King, said Angela Encarnacion, owner and director of Always Best Care-Peninsula, a founding member along with the home care staff agency’s marketing manager, Faye Gerona. “For us, they are all health care workers and front liners too.” 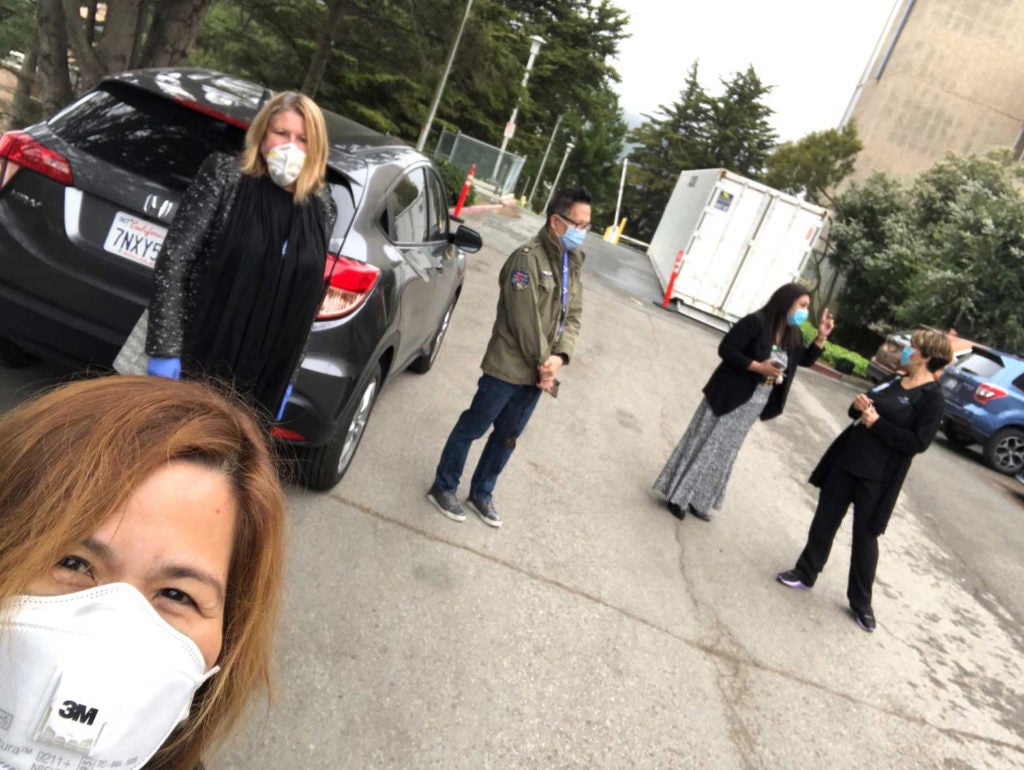 Project lead Cheryll Cuasay (in maxi dress) drives through several freeways from her home in San Jose, California to join team in supporting front line workers against the coronavirus. CONTRIBUTED

“We had to coordinate with the dietary department to make sure our boxed meals were healthy and prepared safely,” added Cuasay, whose community service includes enlisting with the US Army California Guard for 2 years until 2010.  “Chow King donated some of the meals.”

Representatives of each of the hospital’s five floors met their benefactors at the shipping and receiving dock, Gerona said.

“This was to show our appreciation for their tireless work every single day.  Because of safety concerns we left right after giving our simple gift of love.”

The team hopes to sustain the program at other hospitals, skilled nursing and assisted living facilities elsewhere in San Mateo County.  At the moment they’re dipping into their personal or their business coffers, but they plan to raise funds from caring and

The pandemic has personally touched the team members, each of whom knows someone who contracted and died from a coronavirus-related illness.

“The outbreak has greatly affected all aspects of our everyday lives – work, health, learning or personal development, social, and even spiritual,” Ligunas reflected.

“People are anxious, including patients and clients under our care, their family and our referral sources. Although phone calls, text messaging, emails, and all the other forms of social media are good ways to reach out to them, our physical presence or visibility is far more essential to convey a message that we do care.”