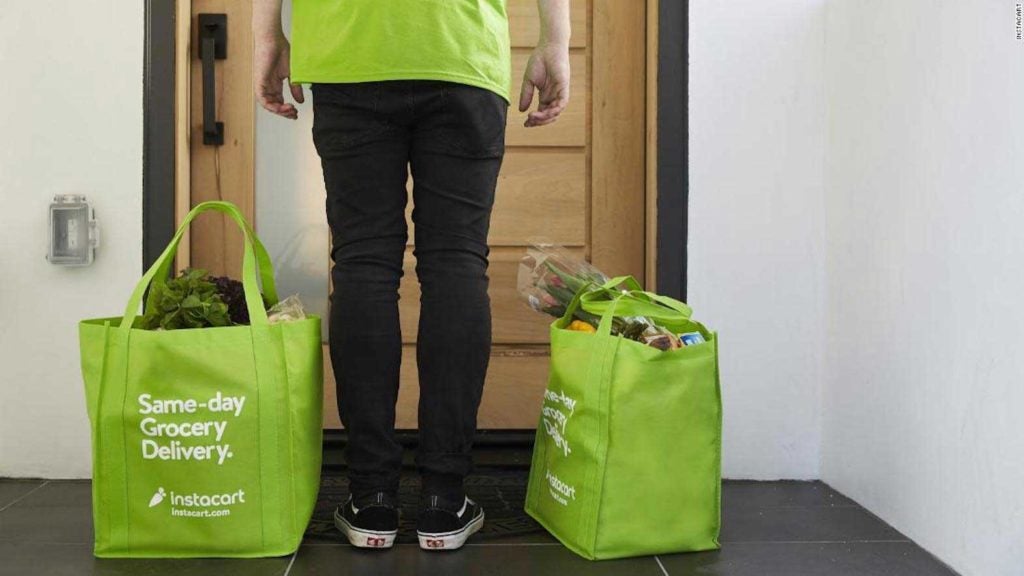 A new California law states that a person providing labor or services for remuneration shall be considered an employee rather than an independent contractor unless certain conditions prevail. INSTACART PHOTO

Instacart is one of the largest grocery delivery services in the United States. Instacart allows its customers to shop their local grocery using a mobile app or the website. The virtual shopping cart is filled out by an Instacart worker, called a “personal shopper” who goes out to buy the groceries at the grocery store and then delivers them to the customers. Instacart does not sell groceries itself. It partners with many local supermarkets, specialty shops, pharmacies, and even membership-only stores like Costco.

The workers claimed that they worked full service for Instacart, which controls the means and manner of how the shoppers performed their jobs. However, Instacart misclassified them as independent contractors and denied them status as employees.  As independent contractors, the workers were paid less than the minimum wage, were not paid overtime, and were not reimbursed for business expenses.

Like Uber, Lyft, and Doordash – companies that argue they are not employers since they simply created a software application to connect persons who provide services with those who need them – Instacart denied that its workers were misclassified. However, instead of continuing to litigate the case, the parties agreed to settle and award the workers $10,965,000 in damages. Under the terms of the settlement, defendants agreed to improve the shoppers’ conditions of work.

In California, Assembly Bill 5 came into effect this year. Assembly Bill 5 was signed into law to deter businesses from engaging in misclassification of independent contractors. The new law states that a person providing labor or services for remuneration shall be considered an employee rather than an independent contractor unless the hiring entity demonstrates that:

1) the person is free from the control and direction of the hiring entity in connection with the performance of the work;

2) the person performs work that is outside the usual course of the hiring entity’s business; and

3) the person is customarily engaged in an independently established trade, occupation or business.

It is important for workers to be correctly classified as employees and not as ICs.  ICs are not entitled to minimum wage, to overtime pay for working more than 8 hours per day or 40 hours per week. Without employee status, they are denied reimbursement for business expenses, and workers’ compensation coverage, and denied protection from unlawful discrimination and harassment. They are not entitled to additional benefits that employees receive such as sick pay, health insurance, retirement and profit-sharing plans.

In this time of pandemic, the harm of misclassification is all too real. Workers who should have been classified as employees cannot get immediate sick leave and other benefits that are allowed to employees. Those who need to care for sick family members who otherwise would have the right to take leaves granted to them as employees are not able to do so.  For a lot of workers, they, like the Instacart shoppers, have to litigate in court and claim their rightful status as employees protected by law.