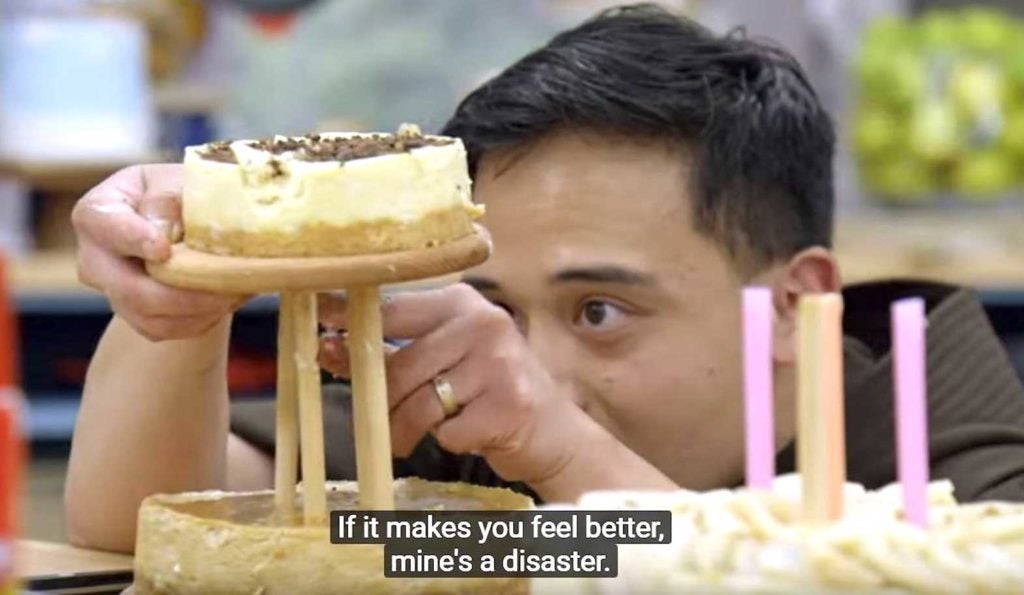 The announcement was made by Emma “Baby Spice” Bunton and was met with squeals and cheers. A brown-frocked seminarian was handed his cake stand trophy made of glass. Brother Andrew Corriente’s parents and sister came around to give him hugs as his journey on the popular baking competition came to a triumphant end.

Brother Andrew discovered the magic he could do in the kitchen when he joined the Capuchin Friars seven years ago.

“In my first year as a friar, I was in meditation, and I was struck with the thought to cook something. I went into the kitchen and never stopped since,” he said when interviewed by this writer.

Though he didn’t grow up in a religious family  (“We went to Church, but just because we had to.”), his openness to take the path of religious life came after he struck a friendship with a friar.

He joined the Capuchin Friars, a branch of the Franciscan Order, and became known as the seminarian who loved to hang out in the kitchen.  Seminarians trusted him to bake cakes for birthdays and other personal milestones.

In 2017, he applied to join “The Great American Baking Show: Holiday Edition,” a contest  for amateur bakers. A religious obligation prevented him from joining in 2018. He was contacted again, and in December 2019, his calendar cleared. 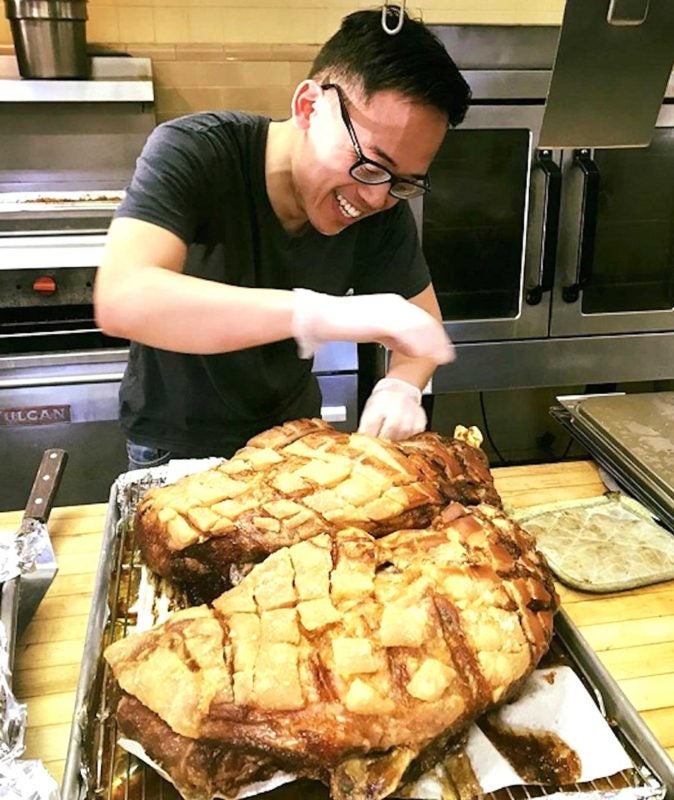 The show was an intense full month. An “incredible experience” that taught him that anyone can rise above and face one’s challenges. The 10 contestants competed to bake one pastry after another under limited time and in front of the cameras.

“It was a moment of intense personal and spiritual growth,” he said. “The judges pushed me so hard challenge after challenge and it was so straining, but, like anything, if you want to get good, you have to push yourself even when you want to give up.”

While he was growing up, the Corrientes visited the Philippines a few times, enough for Brother Andrew to remember everything good about Filipino food: the lechon, the mangoes and his aunt’s Lumpia. In fact, he made two bold claims: “Nothing beats Guimaras mangoes, and the best roasted whole pig comes from the Philippines!”

“I adore ensaymada,” he told this writer.

The son of immigrants from Iloilo, he said his resourcefulness and work ethic were inspired by his hardworking parents. “They had to make do with whatever they have and they worked really hard to get to where they are now,” he said.

Despite the widespread fame that came with winning a top-rated baking show on the ABC network, the 31-year-old friar continues to churn out baked goods and bites for the brothers of his order as well as nutritious and hearty meals for the day laborers they feed on Sundays. 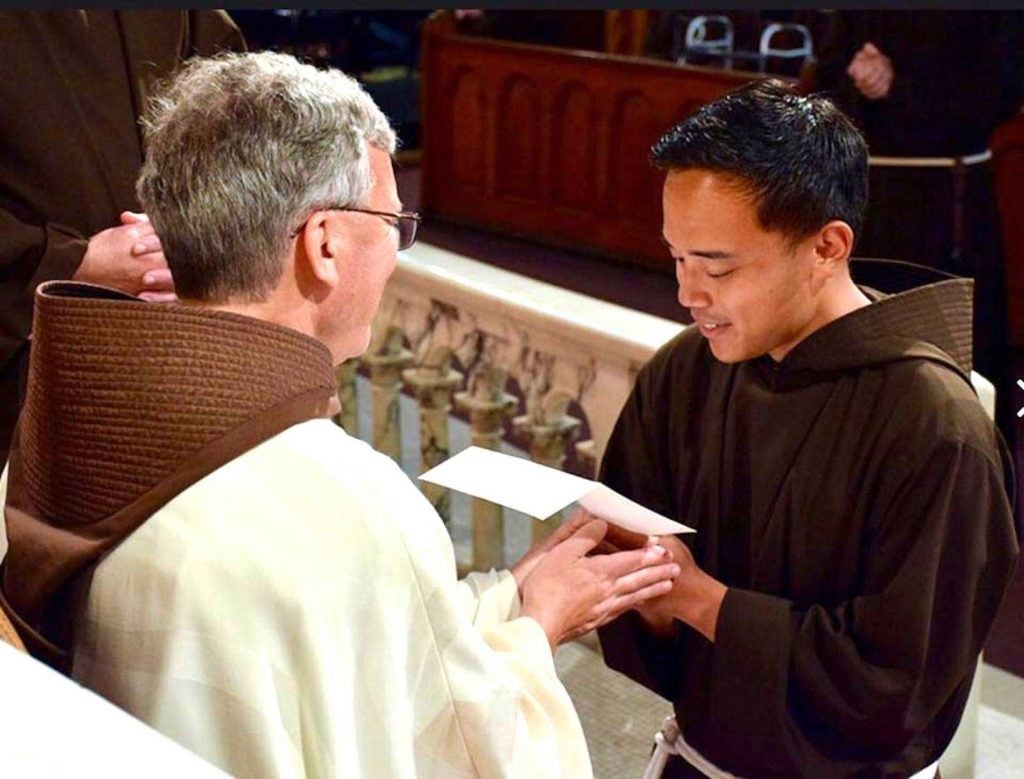 This, even as his oven has given him occasional inconsistent results in the DC friary’s kitchen. “My ovens break sometimes!” he shared with slight amusement.

Away from the limelight, has anything changed for Brother Andrew?

“Life is more or less the same. I’m getting more attention than usual, but my daily life still remains the same; I go to school, pray, serve the poor, and bake,” he said.

“Baking has taught me that life never goes according to plan, but it doesn’t mean life isn’t any less rich. We just have to make the best of whatever comes out of that oven.”

His inspiring story of dedication and perseverance is a tale many Filipinos and immigrant families can relate to. With Faith on his side, his victory was shared by many—one slice of pie at a time. @TheFilam

Lynn Alejandrino-Topel is a Maryland-based public school teacher and mother of twin boys. She graduated from Ateneo de Manila University. She writes about local food as well as travel tips for visitors to the Washington, D.C. area. Contact her through the-mama-travels.com, on IG @themamatravels and @themamareads, and on Facebook: The Mama Travels.