The contagion of history 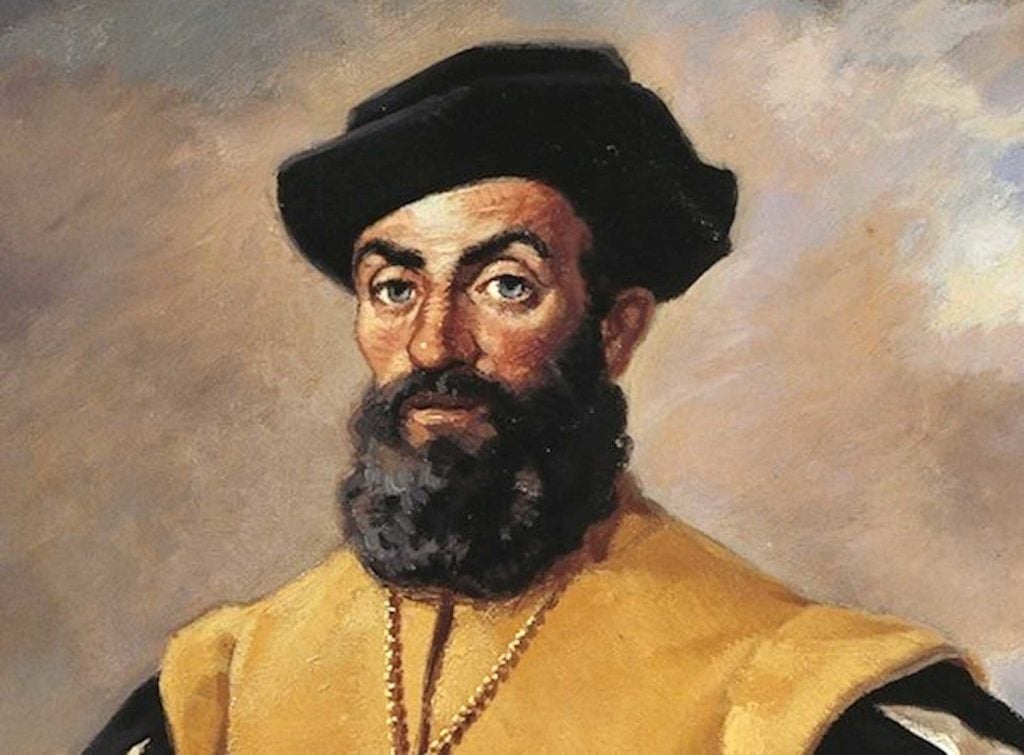 NEW YORK—This past April 14th marked the 499th anniversary of the baptism of Rajah Humabon, ruler of Cebu, and his followers. On that Sunday in 1521, the portly king agreed to convert to Catholicism, not out of any sudden desire for spiritual salvation but in order to cement his and his fiefdom’s alliance with Ferdinand Magellan and Spain, and thus get the bearded explorer to back him in his power struggle with the younger Sri LapuLapu, ruler of nearby Mactan, with whom he had been at odds.

This, according to the journals kept by Antonio Pigafetta, a young Venetian nobleman who served as amanuensis on the historic globe-girdling voyage of the Magellan expedition, and one of eighteen survivors—out of approximately 270 men—to make it back to Sevilla on the Victoria almost three years after five vessels set out in late 1519. Captained by the Portuguese navigator, Ferdinand Magellan, and bankrolled by Spain, the expedition’s purpose was to find an alternate route to the Spice Islands, controlled by the Portuguese, and benefit as well from the highly lucrative trade in spices.

In Magellan’s Voyage: A Narrative Account of the First Circumnavigation (the English translation of the French manuscript), Pigafetta notes: “…[T]he captain took the king by the hand and they went up on the platform. And when he came to baptize him, he told him that he would name him Dam Charles, as was the name of the Emperor his lord. The prince he named Dam Ferrand, after the brother of the said Emperor. … So were baptized, before the mass, fifty men.”

By then, Magellan’s remaining three ships had been in the islands for a month. Writing this at a time of the global pandemic and the maritime tradition of quarantine, or forty days at port without anyone disembarking, I wondered if these ships, with their motley crews, who were not exactly paragons of hygiene, had introduced any Old World diseases to the shores of the pre-Hispanic Philippines, just as Columbus and his men had done to the New World.

There is no record of any of the Cebuanos or any other pre-Hispanic Filipinos getting ill, but then again the main source we rely on is Pigafetta. The Venetian does mention that two crew members did die and were buried in Cebu. That Pigafetta, who was an assiduous observer, doesn’t name them, indicates a cold-heartedness; to him these men were of no importance. Nor does he state the cause of death, though there was no indication that the deaths were caused by an infectious disease. Otherwise, there would surely have been more fatalities not only amongst Magellan’s men but also among the Cebuanos.

By the time the three ships found their way to the Visayas, they had been at sea almost two years, having made landfall previously in South America and in the Marianas. By then, perhaps, whatever viruses, if any, they may have been carriers of, were weakened. Or perhaps the Cebuanos, accustomed to traders and visitors certainly from Southeast Asia, China, and the Middle East, had acquired an immunity that served them well.

These mostly European adventurers spent about six weeks, from March 16 to May 1, 1521 in the central part of the archipelago, that Magellan had named the Islands of San Lazaro, since they made landfall on the saint’s feast day. It was also symbolic, as the harrowing three-month-long, trans-Pacific voyage they made, from South America to the eastern edge of Southeast Asia, killing many of the crew, meant not only a new lease on life for all who survived but also resurrecting the hopes of getting to the Spice Islands. Alas, it meant Magellan’s death, for on April 27, 1521, he was slain in battle against LapuLapu and his warriors.

The lengthy stay was facilitated by Enrique of Malacca, who spoke the language of the region, looked like these pre-Hispanic Filipinos, and who, as I mentioned in previous columns, may have been the first human, and thus the first proto-Filipino, known to have circumnavigated this planet, rather than Juan Sebastian Elcano and the 17 other survivors who successfully returned to Sevilla in 1522.

The expedition may not have brought deadly bacteria. But they brought something that was far deadlier: the virus of colonialism and capitalism cloaked in Christian robes. The islanders, while physically healthy, had very little defense against such a formidable combination, one that forever altered the course of history not only of the archipelago and of Asia but the rest of the world as well. As Albert Camus intimated in his novel, The Plague, man himself is not only the carrier but the plague itself.  To Be Continued