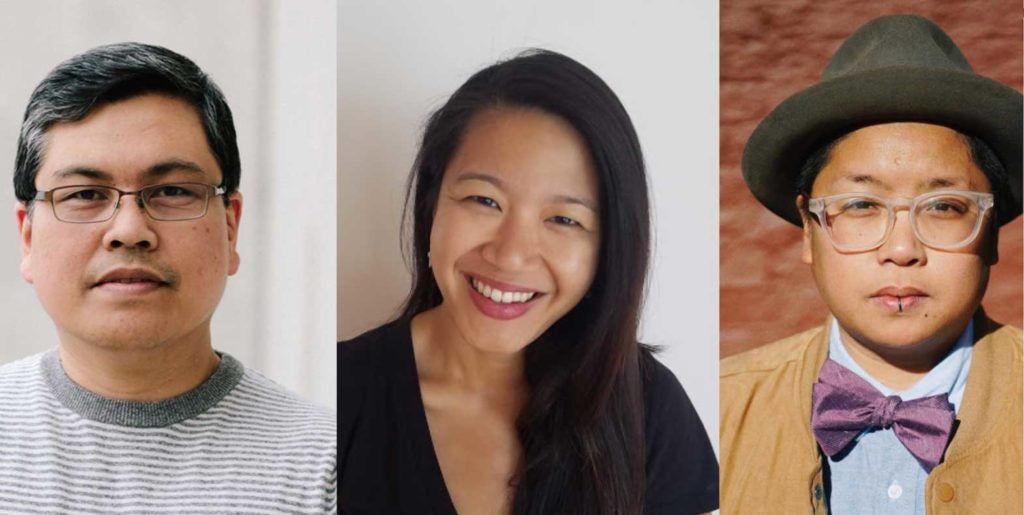 The three collections explore using the past, future, movement and travel as means of tackling emotions, identity and other topics.

April has been designated as National Poetry Month by the Academy of American Poets since 1996. The academy’s website Poets.org serves as a hub for information about poetry events during the month. 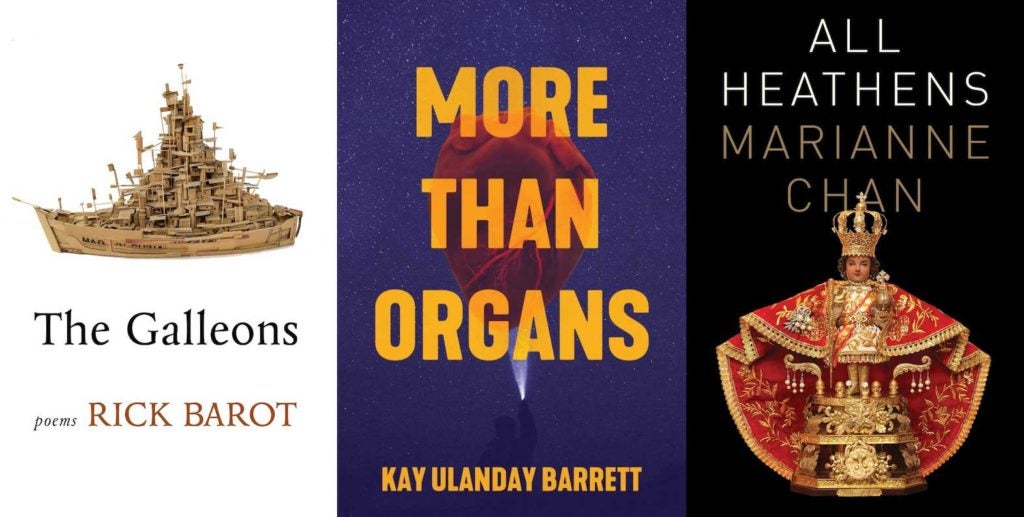 (Listed in chronological order of release.)

In the book, Barot’s poems are engaged in the work of recovery, making visible what is often intentionally erased: the movement of domestic workers on a weekday morning in Brooklyn; a veteran of the war in Afghanistan, fondly sharing photos of his dog; the departure and destination points of dozens of galleons between 1564 and 1815, these ships evoking both the vast movements of history and the individual journeys of those borne along by their tides.

His poems have appeared in numerous publications, including Poetry, the New Republic, Tin House, the Kenyon Review, and the New Yorker. He is the poetry editor for the New England Review and directs the Rainier Writing Workshop—Pacific Lutheran University’ MFA creative writing program.

The book is a “love letter to Brown, Queer, and Trans futures [that] questions ‘whatever wholeness means’ for bodies always in transit, for the safeties and dangers they silo. These poems remix people of color as earthbenders, replay ‘the choreography of loss’ after the 2015 Pulse shooting, and till joy from the cosmic sweetness of a family’s culinary history.” Barrett works “to build / a shelter // of / everyone / [they] meet,” from aunties to the legendary Princess Urduja to their favorite air sign.

Barrett, who is a transgender man and disabled, previously released the poetry collection When The Chant Comes. Barrett’s poems have appeared in anthologies such as Subject To Change, Outside the XY: Queer Black & Brown Masculinity, and Writing the Walls Down: A Convergence of LGBTQ Voices, and in magazines such as The Margins and EOAGH.

All Heathens is a declaration of ownership—of bodies, of histories, of time. Revisiting Ferdinand Magellan’s voyage around the world, these poems explore Chan’s Filipino American identity through her relationship to her family and notions of diaspora, circumnavigation, and discovery.

Chan’s poems have appeared in West Branch, The Journal, Poetry Northwest, Denver Quarterly, Indiana Review, Carve Magazine, among others. She has an MFA in Creative Writing from University of Nevada-Las Vegas. She is the poetry editor of Split Lip Magazine.