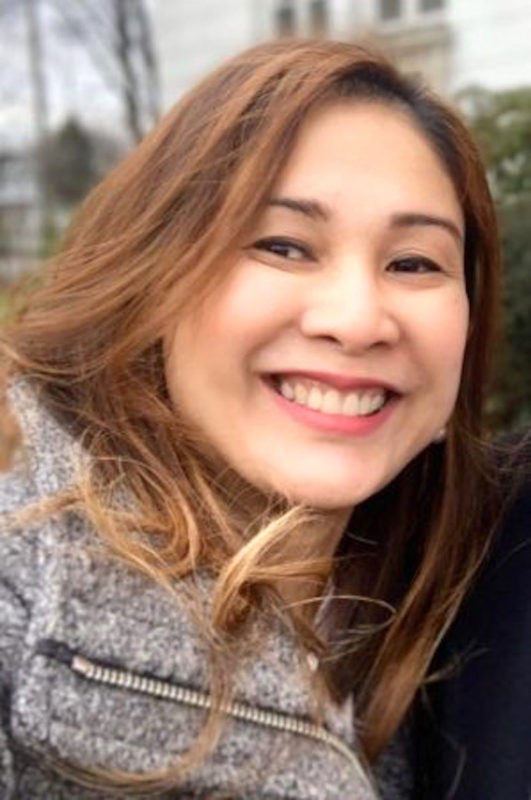 Ilya Evangelista Amatorio, 46, was a longtime clinical nurse manager at Mount Sinai Hospital until she decided two years ago to cut back and spend more time with her growing kids and help with her husband’s mayoral campaign.

Ilya was appointed a member of the Board of Trustees of Care Plus Bergen Inc., a title that speaks to her background and focus as a first lady looking to engage with the community in health-related and wellness issues.

“Care Plus manages Bergen New Bridge Medical Center, the largest hospital in the State of New Jersey and the fourth largest publicly owned hospital in the United States,” she said.

Ilya embraces the role of first lady, always keeping in mind she is there to support her husband who ran on a platform of better infrastructure and financial stability for Bergenfield. “These are the major areas that I know he wants to focus on,” she said. “I don’t doubt they will be able to make Bergenfield a better town,” she said.

Mayor Arvin Amatorio and his wife, Ilya, holding a flyer for a fundraising project for Taal evacuees: “We share the parenting duties.” CONTRIBUTED

At the same time, she has her hands full working part-time as a nurse executive, running the family business, and being a mother to two boys, Lance and Andrew.

Ilya and Arvin met in 1996 when both were working at the Philippine Department of Interior and Local Government. They attended a training seminar in Ilocos Sur, got to know each other, and began dating shortly after. When she went to the U.S. in 2002, Arvin followed.

“When I decided to stay here, he said that he would stay with me.  It was an unexpected decision for him. I think his love for me was so strong that he chose me over anything else he had back home,” she recalled.

Back home, Arvin was an executive at a telecommunications company, while earning his law degree from San Sebastian College of Law. In the U.S. he worked as an adjunct professor in New York City while studying for the New York Bar.  He was admitted to the New York Bar in 2006 and maintained a law office in New York City and in Bergenfield to serve New Jersey clients. 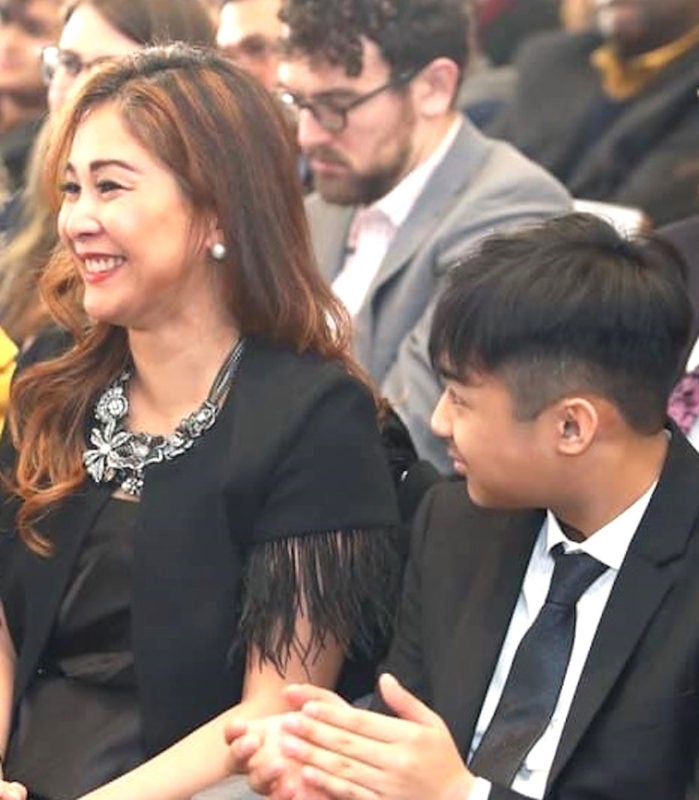 With son Lance, a seventh grader in a private school. CONTRIBUTED

The family lived in Upper Manhattan until they decided in mid-2000 that a suburban environment in Bergenfield would be a better place to raise children. Elder son Lance is now in seventh grade and Andrew is in Pre-K 3. They attend the same private Catholic school.

“Lance is athletic.   He is a 2nd degree Tae Kwon Do black belt and often competes in state and Tri-State Taekwondo Championships.  He is also a varsity basketball player.  Both Andrew and Lance swim.  Lance plays the drums and is a budding disc jockey,” she said. “Andrew is only 3 years old and is very attached to us.”

Ilya’s is no stranger to politics. Her mother, Florencia Balingit Evangelista, was a former councilwoman in the town of Dingalan in Aurora province. Ilya’s brother, Ian, now holds the same position.  Her father, Ildefonso Evangelista, is a retired City Director of the DILG in Cabanatuan City.

“I was born in Cabanatuan City, and spent most of my childhood in Dingalan,” she said.

When Arvin ran, she knew the challenge would be to ably manage her time.  She is “fortunate and touched” by the support she receives from residents and volunteers of the campaign.  As far as parenting goes, it’s a responsibility she shares with the mayor.

“We adjust our time to accommodate our children’s needs.  They are our priorities,” she said. @TheFilAm