Stricken Filipino captain being airlifted from the Balsa 84 cargo ship. US COAST GUARD

The man’s identity and an update on his condition were not given.

The Panamanian-flagged cargo ship Balsa 84 was about 25 miles (40 kilometers) off the coast of Ocean City around 10:20 a.m. when crew members contacted the Delaware Bay command center to tell them the captain was showing signs of a possible heart attack and needed medical assistance, the agency said in a statement. 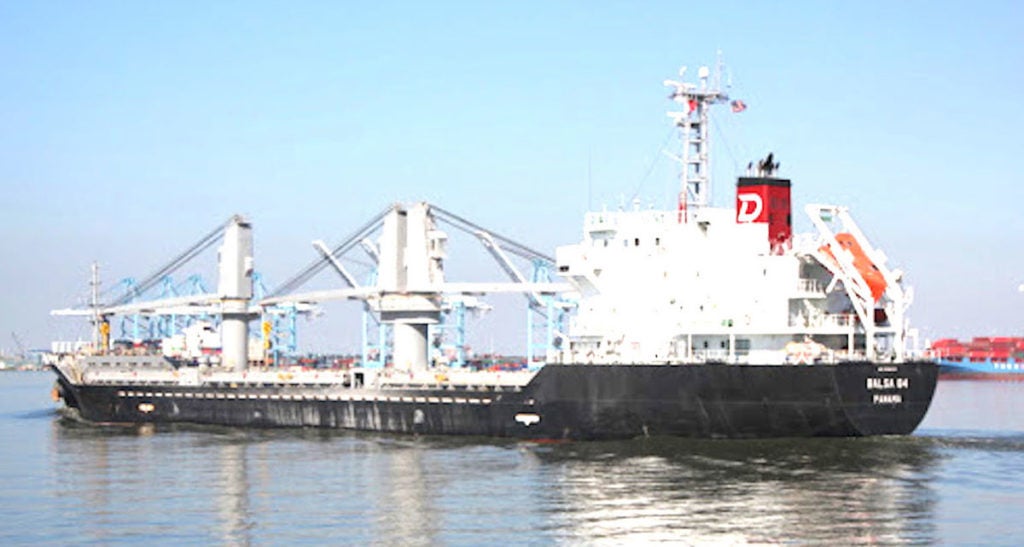 The Coast Guard launched an aircrew from an Atlantic City, New Jersey, air station to retrieve the man as the ship was headed to the Delaware Bay area, the statement said. He was transported by helicopter to Peninsula Regional Medical Center in Salisbury, Md., for treatment.

“We are glad that they contacted us as soon as possible,” said Petty Officer 1st Class Will Lengyel, watchstander during the case. “The speedy notification helped us quickly get the captain the level of care he needed.”