Six years ago, “Frozen” shattered box office records, melted the hearts of youngsters and spawned a franchise so popular Disney was never likely to let it go.

And so Queen Elsa and Princess Anna return this month in “Frozen II” — a sequel its creator’s promise will be “even bigger and more epic,” with its world premiere taking place in Los Angeles Thursday night.

The cast of #Frozen2 has a very important message: Tickets are now on sale for #Frozen2. Get yours now! https://t.co/0lKUc4XMbZ pic.twitter.com/NVmlJznqdk

Inspired by Hans Christian Andersen’s “The Snow Queen,” the original followed Anna on her journey to find sister Elsa, whose hard-to-control icy powers had trapped their kingdom in eternal winter.

The sequel, out November 22, explores the royal family’s backstory and promises to answer fans’ questions, including the source of Elsa’s formidable magic.

“Why was Anna born the way she was?
Where were their parents really going when that ship went down? Is there really such a thing as happily ever after?”

After a prologue set in the past, “Frozen II” sees a mysterious voice return to haunt grown-up Elsa.
It urges her to leave her happy castle and embark upon a new, perilous quest to a far-away enchanted forest.

The first “Frozen” (2013) reigned as the top-grossing animated film of all time, taking nearly $1.3 bn worldwide until this year’s “Lion King” remake came along to steal its crown.

“It became an absolute phenomenon — the music, the characters, the stories really resonated,” said Paul Dergarabedian, a senior media analyst with Comscore.

The movie’s success was all the more remarkable as, unlike Disney’s highly lucrative series of “live-action” remakes of classic animations, “Frozen” was an entirely new brand.

“It is a big deal — it’s great to have your archive, to reboot your beloved Disney” stories, said Dergarabedian.
“But it’s another thing to create something out of whole cloth, and have it now become a film that’s canonized within Disney as one of their greatest franchises of all time.”

“Frozen” has since spawned a Broadway musical, theme park rides and merchandise from toy figures to books and video games.

In a show of the franchise’s importance to Disney, “Frozen” creator Lee was promoted to chief creative officer of Walt Disney Animation Studios following John Lasseter’s 2018 exit amid allegations of sexual misconduct. 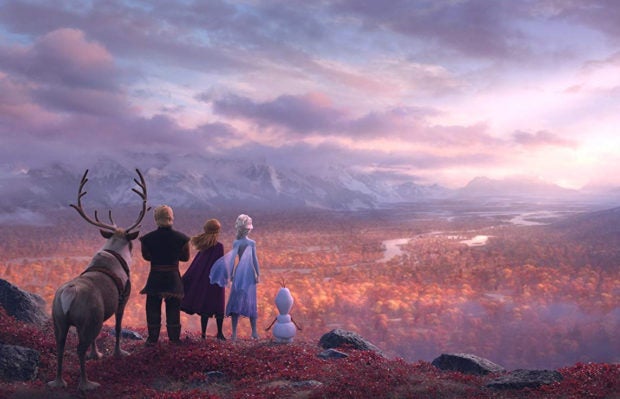 The sequel sees stars Kristen Bell and Idina Menzel — who sang Oscar-winning showstopper “Let It Go” — return, as do the original songwriters.

Joining the starry voice cast are Sterling K Brown (“This Is Us”) as a soldier trapped in the forest, and Evan Rachel Wood (“Westworld”) as the princesses’ mother, shown in flashbacks.

The excitement surrounding the sequel “will catapult it to a potentially $100m-plus opening weekend” in North American theaters, predicted Dergarabedian.